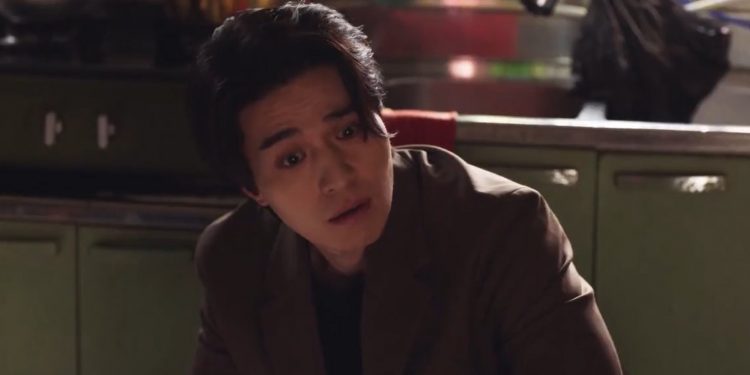 Investigating another similar murder case, ‘Bad and Crazy’ Episode 10 will be releasing this weekend. After Young Joo’s case, ‘The Eye’ drug case has become the main priority. And with a similar case being reported just the next day, the team is on high alert. With a very questionable alibi, everybody has to pay attention. And not let things go loose as they did in Young Joo’s case. Looking around Young Joo’s house, Hee Gyeom found something weird and went on to interrogate the girl. As she asked her about the packet, the girl had no idea where the drug came from.

Meanwhile, Soo Yeol went on to see the prosecutor when he walked into seeing the prosecutor’s mother performing a ritual. Finally getting a chance to talk, he told him about Baek Young Joo. Soon after, Hee Gyeom also came into the office to talk about the same thing. As they both walked out of his office, they told each other about the things they know about Baek Yoong Joo and her father abusing her. While Jae Seon and Kyung Tae are investigating Baek Young Joo’s murder case, the prosecutor went on to see her at the prison. Talking to her, he noticed that she wasn’t really listening to him and asked what date it is. The investigation team, too, found a video in Young Joo’s laptop.

‘Bad and Crazy’ Recap: What Happened In Young Joo’s Case?

The video showed her killing her father and talking about how her eyes are finally open. As they were talking about the video, they got a call about Young Joon being in the hospital. Reaching there, they Soo Yool and Hee Gyeom got to know that she slit her wrist out of nowhere. His doctor suggested that it could be the case of gaslighting. Giving him the hint to find the connection with the yellow raincoat, he told him that somebody might’ve manipulated her to murder her father. Going to see her teacher, the teacher told Soo Yeol that Young Joo once ran away with a bully.

Talking to the bullies, he got to know that Young Joo went to a therapist at the Youth Centre. Talking to the teacher, he got to know it is the same therapist he was supposed to go to. Trying to get things out about the case as Soo Yeol talked to the therapist. But Ju Hyuk went on to diagnose Soo Yeol instead. The next morning, he went on to see Young Joo. As she confessed that she’s the one who killed her father, she talked about a person who opened her eyes. As Soo Yeol asked if its the same person who gave her the drugs, Young Joo couldn’t get herself to say anything but asked him the date.

‘Bad and Crazy’ Episode 10 will release on January 15, 2022. As the clock strikes, Young Joo escaped the hospital and ran straight to Shin Ju Hyuk’s office and stabbed him. Arriving at his office and looking around, Soo Yeol saw a location marked on his computer. Reaching the location, he called out for Young Joo. Looking at the blade in her hand, he tried to stop her. Telling him that he’s looking for the wrong person, she asked him for the date again. Hearing it’s October 2, Young Joo stabbed herself, ending the murder case right there. Having the access to Young Joo’s dark web account, Soo Yeol logged in to the chat room. But looking at the person on the other side of the screen, knowing his real name, has him shocked. Now becoming the main target of Boss Yong and maybe the doctor, Soo Yeol might be in big trouble.

‘Bad and Crazy’ episode 10 will be available to watch on the streaming platform ‘iQIYI’. With each episode having a runtime of around 1 hour and 5 minutes. The show has finally reached the halfway mark, and things are getting excited with every episode.

Also Read: ‘User Not Found’ Episode 13: Is Bae Jinyoung The One Making The Playlists?