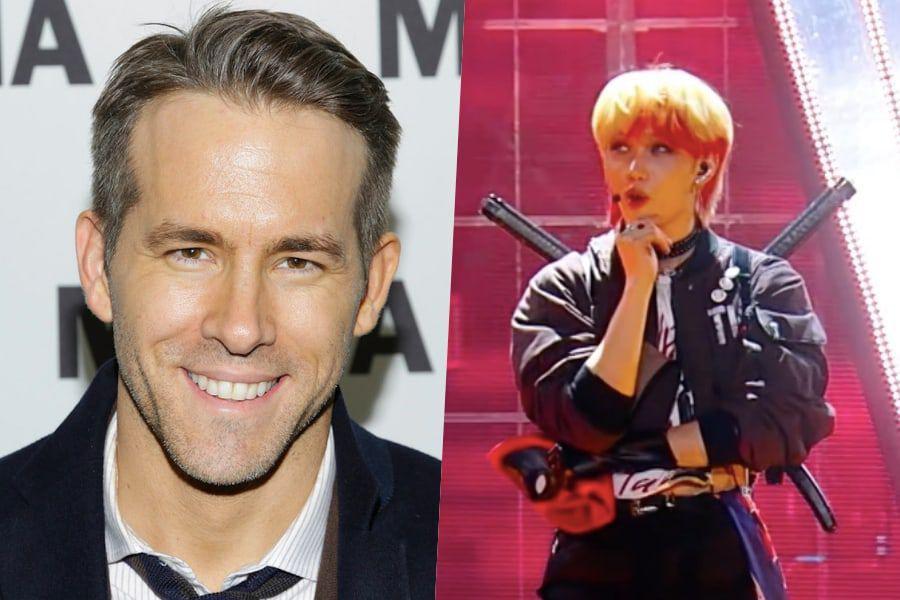 Over the last few years, K-Pop has been trending at all times under most pop culture topics across the world. This time, it is the fourth generation band Stray Kids who have made the headlines. In the wee hours of 21st May 2021, Ryan Reynolds Tweeted About Stray Kids’ Deadpool Inspired Performance. On the 20th of May, the group performed on the 8th episode of Mnet’s hit show – Kingdom: Legendary War. Their performance led to Reynolds acknowledging them on Twitter. Read more about it below. But before that, here is some background on Stray Kids.

The formation of Stray Kids is actually quite an interesting story. The band was formed in 2017 after the members were selected from a reality show of the same name. The group made its debut in March 2018 and has been unstoppable since. Although initially, Stray Kids was a 9-member boy band, one member left in October 2019. They are one of the most promising groups of their generation. Read on to find out more about their latest Deadpool-inspired performance and interaction with Dealpool himself.

On the 20th of May 2021, the 8th episode of Mnet’s popular survival show Kingdom: Legendary War was released. The lineup for this episode was remarkable. We saw BLACKPINK’s Lisa collaborate with fellow bandmates IKon on their song Pretty Savage and sing a rendition of it – Classy Savage. Similarly, one of the most popular fourth-generation K-Pop groups – Stray Kids is also one of the strongest contenders on the show. On the 8th episode that aired last Thursday, the popular boy band sang a BLACKPINK’s Ddu Du Ddu Du rendition. Interestingly the band also incorporated the lyrics of one of their most famous songs God’s Menu into the lyrics with certain small changes. The performance turned out to be absolutely legendary. Check it out below.

Now, what is even more intriguing about this performance is that – the theme was inspired by the famous Marvel Cinematic Universe movie – Deadpool. At the beginning of the performance, we saw Lee Felix from Stray Kids enact a little scene from the movie – dressed in an adorable Deadpool costume. Fans around the world completely lost their calm when they saw this performance. The Twitter community didn’t sit quiet and were on their feet immediately to ensure that the group’s performance reached the original Dealpool makers. Ryan Reynolds took to Twitter to acknowledge Stray Kids’ hard work. The band also replied to the veteran actor. Check out the endearing Twitter exchange below.

The Deadpool Series comes from the house of the Marvel Cinematic Universe. Two movies have already been released while a 3rd one is on the floors currently. We can expect it to be out in late 2022 or early 2023. The movies are about a man called Wade Wilson, played by Reynolds who suffers from a terminal disease but falls in love. To cure himself, he is injected with some mutant genes. The rest of the storyline follows his new life and identity.

Kingdom: Legendary War – Everything About The Show

Mnet’s hit reality idol survival show – Kingdom: Legendary War is about 6 famous fourth-generation boy bands competing against each other to prove their musical prowess. All the boy bands are from different agencies and are have hence had different kinds of training. It is interesting to see how they compete against each other to win the grand prize – a reality show of their own. The six boy bands are – ATEEZ, Btob, IKon, Stray Kids, SF9, and The Boyz. The show has been on air since April 1st, 2021. The new episodes air every Thursday. There are a total of 4 rounds in each episode. The first three are pre-recorded while the last one is aired live.

Hyunjin from Stray Kids has been absent from the show for a while now. His absence has to do with JYP Entertainment halting his activities with the group after bullying rumors from middle school surfaced against the idol. However, fans want to see him back as soon as possible. His absence may cause his group to lose even though they are now one of the strongest contenders. Stay tuned to this page for more.