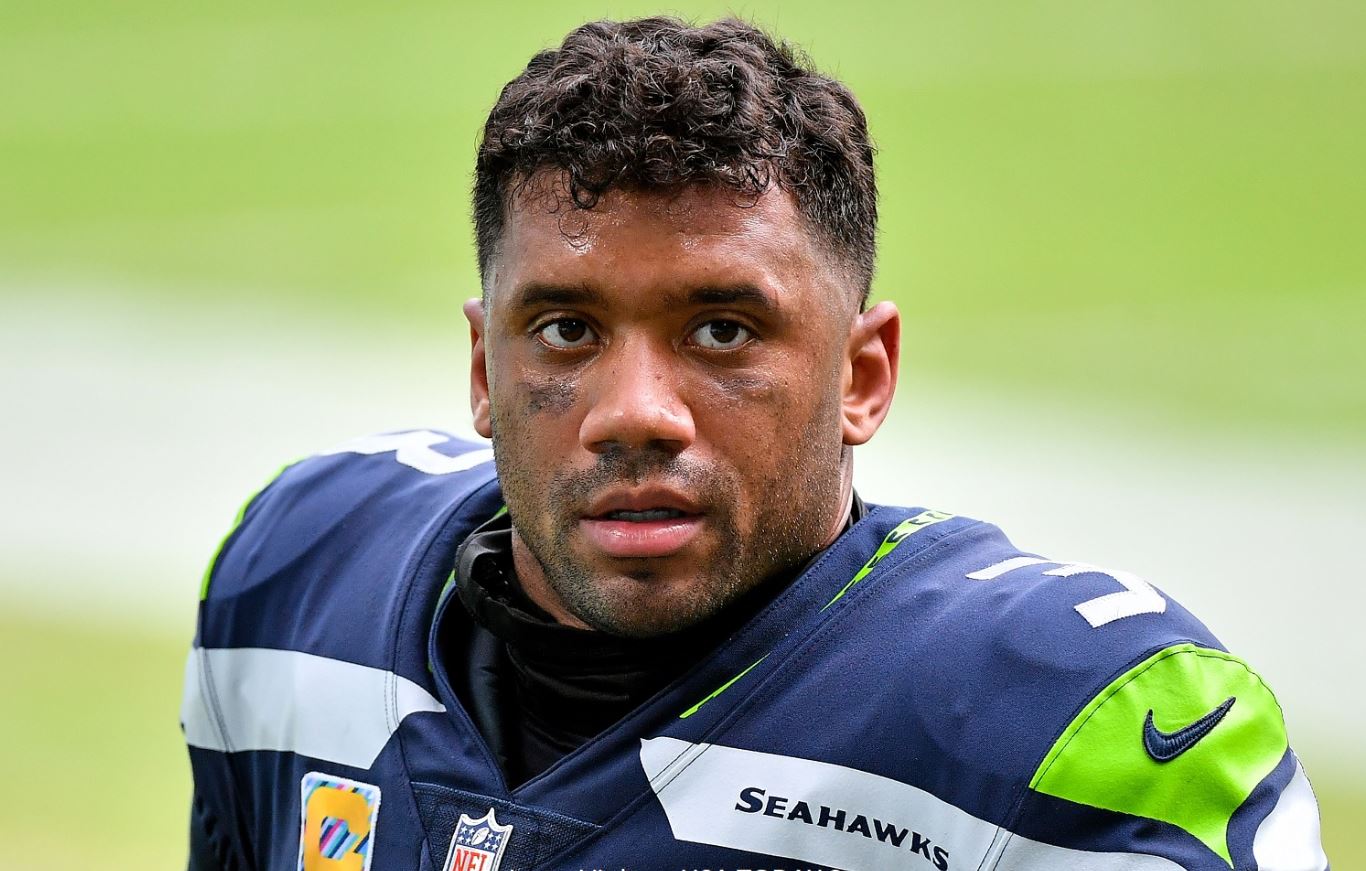 Russell Carrington Wilson is an American football quarterback who plays for the Seattle Hawks in the National Football League. Russell was born on 29th November 1988 in Cincinnati, Ohio. He soon was known as a talented athlete as he played baseball for North Carolina State University between 2008 and 2010. He even played in other minor leagues where he played for the Tri-City Dust Devils in 2010 and Asheville Tourists in 2011. And as of 2019, his baseball rights are owned by the Double-A New York Yankees affiliate, Somerset Patriots while he had already switched over to football in 2011.

Russell Wilson made a career change to Football as he transferred to the University of Wisconsin in 2011. Here, he ended up winning the Big Ten title along with the 2012 Rose Bowl. His debut season was off to a flying start as he beat Matt Flynn to the starting job as well as tied up with Peyton Manning’s then-record for Most Passing Touchdowns by a Rookie. Along with this, he was even named Pepsi NFL Rookie of the Year. He soon broke the single-season FBS record for Passing Efficiency which was 191.8 in the match. As for the NFL Draft, he was picked 12th in the third round in 2012 by the Seattle Seahawks. This was one great decision as Russel Wilson lead the team to win the 2013 Super Bowl along with eight Pro Bowls. 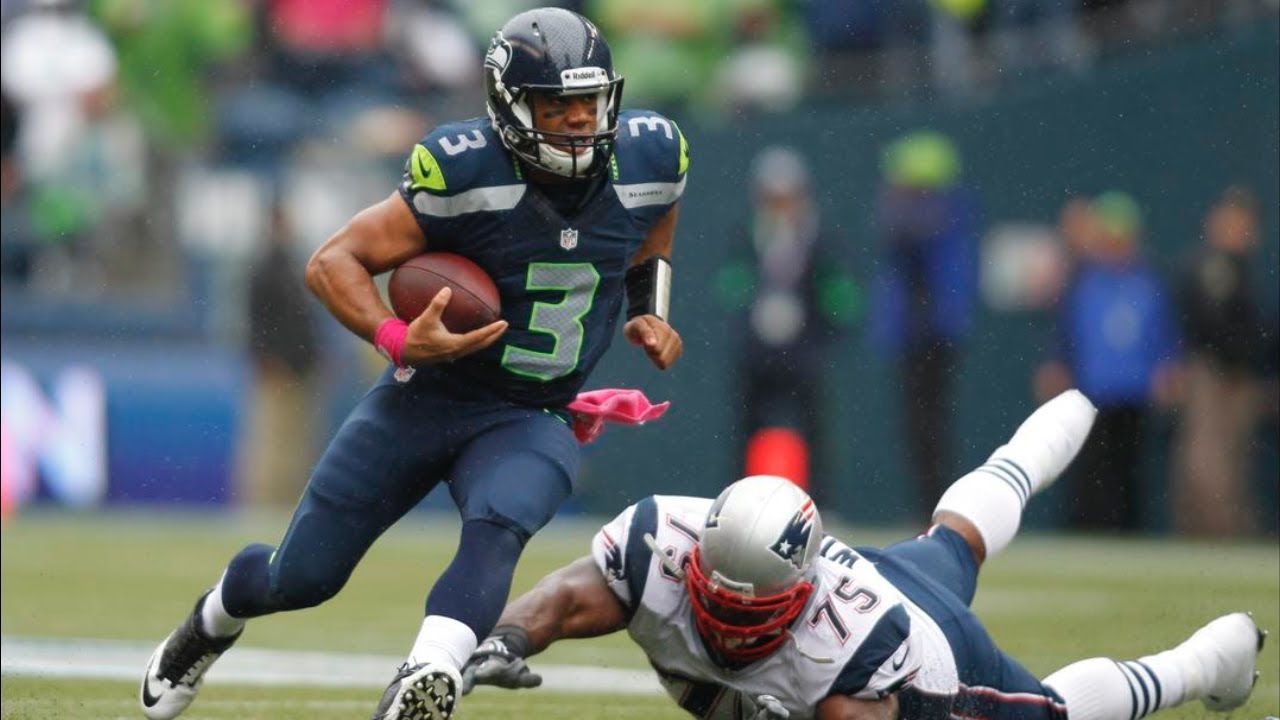 Russell Wilson is a player with high skill level and achievements making him one of the best dual-threat quarterbacks in the league. He even made it into the NFL history books by being one of the only four quarterbacks to have a passing rate of over 100. He even has the most wins as a quarterback in nine seasons with a career total of 98. And in 2020, he also became the third quarterback to throw for 30 touchdowns in four consecutive seasons. Russell Wilson was even awarded for his performance in the 2020 season as he won the Walter Payton NFL Man of the Year.

On 31st July 2015, Russell Wilson signed a contract extension with the Seattle Seahawks. This contract would see a four-year contract extension to be valued at $87.6 million. along with this, he was even to receive a signing bonus of $31 million out of which $60 million was guaranteed. According to his contract, he played his rookie year at a base salary of $700,000 after which his base jumped up to a whopping $12.34 million. This again increased to $12.6 million, which in turn again increased to $15.5 million and $17 million in 2018 and 2019 respectively. In April 2019, Russel Wilson signed a new four-year contract extension in which he would earn $140 million, which made him the highest-paid NFL player at the time. This contract came along with a $65 million signing bonus and a total of $107 million guaranteed money. 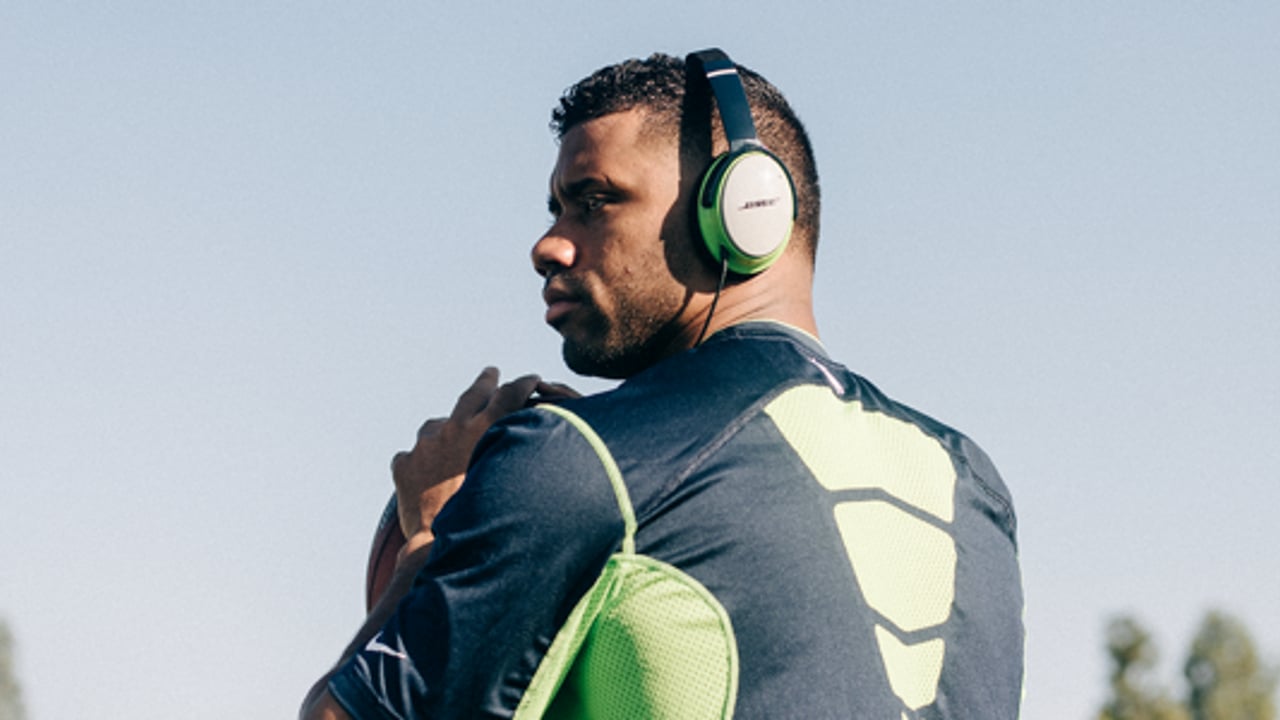 Wilson in a Bose Endorsement Advertisement.

Russell Wilson’s popularity made him appear in a multitude of endorsements ranging in a plethora of well-known brands. These brands include Amazon, Bose, Levi’s, Nike, Mercedes Benz, Microsoft, Duracell, American Family Insurance, Alaska Air Group, Braun, Wilson Sporting Goods, and United Way. He even made his way into consumables as he endorsed a frozen fast-food brand, Luvo. He even made his way into a water supply company as he endorsed Reliant Recovery Water in 2015. All these endorsements earn Russell approximately $9 million. Last year, Wilson even became the Chairman of NFL FLAG. In this, he worked with the flag football organization to recruit athletes at a young age to provide them with the proper training. Lastly, he even became the ambassador for the Charles Ray III Diabetes Association.

Also Read: Lil Wayne’s Net Worth: What Does The Rapper Own?

Russel Wilson is a businessman who has great expertise in the business field, having made numerous investments into the sporting industry. First and foremost he invested in the Portland Diamond Project. This project aims at bringing in a Mini League Baseball team to Oregon. In 2014, Russel Wilson announced his intent on investing in developing a new Sports Arena in Seattle’s SoDo neighbourhood. He partnered alongside hedge fund manager Chris Hansen, NBA player Wally Walker and Erik, and Pete Nordstorm to provide for future NBA and NHL teams. In 2015, Russell Wilson made a $7 million investment into a football helmet manufacturing company called VICIS. The next year, he even invested and endorsed a mattress company called “Molecule”. In 2019, Russel Wilson alongside his wife, Ciara took joint ownership for the local Major League Soccer club, the Seattle Sounders FC. 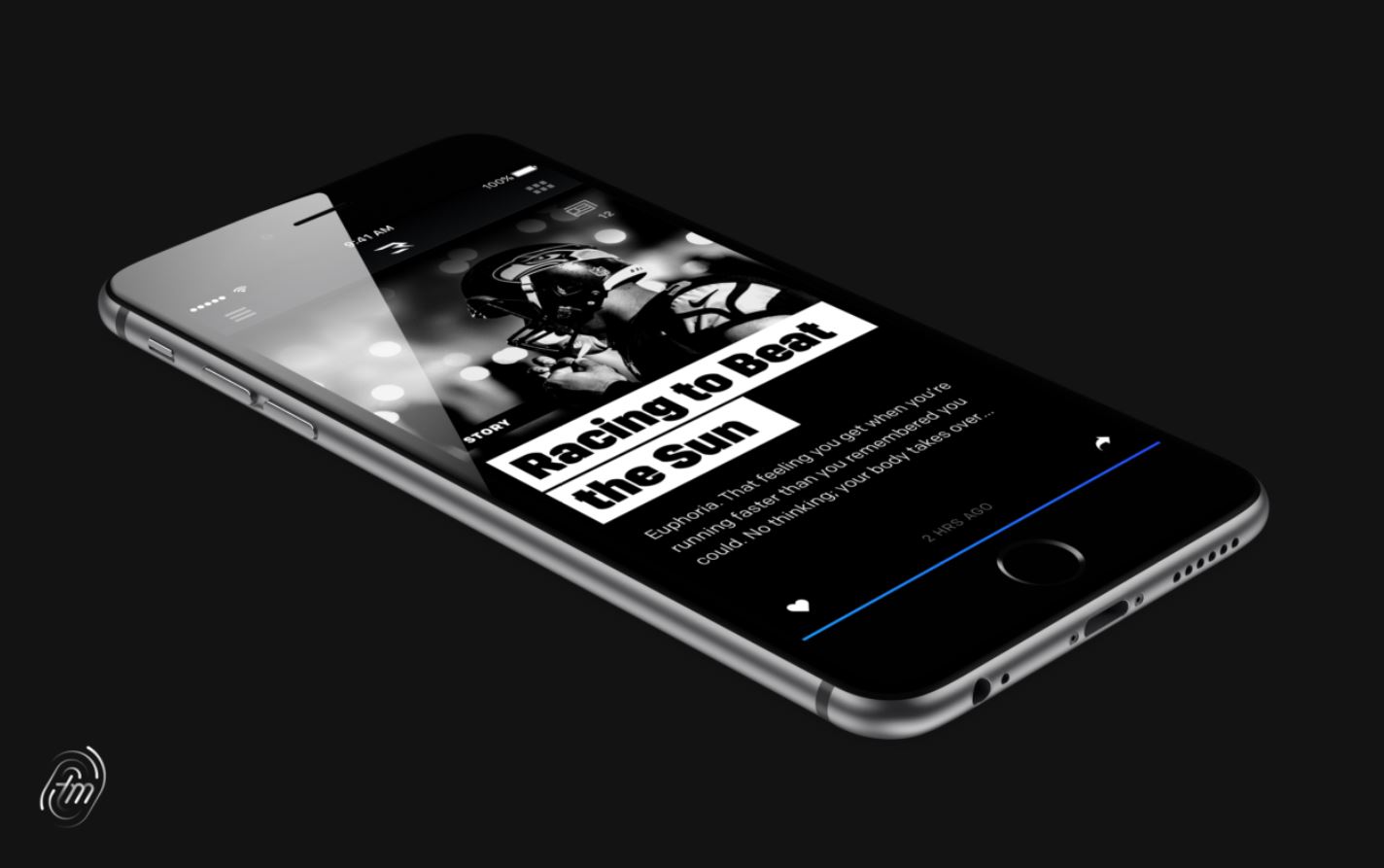 Russell Wilson’s only income sources do not stop at his salary and endorsements with multi-million dollar companies. His own ventures include being the CEO of a brand management company called “West2East Empire”. This company oversees two other production companies. Wilson even began his clothing line in 2016 called Good Man Brand. In the same year, he even partnered with Juice Press to launch the company’s first franchise in Seattle. In 2017, Wilson founded “TraceMe”, which was a platform allowing fans and celebrities to connect. This app had a plethora of investors ranging from Jeff Bezos, Alibaba co-founder Joe Tsai, and, YouTube co-founder Chad Hurley.

Also Read: James Arthur’s Net Worth: How Much Does He Earn Currently?

In 2015, Russel Wilson purchased a $6.7 million home in Bellevue, Washington. This waterfront mansion is a work of beauty that sits on Lake Washington. The mansion was built back in 2008 which went into the market in 2010. Years later, Russell bought this two-story, 10,700 square-foot home. This home had seven bedrooms with 6 bathrooms. And in terms of its location, it lays on the most beautiful of locations having a view of Lake Washington and nearby mountain ranges. The mansion even has five fireplaces, a wine cellar, skylights, and a walk-in pantry. Wilson even has a wide variety of cars namely Mercedes Benz G Wagon, an Audi, a Range Rover, and, a Tesla. 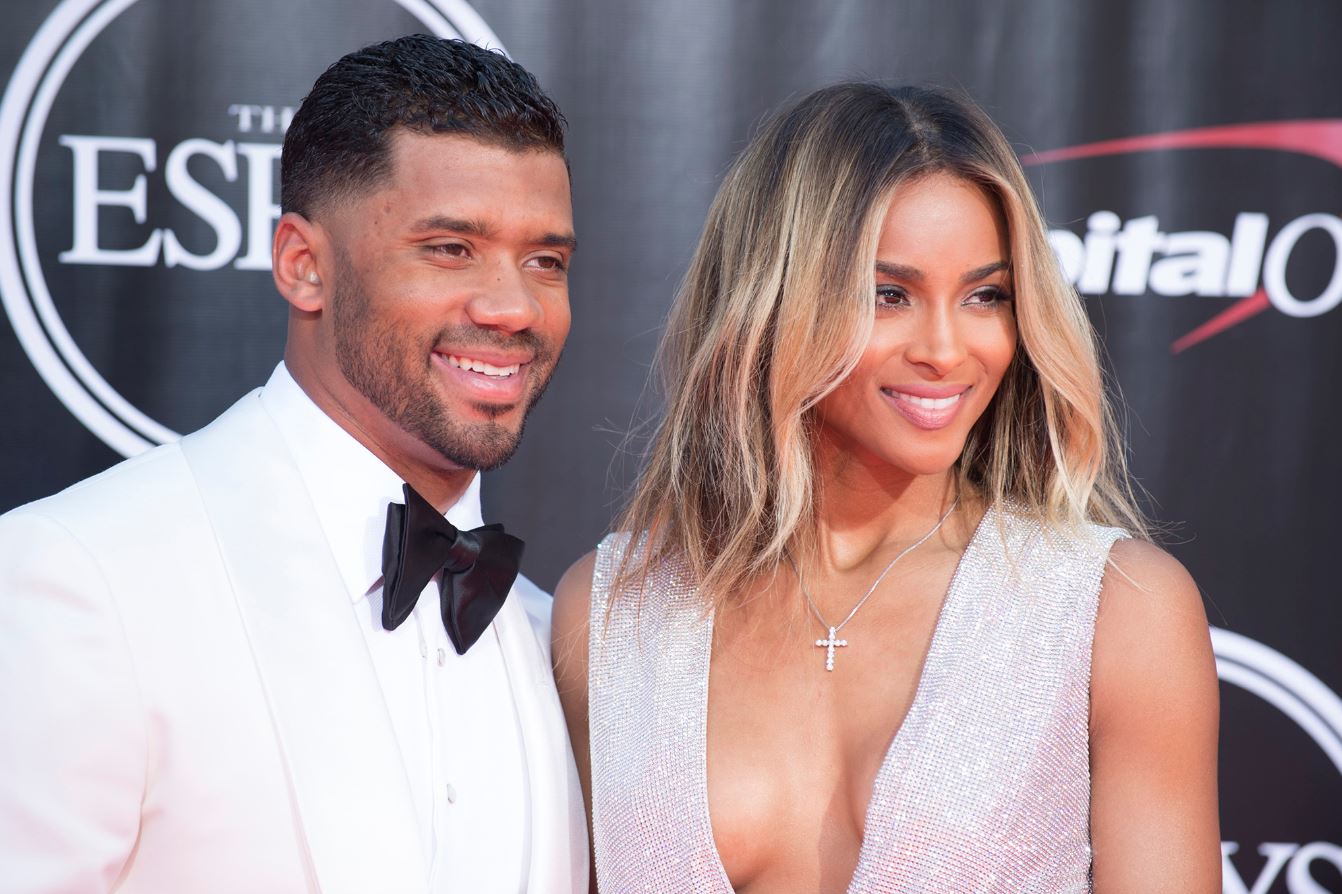 Russell Wilson along with his wife, Ciara.

Russell Wilson is a Christian and has quite frequently talked about his faith on his social media accounts. When he was young, he met Ashton Meem in high school after which she followed him into Wisconsin. This couple got married in January 2012 and, later got divorced in April 2014. Their relationship after the divorce is known to have been quite amicable. Later, in early 2015 he met and started dating the R&B Singer, Ciara. And being of the religious faith they are, they decided to be celibate until their marriage. They made their engagement announcement in mid-March 2016 and later got married in an English Castle on 6th July 2016. They had two children along with which Ciara had a son from her previous relationship.

As a philanthropist, Russell Wilson has weekly visits to Seattle Children’s Hospital on his days off from the NFL Season. In the offseason, he is known to put up the Wilson Passing Academy, which was a youth football camp. He even visits the brave army soldiers as he visits the local military base. As mentioned above, he is the National Ambassador of the Charles Ray III Diabetes Association. For this,  he donates the funds he acquires from his youth football camps. He is even known to host charity events and has even donated a little more than $1 million to the Seattle Children’s Hospital. Lastly, during the Covid-19 pandemic, Russell Wilson and Ciara partnered with Food Lifeline to donate one million meals to those in need.

What is Russell Wilson’s Net Worth? 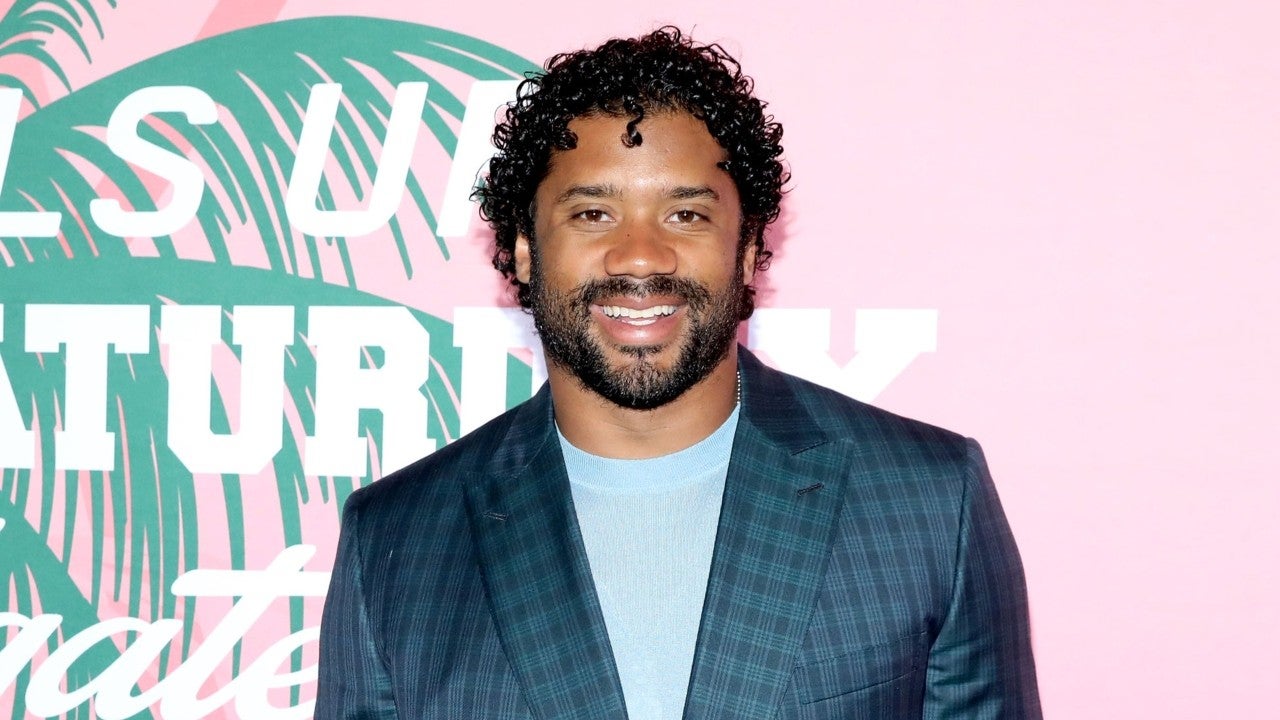 Russell Wilson has a net worth of $140 million. Being a professional Football player playing in the NFL, Russell Wilson is a starting quarterback in the Seattle Seahawks. His performances have been top-notch which has even earned him appearances in two Suoer Bowls. All of which earned him high-level contracts earning him tens of millions in a year. He has become one of the most highest-paid sportspeople in the world. If that weren’t enough, he even was the highest-paid quarterback in terms of per-season earnings. This along with his endorsements, investments and real-estate rack up a net worth of somewhere around a whopping $140 million.

Also Read: Geneo Grissom Net Worth: How Much Did He Make As A NFL Player?