Riz Ahmed is a popular British actor and rapper who has been in the entertainment industry since 2006. 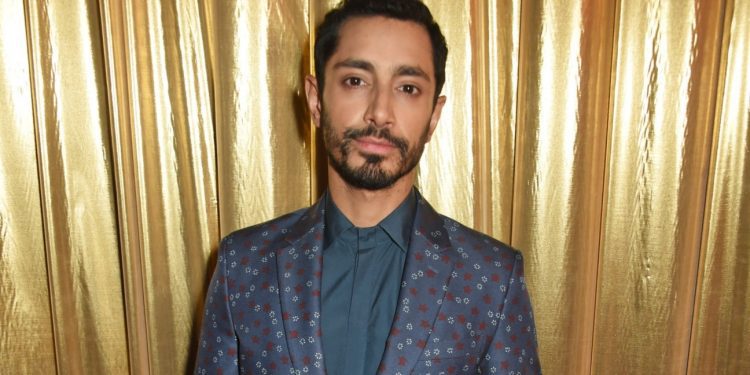 Riz Ahmed is a popular British actor and rapper who has been in the entertainment industry since 2006. He is best known for his roles in Rogue One, The Night Of, Four Lions, Nightcrawler, and Jason Bourne. British actor Riz Ahmed was born in Wembley, London, to an English-Pakistani family. He was born on December 1, 1982, and his name is Rizwan Ahmed. His grandparents moved from Karachi, Sindh, Pakistan, to England during the separation between India and Pakistan in the 1970s. The names of his parents are unknown.

He is of Pakistani descent and is a British citizen. Ahmed graduated from Merchant Taylors’ School in Northwood and graduated from Oxford University with a degree in Philosophy, Politics, and Economics (PPE). Riz then attended the Central School of Speech and Drama in London. His career success has paid off well, with a net worth of $3 million.

Riz is currently involved in the filming of The Sisters Brothers, in which he will appear as Morris. He encountered controversy when he was typecasted as a terrorist. Riz is 1.72 m tall and weighs 70 kg. His hair color is black, and his eyes are dark brown. He is active on social media sites like Facebook, Instagram, and Twitter. He has more than 65.8 thousand followers on Facebook, has about 177,000 followers on Twitter, and has more than 321 thousand followers on Instagram.

Riz Ahmed is married to Fatima Farheen Mirza. The two actually got married recently, and Ahmed announced earlier this year that the two were getting married in an intimate ceremony in 2020. The actor and writer kept their relationship secret, but we did a little research to find out everything you need to know about the Oscar-nominated actor and his relationship with Mirza. The pair met by chance at a New York coffee shop sometime in 2018 while preparing for his role in Sound of Metal. And in 2020, the actor and writer tied the knot in a small and intimate, secure, COVID-safe wedding.

While appearing on The Tonight Show with Jimmy Fallon, the actor confirmed that he was married and revealed the story of the first meeting between him and Fatima. At the Oscars on April 25, 2021, Riz became the internet’s favorite husband after a video that showed a red carpet scene where a photographer captured him while he straightened his wife’s hair. The famous couple Mirza and Ahmed made their red carpet debut on their big night as Oscar nominees at the 93rd Academy Awards.

Fatima Farheen Mirza, Riz’s wife, was born on April 10, 1991. Fatima is an American writer, best known for her novel A Place for Us (2018), which was a New York Times bestseller. She was born in California, United States, in 1991, but her full date of birth is unknown. The names of her father and mother are unknown, but it is known that they are of Indian origin.

Fatima’s ancestors were Indian, and academically, she attended the University of Lowa. Fatima Farheen Mirza is a writer by profession. She wrote his first novel, “A Place for Us”, and it was released in 2018. She is also associated with a record label called Der Audio Verlag. In 2019, she published an audiobook entitled “Worauf wir hoffen” (Ungekürzt).

Talking about Riz Ahmed’s career, he has been in the entertainment industry since 2006 and is still active there. In 2006, Riz made his film debut in The Road to Guantanamo, where he played the character Shafik. In the same year, he also appeared as Yosri in two episodes of The Road to 9/11. His career was successful with the vital role of Shifty in the film Shifty. Riz was also nominated for a British Independent Film Award in the category of Best Actor for his role. Equally calm, he spreads his wings in both mediums. With his impressive acting, he managed to impress his fans and critics alike.

In 2010 he appeared in the role of Omar in the film “Four Lions” and in 2012 as Aaron in III Manors. In 2014 he became known to the world as Rick in the movie Nightcrawler. He appeared in the TV mini-series The Night of as Nasir Khan in 2016 and was nominated for the Golden Globe and SAG Award for the same role. Apart from his acting career, Ahmed is a rapper who has released several singles, mixtapes, and albums. He founded the hip-hop group Swet Shop Boys with Heems of Das Racist. In 2011 he released his first album, Microscope, and in 2016, his mixtape English.