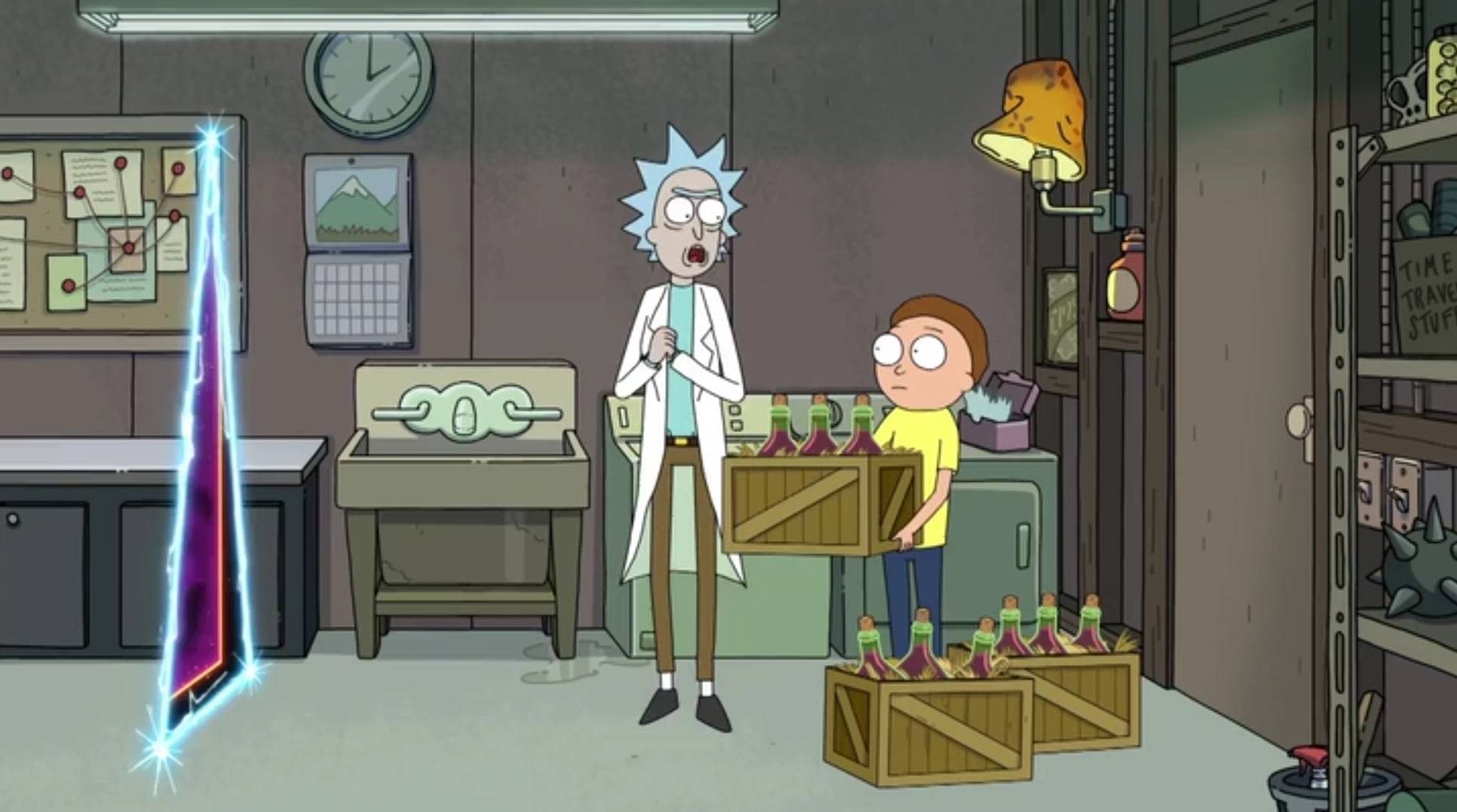 Rick and Morty are back, and this time they will be consistent, unlike the previous fourth season. The episodes are releasing accordingly and so is the upcoming Rick and Morty Season 5 Episode 2. An episode that will see Rick once again in the hands-off danger. Leading not only himself on the run but also Morty and the rest of the family. How will it go down? Well, we hope at least not like the first episode. Morty brought war to his house. Especially when he messed up the wine delivery for Nimbus and Jessica. While Rick made up with his nemesis Nimbus, at the same time, Morty brought a new enemy for them.

Throughout the last episode of Rick and Morty Season 5. Morty spent time bringing wine from one dimension to other to bring well-aged fine wine. This saw him taking help from an anthropomorphic dog who lost his wife in process of helping Morty. The blame was on Morty, and the dog as in the Hoovy was bent on revenge as his son became all jacked up. What next was a war between Morty and the entire Hoovy family as both tried to outdo each other? One for revenge and the other for wine. So let’s breakdown, what happened previously on the show, and then we will move to Rick And Morty Season 5 Episode 2.

Previously on Rick And Morty, we opened up to another one of the duo’s adventures in space. But returning home becomes a complication when their plan starts crashing in. Thinking they are about to die, Morty decides to call Jessica and confess his feelings. Luckily they manage to survive as they crash into the ocean. But not so lucky for Rick as he meets his old nemesis Mr. Nimbus, King of the Ocean. With Rick on his ocean, Nimbus is quite unhappy and comes to the surface to sign a treaty. 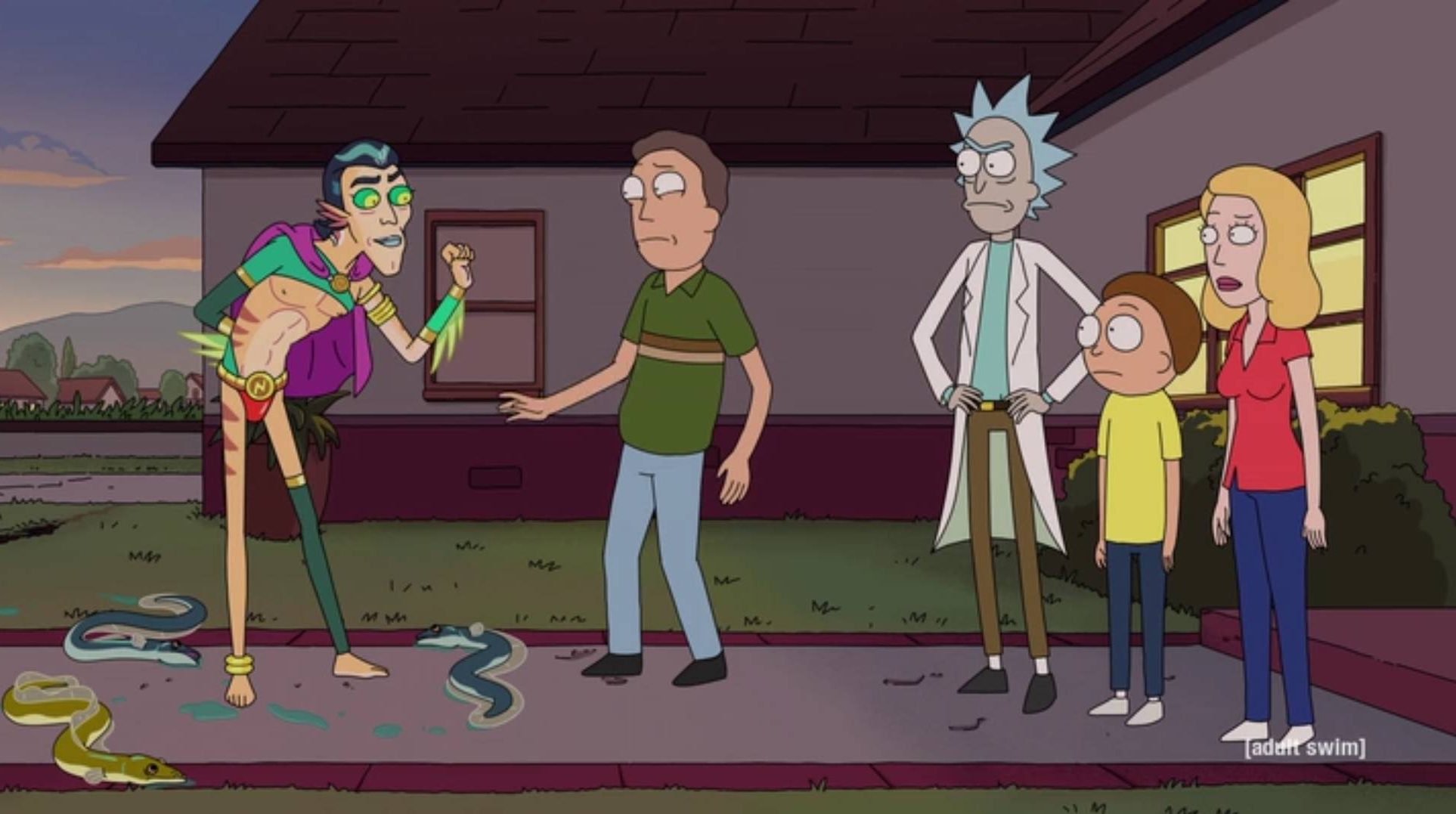 Jessica arrives at the Smiths and asks for the wine too. Going back into the portal where time passes quickly to bring in the wine, an anthropomorphic dog Hoovy helps Morty while leaving his pregnant wife behind. She eventually dies before Hoovy comes back to meet his grown-up son with revenge on his mind. Hoovy blames it all on the kid from the portal as in Morty. So, Morty returns with two bottles both for Nimbus. So he needs to go back to bring more for Jessica and ends up meeting a jacked-up son of Hoovy who beats him. Morty runs to the portal but re-enters it near the future to meet an old Hoovy with three sons. He kills Hoovy in front of his kids to get the bottle. This time the three kids start preparing defenses after watching their father die. 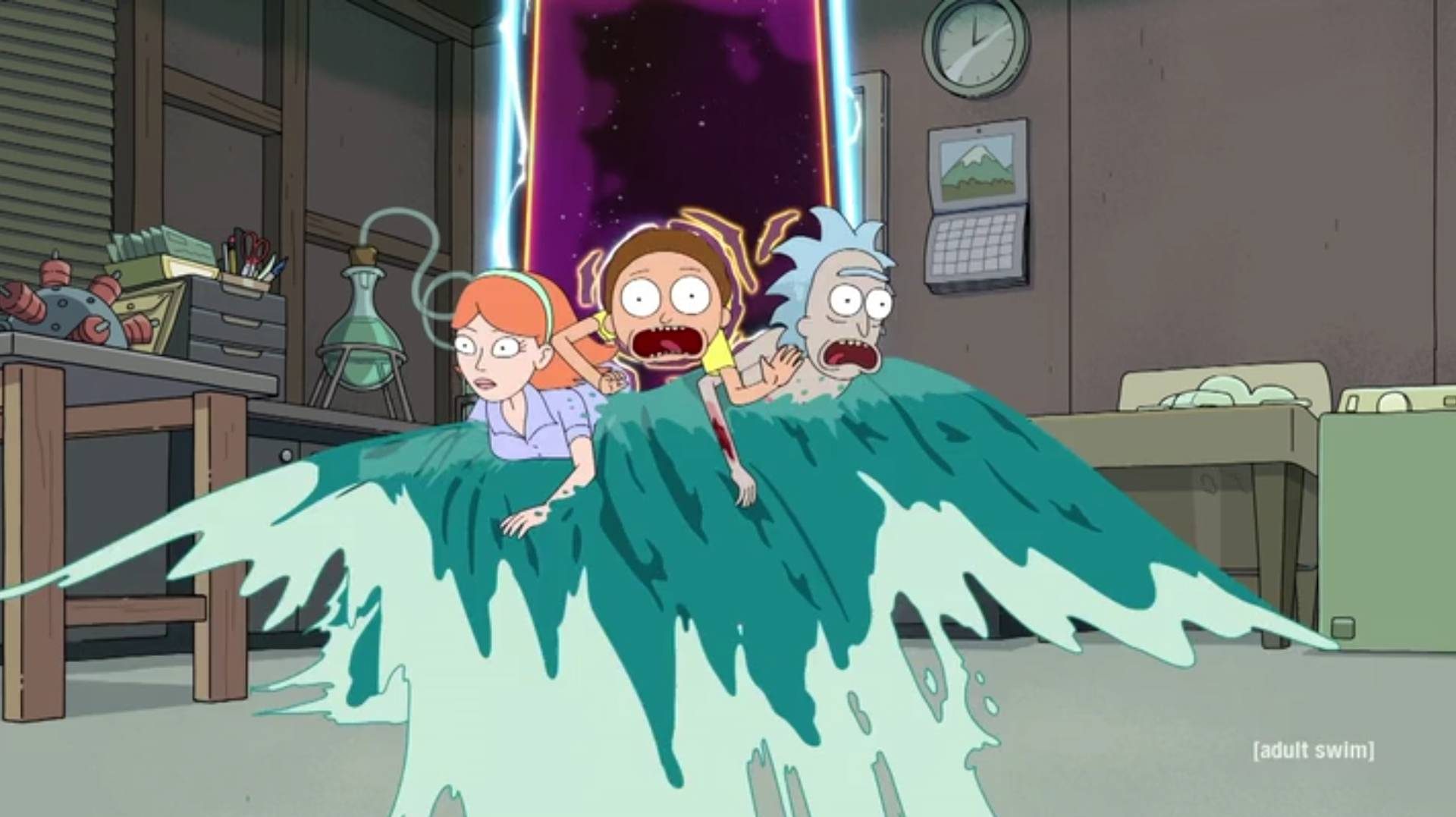 From Rick And Morty S05E01 Featuring Rick, Morty, and Jessica

Morty spills Jessica’s drink and returns to see the empire Hoovy’s grandkids have built. So Morty retreats and returns with heavy artillery taking two more bottles. He ends up kissing Jessica at the end of the day. The Hooves train an agent named Adam to attack Morty and send him to the earth. Jessica saves Morty in nick of time but is sucked into the portal, leaving Morty to go back to save her. As he brings her back and Rick is bidding Nimbus adieu, he overhears Morty and comes to his aid only to be sucked into the portal again. But this time, Nimbus makes it up by saving Rick to close the episode.

Rick and Morty Season 5 Episode 10 is titled “Mortiplicity”. Looking at the official promo for the episode, all we see is an uninvited guest at the Smith’s Residence. Furthermore, Rick claims he is being hunted. It’s high time for the family to look for shelter. They need to look out especially after high paced action we witnessed in the last episode. A war between the Hooves who went stronger every time Rick and Morty traveled to the alternate place.