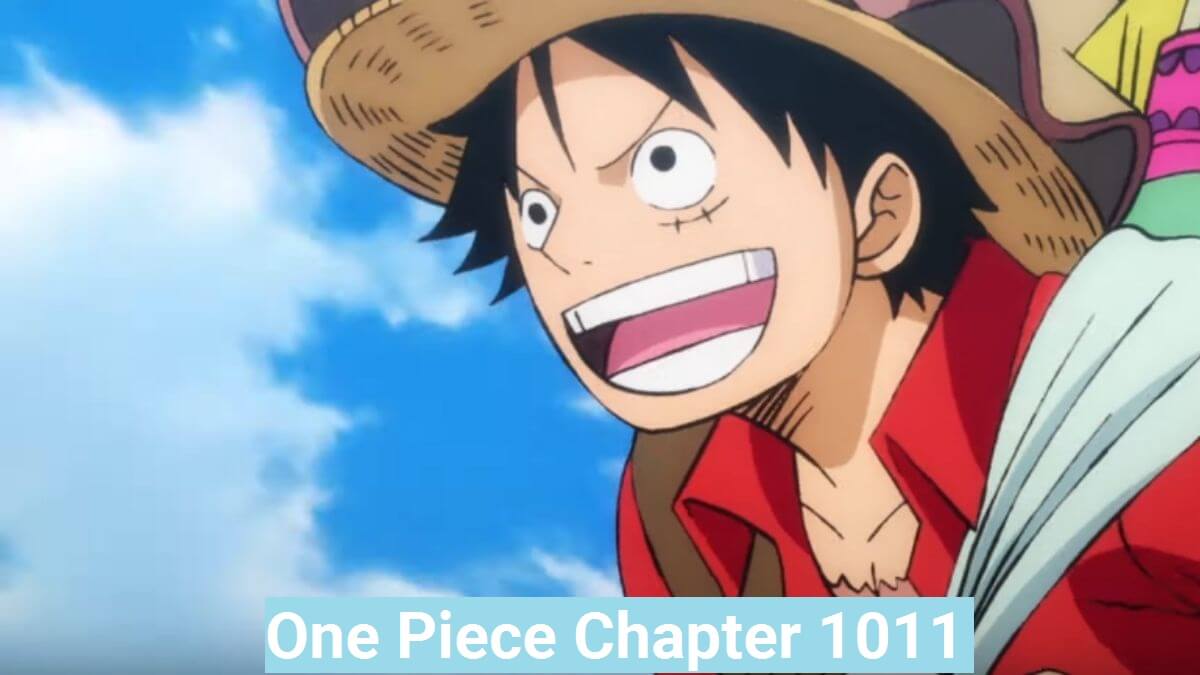 With the impending WSJ break, One Piece 1011 spoilers came back a little bit early this week. At least we got something positive to look forward to as we build up to yet another break in just a matter of three weeks. One Piece manga will return to a break again due to Oda’s break occurring closer to the WSJ break this year. To get a detailed chapter release schedule for the months, you can look at the One Piece chapter release schedule for April/May.

The upcoming episode will be centered around Big Mom; at least, that’s what the title suggests. So we have yet another unforeseen development as the fandom expected the manga chapters to transition. We will soon look at the earliest of the spoilers released at this point. So we will get to see more on this part and what more information about big mom we are yet to see.

We have seen most of Big Mom’s past in the Tottoland arc. And if anyone’s past should be explored at this point, it should be Kaidou’s. He is strongly linked to the secret of the lineage factor and Vegapunk. So if the story takes a brief moment in that direction, then things will be more interesting. Nonetheless, that’s not this week’s focus, and it looks like this time it has to do with Big Mom and Prometheus.

Lately, the manga has entered an interesting part on the rooftop. But it is just a matter o time till the transition. Lets us look at what the last chapter of the month will have for us. One Piece Chapter 1011 will officially release on the upcoming weekend. As usual, VIZ Media and Manga plus will publish the official chapters, and you can read them for free on their website.

– Killer and Kid are scared to see that Big Mom returns flying even without Zeus.

– Big Mom creates a new homie called “Hera.” It’s a female homie that seems to be made purely of thunder (we can’t see her 100% yet).

– Zeus, who has escaped from Kid’s metal box since his powers have been weakened, goes to look for Big Mom.

– There is a conversation between Kaidou and Luffy in which it seems that Kaidou says that he is enjoying the fight, he says “The more distressed you are, the more fun you have…”

– Kid and Killer arrive at the castle after an attack by Big Mom and confront Hawkins. In the end, Killer is the one who faces Hawkins alone, and Kid leaves to find Big Mom

– Tama goes to the Live Floor to order the Gifters who have eaten her kibi Dango. This way, she will end her role in the war.

– While they are running, Nami, Usopp, and Tama meet Big Mom.

– Nami and Usopp are terrified. Tama calls her Olin and talks to her in a friendly way.

– Big Mom is enraged when Tama tells her that Kaidou’s subordinates have destroyed Okobore Town.

– Page One is chasing them again. He tells Big Mom not to let Nami and the rest run away.

– However, Big Mom is the one who attacks Page One.

– The chapter ends with Ulti in shock upon seeing the scene.

Info on mother mode: The mother mode “RARELY” appears with kids under 10 years old. She attacks Page One because of her gratitude towards Tama, but she is angry because they executed the people who lived in Okobore.

The chapter starts at the edge of Onigashima. Big Mom arrives and creates a new homie called “Hera.” It’s a female homie that seems to be made purely of thunder. Big Mom uses a new attack called “Fulgora” (Shake and Thunder – 震御雷). It’s a massive thunder attack to test Hera’s power. The attack hits both Kid and Killer and the side of Onigashima’s dome.

Back to Luffy side. Kid’s power over the metal box weakened, so Zeus frees himself from the box. Law has to prevent Zeus from calling Big Mom back, so he tells Luffy he’s leaving the battlefield first. He then transports himself, Zoro, and Zeus away.

Kaidou and Luffy smile at each other and start fighting again. Kaidou’s kanabou clashes with Luffy’s kick and creates a huge shockwave in all Onigashima.

Cut to Onigashima 3rd floor. Big Mom’s attack hits the side of Onigashima’s dome, creating a huge hole and blowing Kid and Killer into the castle. Big Mom also enters the castle, but she ends up on a different floor from Kid and Killer since the hole is so huge.

Kid and Killer run downstairs to find Big Mom and prevent her from going back to join Kaidou. They run into a group of Kaidou’s men and Hawkins. Hawkins attack both Kid and Killer. Kid calls Hawkins a traitor, but Hawkins replies that Apoo also betrays him, but he prefers not to fight a battle he can’t win.

Killer stays to fight Hawkins, telling Kid to find Big Mom since they can’t afford to let her run wild.

Killer: “I believe in my ability and not in predictions.”

Hawkins: “I pray for your good fortune then, Killer.”

Killer: “Go to hell. I’m not gonna pray for any fortune from you!!”

Cut to Usopp and Nami on Onigashima 2nd floor. Page One jumps on Komachiyo and grabs on to its tail. Usopp and Nami attack Page One in different parts of his body (eyes, nose, Adam’s apple…), but they don’t hurt him.

Tama tells Komachiyo to hang on a bit more; they are heading for the Main Stage. Once they are there, Tama will give an order to the Gifters all over the castle. After that, her duty will be done, and she doesn’t care what will happen to her. Tama is shaking with fear.

Usopp and Nami feel guilty they can’t make Tama feel safe. Usopp then attacks Page One with a new attack called “Hanabi Bana” (Fireworks Flowers), making Page One fall to the ground. He then follows with another new attack called “Baku Bokkuri” (Exploding Pinecone), creating huge explosions. But Page One can still get up. Usopp and Nami are shocked to see how tough he is. Usopp says it’s a shame that Tama’s kibi dango only works on SMILE users.

Suddenly, Big Mom appears before them in a really cool panel (we can see how huge Big Mom is, she looks like a kaiju). Usopp and Nami scream; Big Mom remembers them and is about to attack. But Otama shouts.

Big Mom’s expression suddenly turns to a friendly smile. According to Prometheus, this is Big Mom’s “Mother mode” that she sometimes shows toward children below 10 years.

Big Mom: “Oh, it is you, Otama! What happened? Why are you in such a dangerous place?”

Tama: “I was worried about you! The last time I saw you, you were taken away at Udon.”

Big Mom thanks Tama for taking care of her while she lost her memory. Big Mom says she still remembers how Tama takes her to Okobore Town and treats her oshiruko despite being so poor.

Tama tells Big Mom that Okobore Town has disappeared. Kaidou’s men thought the people there were helping the samurai, so they burned the whole place down. Big Mom recalls the time she had oshiruko in that town and gets angry.

While they were talking, Page One catches up with them. He shouts at Big Mom to help him to prevent them from getting away. Page One jumps on them and is about to swallow Usopp, Nami, and Tama.

Big Mom: “You know… No matter how evil a pirate is… There is still a thing called “moral code”!!!”*

Big Mom then steps in front of them and punches Page One with “Color of the Supreme King” Haki fist. Page One is punched down to the ground with blood coming out of his mouth.

Kid heard Big Mom and is coming. Zeus arrives at the scene. Ulti catches up with them and is shocked to see Page One got punched. Her body is shaking while Kaidou’s men are in panic around her…

We managed to get the early spoilers courtesy of the One Piece subreddit.

One Piece Chapter 1011 will be released officially on 25th April 2021. So VIZ Media and Manga plus will distribute the manga as usual next week. One Piece 1012 is going on a break, we will be sharing the details in another post.