Ray Allen was born on 20th July 1975. He started following his dreams at a very young age and today enjoys a healthy Net Worth of several Million! 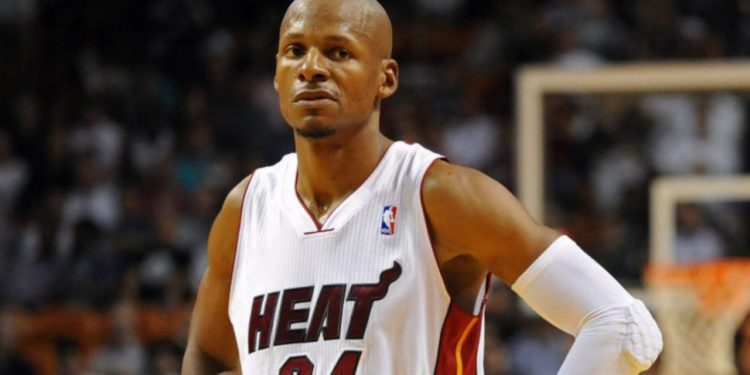 In today’s article, our focus would revolve around one of the greatest three-point shooters of all time, who is none other than Walter Ray Allen Jr. or simply Ray Allen. For those who don’t have a piece of proper knowledge about this legend, let us start from his basic introduction. So, Ray Allen is an American former professional basketball player who had not limited his exposure to only a single field.

He had also paved his way towards the field of acting. Whatever path he undertook, he succeeded with flying colors. And it is his successful journey that had helped him to store several Million stacks of cash. But what is the Net Worth of Ray Allen? Well, if you are curious, then we too are excited to reveal. But before we come to the main point of today’s discussion, let us discuss a little more about him!

Ray Allen played 18 seasons in the National Basketball Association (NBA). And it would be worth mentioning that in the September of 2018, he was inducted into the Naismith Memorial Basketball Hall of Fame as a player. In college basketball, he used to play for the Connecticut Huskies. He played a total of three seasons for them. Where he gained the fame of an efficient long-range shooter. And it was the year 1996 when Ray Allen paved his way in the NBA as the fifth overall selection.

His successful journey is also lined with several prestigious individual accolades. On his list, he has ten NBA All-Star designations. Moreover, as a member of the 2000 United States men’s basketball team, he bagged an Olympic gold medal. Then, from 2011 to 2021, in the regular season, he has held the NBA record in career three-point field goals. And interestingly, he has also scored the third-most three-pointers in the postseason. With this, now let us move towards answering the most awaited question of the hour that what is the Net Worth of Ray Allen?

Net Worth of Ray Allen

Ray Allen had over the years collected over several million and as of now enjoys a huge Net Worth estimated to be around $100 Million. His annual salary itself is recorded to be $10 Million. Overall, during his last 15 years in the NBA, he roughly earned about a whopping amount of $180 million with only his salary itself. And it is also said that during the last few years, he earned as much as $19 million per year.

In 1996, Ray Allen kickstarted his NBA journey. And on 1st November 2016, he finally decided to officially retire from the game. Then, in the September of 2018, Ray was honored by inducting him into the Naismith Memorial Basketball Hall of Fame. He had also played in the NBA All-Star Celebrity Game in the following February of 2019. And recently, in the October of 2021, Ray Allen was named to the NBA’s 75th Anniversary Team which proved him as one of the league’s greatest players of all time.

Along with his career as a professional basketball player, he had also shown his skills in acting. And this field had also potentially added significant money to his whopping Net Worth.

In 1996 when he made his way into the NBA, he eventually worked to develop into a prolific scorer for the Milwaukee Bucks. There he showed his skills alongside Sam Cassell and Glenn Robinson. Ray Allen was then traded to the Seattle SuperSonics. And there he worked even harder to maintain his position as a solid scorer. And interestingly, he broke several league records for three-point and free-throw shooting.

In 2007, he was traded to the Boston Celtics. There he along with Paul Pierce and Kevin Garnett were known as “Big Three.” And in 2008, they won an NBA championship. Ray Allen served the franchise for five seasons and then joined the Miami Heat for a total of two seasons. In 2013, he bagged another championship. During some offseasons, he had also explored his acting skills. He grabbed the limelight for his role as basketball prodigy “Jesus Shuttlesworth” in He Got Game.