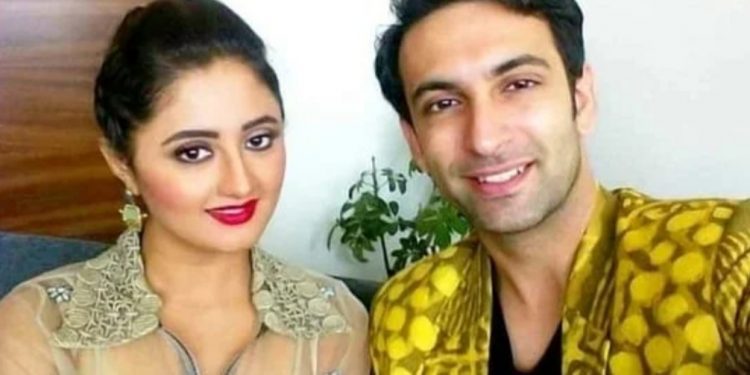 What did Rashami Desai say about her divorce? Those who are very much into Indian television reality shows and serials must be knowing who Rashami Desai is. She has not only delivered us some amazing serials but also took part in dance reality shows. Starting with her brief introduction, Rashami Desai is a very beautiful Indian actress and model. Some of her notable works in the world of serials include Dil Se Dil Tak and Uttaran. Because of her genuine acting skills, she has not limited herself just to the serials but has also worked in a few films about which we will discuss later on.

Talking about her dancing skills, Rashami Desai has won the dance reality show, Zara Nachke Dikha, back in 2010. There are other dance shows as well where she has made it to the 1st runner-up position.

The actress has always kept it secret and never talked about her divorce from her ex-husband. Recently, in the show Bigg Boss Season 15, Rakhi Sawant asked her the reason for her divorce. Since then, Rashami Desai Divorce has been ruling over the internet. She broke down into tears as she was asked about it as she didn’t want her close friends to remind her of those pathetic days. Well, what’s the matter with Rashami Desai and her divorce? If you want to know in detail, you must dig into this article till the end.

Also Read: Rashami Desai Boyfriend: Who is the TV Actress Dating in 2021?

Rashami Desai Opens up about her Divorce

The actress met the love of her life, ex-husband, Nandish Sandhu, on the sets of Uttaran. They tied the knot in 2012. After spending four years of marriage together, they ended up their togetherness with a divorce. What’s the matter?

Whenever she is asked about her divorce, the actress ends up saying that she is no one to talk about him when he is doing fine in his life. It seems like she prefers to stay quiet rather than harm anyone with any harsh words. Right after their divorce, many people judged her for being the reason for their divorce. In contrast to that, she made sure that it was the responsibility of both of the persons to take care of the bond. Rashami stated how abusive her marriage was. She also added that it was always her who was thrown out of their house. She was genuinely in love with Nandish and thus always tried to mend things.

Moreover, Rashami Desai also stated how difficult it was for her mother to accept the news of their divorce. Her family is very conservative. But, she also shared that some of her friends supported her at their best. After their divorce, Nandish was heard of dating a model. Knowing this, she wished him good luck. At present, both Rashami Desai and Nandish Sandhu share a cordial relationship. They don’t have any complaints against each other. It’s all good as long as they are consenting adults.

Fans are always curious to know relationship gossips, divorce, marriage, and things related to their favorite celebrities. No doubt in that! Besides that, there are some other factors too, like the personal details and career things about which people show interest in. Rashami Desai’s case is no different.

The Indian actress Rashami Desai was born on 13 February 1986 in Nagaon, Assam, India. In the next month, she is going to turn 36 years old. Originally, she was known as Shivani Desai.

When it comes to her height, she is 1.6 meters tall. With her beautiful and cute smile, she is successfully stealing the hearts of millions of people. As far as her family is concerned, her mother is Rasila Ajay Desai, with whom she is very close. Not to forget to mention her father’s name, Ajay Desai, who is very conservative when it comes to his child, Rashami.

As a dancer, she participated in Nach Baliye Season 7, where she ended up being the 1st runner-up. She earned the same position in the Jhalak Dikhhla Jaa Season 5. Not to forget her adventurous and brave, daring skills for which she took the ninety position in Fear Factor: Khatron Ke Khiladi Season 6, back in 2015. Some of her serials for which she has gained quite recognition and fame are Dil Se Dil Tak, Uttaran, Naagin, Shakti Astitva Ke Ehsaas Ki, and Ishq Ka Rang Safed. She has also worked in a few films like Kab Hoi Gauna Hammar (Bhojpuri), Superstar (Gujrati), etc. Hosting the comedy reality show, Comedy Circus Ke Superstars also earned her quite a popularity.

It feels good to see that the beautiful, talented actress, Rashami Desai, has moved on in her life. She has handled the divorce with her former husband, Nandish, very maturely. On the other side, it feels bad to see her breaking down, recalling those days.