It's time for the Kawas to take their leave, however not everything goes according to plan. Xie Tian Di faces Orad when she gets to know that someone will die because of her. 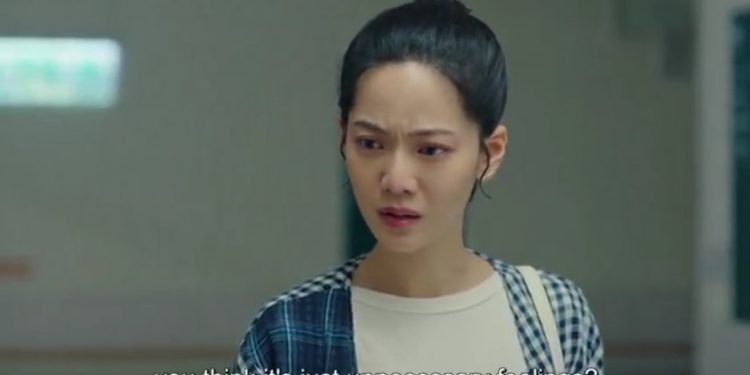 Rainless Love In A Godless Land Episode 9 will bring a complete change in the storyline. Though it was known from before that the gods would be leaving, however, the plan got delayed due to the advent of Xie Tian Di. The main character because of whom the entire plot took place. Xie Tian Di went through the Reflection Of Time to realize that certain unfavorable incidents took place. Will those incidents come true?

Finally, the day has arrived as the gods take their leave from the world. Now, with them gone, what will the future hold? What will happen to Xie Tian Di and Orad? It also seems as if Fali has something going on in his mind. What could it be? Just a good storyline wouldn’t have made Rainless Love In A Godless Land this compelling. The cast, OST, deserves special mention as all these did add a lot to the plot.

When Will Rainless Love In A Godless Land Episode 9 Release?

Rainless Love In A Godless Land Episode 9 will release on 5th December 2021, which is Sunday. The drama focuses on one of the most important yet burning topics of the present, the environment. Presenting the topic mixed with other genres is truly amazing. The series aires every Sunday with only one episode per week. The first episode of the series airs on 17th October 2021, and if everything goes accordingly, then the series will end its journey on 9th January 2022.

How To Watch Rainless Love In A Godless Land Episode 9? Online Streaming Details

The drama stands out for its unique storytelling talent. Also, the cinematography is being applauded by the fans. The drama is telecasted every Sunday on its original network, iQiyi. The international audience can stream it online according to their preferences. Each episode has a duration of 60-85 minutes. However, since it releases every Sunday, you can easily binge-watch the previous episodes as well.

One by one all the gods head towards leaving the world. However, the god of wisdom had some other plans. That’s why when his turn came, he left. Meanwhile, Fali is up to something. Xie Tian Di went to meet the girl Lu Sung-en. She got to know that Sung-en was supposed to get away with a heart transplant however, now she will die in the upcoming days. It all got changed because of just one person. Xie Tian Di started to blame herself as she thought that because of her, Sung-en was suffering. Orad tried to convince her as he didn’t save one to put the other in danger.

Meanwhile, Toem, the goddess of cloud, has got some serious questions for Fali. To know the answers, she even followed him to the Cause And Effect Correction Bureau. Toem wanted to know why did Fali send all the Kawas back however, he stayed. Xie Tian Di couldn’t get out of the fact that someone is going to die because of her. Orad, when classified her feelings to be unnecessary, both of them got into an argument. For her, it was a difficult situation to process. Unlike Orad who is a Kawas, Xie Tian Di is a normal human being and feelings make a human humane.  Now, Orad changed the Reflection Of Time so Xie Tian Di thought that it may help Sung-en.

Upcoming Storyline Of Rainless Love In A Godless Land Episode 9

Xie Tian Di wanted to reach the intersection where all the incidents took place in her Reflection Of Time. The person with white footsteps was there because of which all those people became unconscious. However, when Orad reached that spot the incidents had started taking place. What will happen now? Will Orad be able to save all those people? All these questions will have their answers in the upcoming episode of Rainless Love In A Godless Land.