What are Thomas’ Actions & Motivations in Ragdoll Season 1 Episode 5? 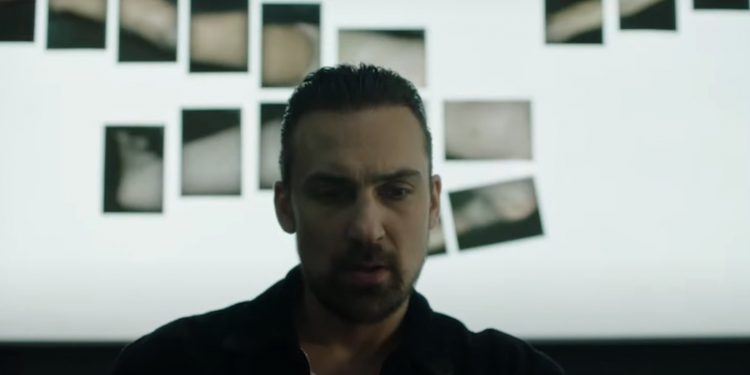 In the past episode, we have a few things left unanswered. In consequence, in Ragdoll Season 1 Episode 5, we might see some closure regarding Thomas’ actions and motivations. Moreover, is Joy in the loop, or isn’t she? And what about the trunk? Who or what is in that trunk? Lastly, what kind of tradecraft does Thomas have so he can chop up a human being, do some signal interceptions, and mimic those voices? All these questions might be answered in the upcoming chapters.

The thriller crime drama series ‘Ragdoll,’ based on Daniel Cole’s eponymous novel, is about the horrible murder of six people by a serial killer who isn’t afraid to go after the authorities. When the investigation begins, the adversary begins to play with the policemen’s minds. And he does it by confronting them and engaging them in a well-orchestrated cat and mouse battle. The mystery series, which stars Henry Lloyd-Hughes, Ali Cook, Thalissa Teixeira, and Lucy Hale, was written by Freddy Syborn.

Ragdoll Season 1 Episode 5 will release on December 9, 2021, on AMC+ at 3:00 AM, Eastern Time, United States. Firstly, AMC+ pretends to run episodes all through December, which means that no Christmas hiatus will be contemplated for this production. So fans can sit in their pajamas and enjoy with their blankets and hot cups of coffee during the holidays this thriller. In that sense, AMC+ plans to capitalize on ratings over other networks.

Where to Watch Ragdoll?

If you wish to watch Ragdoll, AMC+ is your best bet. Firstly, the platform has a seven-day trial for free if you subscribe for the first time. In consequence, should you wish to watch the show for free, you can take advantage of the offer. Moreover, if you want to fully pay the subscription, that opens up a really vast catalog of shows, movies, and series for your enjoyment.

After falling in public, Lake ends up in the hospital, where we run with her ex-girlfriend Hannah. So, why does Hannah show up? Hannah was called and informed of Lake’s accident since she had not updated her emergency contact information. Despite what Lake said earlier in her conversation with Emily, this isn’t a good thing for her. Lake, according to Hannah, isn’t usually the victim, the one who gets left behind, but rather the one who cuts and flees. As a result, you may wonder what she lied about and why she lied about it.

Lake, for instance, does have a flashback during which she appears to be driving somewhere with someone in the trunk. Despite the fact that Thomas is The Faust, he leads a normal existence outside of killing people in unusual ways. He works all day and lives with Joy, who is nondescript and likely not his mother.
The number of people who have died while under police observation or detention is really shocking at this time. As a consequence, the next name on the list, Judge Matthew Wingate, who declared the mistrial, has little faith in the police. On the other hand, Nathan and Emily construct a complex strategy to transport Matthew to a hideout but ultimately fail.

Thomas discovers a new way to listen to audio and deduces that it is a fraud. The first goal was to make Matthew seem to have been shot, which would lead to bringing him back inside the house and snatching him away from all the commotion out front. Andrea would then report on it to make it seem authentic, only to subsequently reveal that Matthew was still alive and well. On the other hand, Thomas discovers how to deep duplicate Emily and Nathan’s voices and replicate their phone numbers to fully flex on them. Then he employs a newly discovered ability to throw them both off.

First and foremost, where was Lake throughout all of this? So, unlike the prior time, she was told to follow directions and stay in the car. So, despite having someone in her trunk, she skips Thomas approaching Matthew’s house, where he replaces the fake blood meant to splatter with sulfuric acid. She also doesn’t see or hear him leave at any point throughout the operation, even when Thomas shoots an officer.

While she is unconcerned about Thomas, she is nearly ready to point the blame at Nathan and suggest that he is a co-conspirator with Thomas. Of course, she has no solid evidence; all she has is Nathan lurking about and acting strangely, but Nathan is peculiar in general. The problem with Nathan following Emily around and behaving strangely is that he’s not maintaining her informed.

Despite the fact that Nathan locates Kate, he requests information from her. He receives a characterization of Thomas as a result of her. Though not telling Emily about it makes her job more difficult. And, not wanting to be held responsible for Matthew’s death, he does his hardest to help. Emily was the supervisor; therefore, she was aware of the insignificant consequences. Emily is stripped of her autonomy and power since it would be unreasonable owing to “logistics,” although she retains her title. This makes her feel powerless, much as she felt when Mark was the one who needed to be captured.

Where is ‘I Care A Lot’ Filmed? Filming and Shooting Locations & Plot