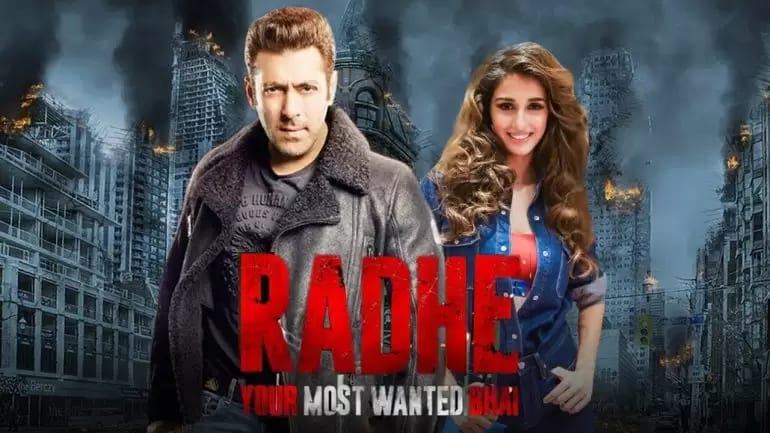 In this sequel, (The first part was ‘Wanted’ that released in 2009) Salman Khan is an encounter specialist in Mumbai with 97 encounters 23 transfers to his credit in 10 years. Quite a reputation you may think. Well, that’s how the Khan keeps his fans entertained. This is yet another typical Bollywood potboiler with predictable twists and turns that will still be enjoyed because of the extensive fan base that a hero like Salman Khan has.

Also, the movie acknowledges being inspired by the 2017 South Korean film The Outlaws which was based on real-life events and was a huge success. If only Director Prabhu deva would have just modified it to suit a Mumbai backdrop, this would have really been a ‘most wanted movie’ and Radhe our ‘most wanted bhai’.However, the director seems to have his own formula as to what would work for a Bollywood audience, and from there, things go downhill. If you are just looking for a mass entertainer, this one fits the bill. There is plenty of action and a vicious villain, which keep things interesting for most parts of the film.

With drug abuse increasingly becoming a problem among Mumbai’s youth suspended cop Radhe (Salman Khan) is summoned for a clean-up mission of sorts. Pitted against him is the dangerous outlaw Rana (Randeep Hooda) who will stop at nothing to get what he wants.

Director Prabhudeva seems to have delivered yet another mindless entertainer, the kind that Bollywood is well known for. There are a lot of cliches interspersed by some genuinely original moments, but the entertainment quotient is pretty high. There is enough action, rawness, and brutality that is expected of a Salman Khan film thanks to the action choreography by (Myeonghaeng and Anbariv). Confrontation scenes between Salman Khan and Randeep Hooda have been shot well. 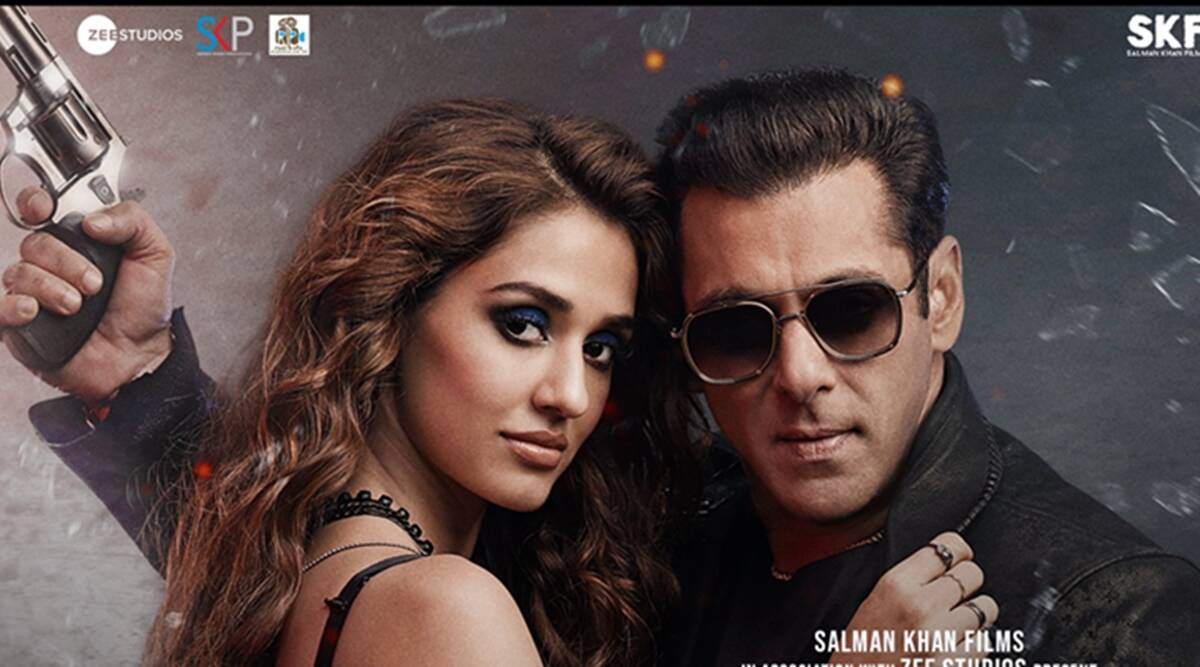 And there is romance…

Even though Radhe is handling a tough mission that he has to complete, he somehow has just enough time to flirt with his boss’s(Jackie shroff’s) sister Diya(Disha Patani) and even for item numbers. She is an aspiring model who tries to help Salman get modeling gigs, assuming he’s an aspiring model too. She adds plenty of oomph and glamour to the film, but the romance angle completely dilutes the main plot. The city is in the grip of a dreaded drug mafia, and it is up to Radhe to kick some butt and bring things back to order.

Somehow in the middle of all this, you find him prancing along with his heroine. There Prabhudeva makes the most of Salman Khan’s star power, and it has worked quite well for him. In many a scene, you find our main man packing a punch. However, apart from that, there are just predictably filmy dialogues and meaningless romance, and feeble comedy. Jackie Shroff who plays the role of Salman Khan’s senior could have been put to better use.

Randeep Hooda truly shines as the bad guy. He makes every minute of his on-screen count. The menacing Rana proves to be a tough match even for Radhe. There is a pre-interval face-off between the two of them which has been done to death in Tamil and Telugu films. Many other villains in the movie were probably added for entertainment. They just come across as loud and uncouth. Though an attempt to infuse comedy into the film is made it fails miserably.

For fans of Salman

This is a role that Salman Khan could have played in his sleep. It is so typical Salman that even though it defies logic, his loyal fans will find reasons to watch it and cheer him on. The biggest mistake that the movie makes is, instead of portraying Salman as a meticulous cop. he is projected as some kind of superhero or savior. The cat and mouse games between Radhe and Rana are bound to be enjoyed by the average movie-goer. A big-screen release is what fans of the star would have preferred, but it so happens that due to the pandemic conditions they will have to make do with watching it on Zeeplex -the pay-per-view service of Zee 5.