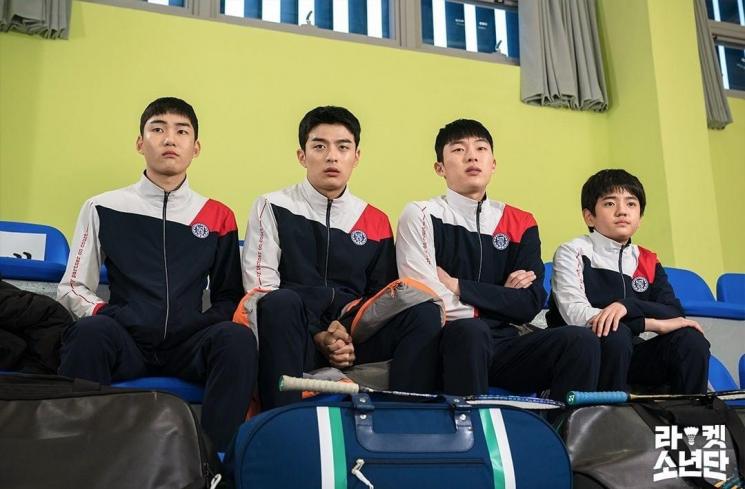 A new K-Drama has recently caught the eyes of all drama enthusiasts. Aired on Netflix, Racket Boy released its first episode on Monday – May 31st. It quickly followed up the pilot release with an equally interesting 2nd episode on the 1st of June. In our article today, we will do a quick recap of Racket Boys Episode 1 and 2. If you have still not added Racket Boys to your list of must-watch K-Dramas, worry not, for we have got you covered. We will also provide a small preview of what to expect from Racket Boys Episode 3 and the Episode 3 Release Date. Read on to find out more.

Racket Boys is a 2021 South Korean Drama. It airs every Monday and Tuesday at 10 p.m. KST on the SBS channel. People all across the world can watch Racket Boys on Netflix. The plot of racket boys is very different from what we see in conventional K-Dramas. Racket Boys is not a love story. In fact, the storyline of Racket Boys surrounds the lives and experiences of teenage children. It is about how these young adolescents work towards fulfilling their goals of becoming champion badminton players. Now you know where the name comes from. In the main cast, we see Kim Sang Kyung as the main badminton coach. Oh Na Ra play the role of a badminton legend. Tang Joon Sang is a badminton and baseball enthusiast. Song San Yeon, Choi Hyun Wook, and Kim Kang Hoon play the roles of the various students in Haenam Seo Middle School. Lee Jae In and Lee Ji Won are also students in the school. There are several other supporting actors. The plot for the Racket Boys Episode 1 was fairly simple. Hae Kang, who used to be a badminton prodigy, has given up on the sport now. He decided to pursue baseball instead. But the boy couldn’t attend a baseball camp since his parents couldn’t afford the fee. To make ends meet, Hae Kang’s father, a badminton coach takes up a job in Haenam. When the family arrives from Seoul, and the new coach meets the badminton team, he realises that it is falling apart. The team needs strong players in order to be able to win the season. It also needs a fourth player. Hae Kang reluctantly joins the team. Even though they lose the first competition. They are now ready to work hard and win the next.

In the Racket Boys Episode 2, we see the badminton team start the new term. Hae Kang falls asleep in class as he is still getting used to the new environment. In the meanwhile, their headmaster tells them about a legendary badminton player – the White Wolf. Hyeon Jong is intrigued. He inquires about the White Wolf with the locals. On the other hand, Hae Kang must deal with bullies in his new school. Hae Kang stands up for his friends in this episode. This shows a lot about his character. Hyeon Jong has learned that their coach is after the ‘White Wolf’. He goes to seek some advice but is quickly dismissed. The episode ends with Hae Kang on the verge of winning a game. His father asks him to ‘bring the trophy home’.

In Racket Boys Episode 3, we will see what happens to the match Hae Kang was playing. Does he finally ‘bring the trophy home’ after all? We will also see how the relationships of all the kids and friends change further. The storyline of Racket Boys is quite heartwarming. We see very few such stories of school friendships. It is interesting because the audience can relate to it. When still in school, the hearts of students are still pure and innocent. Though there is competition, there exists a pure friendship and healthy rivalry between everyone.

Racket Boys releases episode every Monday and Friday. Racket Boys Episode 3 will be available to stream on the Netflix Official Site on the 7th or 8th of June 2021, depending on where you live in the world. The episode will release on the Korean television on 7th June 2021 at 10.p.m. KST. Stay tuned to this page for further updates.