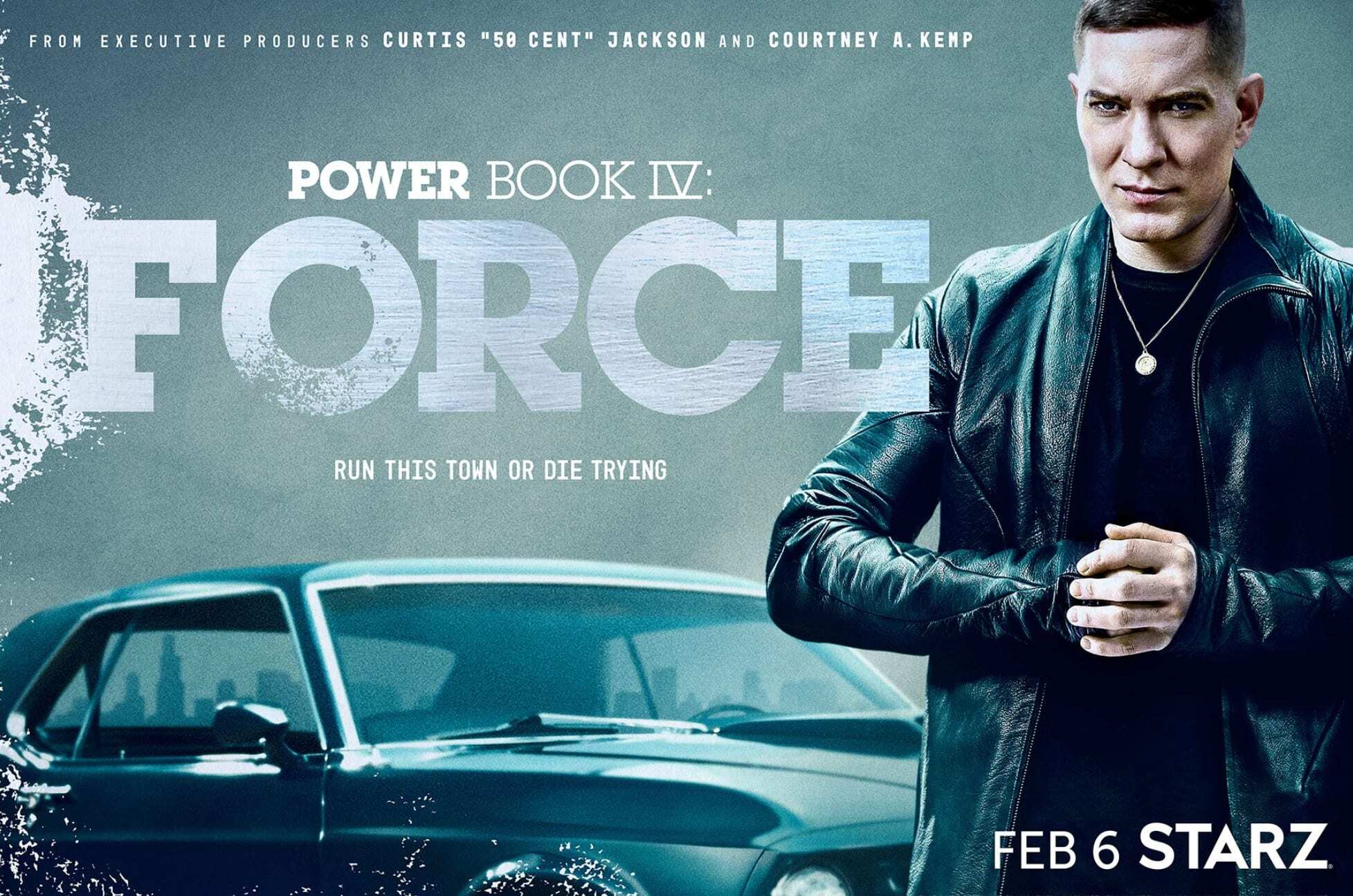 Tommy Egan, played by Joseph Sikora, is the key character in Power Book IV: Force, which follows him after he has broken ties with New York and left it behind him for good. After losing Ghost, LaKeisha, and the only city he’s ever known, Tommy takes a detour on his journey out of New York in order to mend an old wound that’s been plaguing him for decades. What was supposed to be a quick pit stop turns into a maze of family secrets and lies Tommy thought he’d put to rest years ago. Tommy soon finds himself in the middle of Chicago’s drug trade, trapped between the city’s two most powerful gangs.

Tommy straddles the racial divide in a city divided by race, finally becoming the lynchpin who not only unites them but also has the POWER to watch them fall apart. Tommy takes advantage of his outsider status as the first season unfolds at breakneck speed, breaking and rewriting all of the local regulations in his quest to become Chicago’s top heroin dealer. Tommy has relocated to Los Angeles to establish his own company.

Despite the fact that the Queens-born criminal has always excelled at what he does, the laws in Chicago are a little different than he anticipated. He’s fought Irish mafia lord Walter Flynn and CBI, a Southside group led by the Jenard and Diamond brothers, thus far. Because Force has been extended for a second season, Tommy appears to be just getting started in Chicago.

‘Power Book IV: Force’ Has Been Renewed For Season 2

Force will return to Starz for a second season, it has been confirmed. The network revealed in a press release that Force Season 2 is in the works, following its astonishing launch, which set a new record for the Starz network. Power Book IV: Force, a STARZ Original Series, launched as the most-watched premiere in STARZ history, with 3.3 million multiplatform views in the United States on Sunday alone, according to early reporting, with many additional platforms still to report, according to a Starz press release. The second season of Power Book IV: Force has been renewed, although no release date or timeframe has been set. 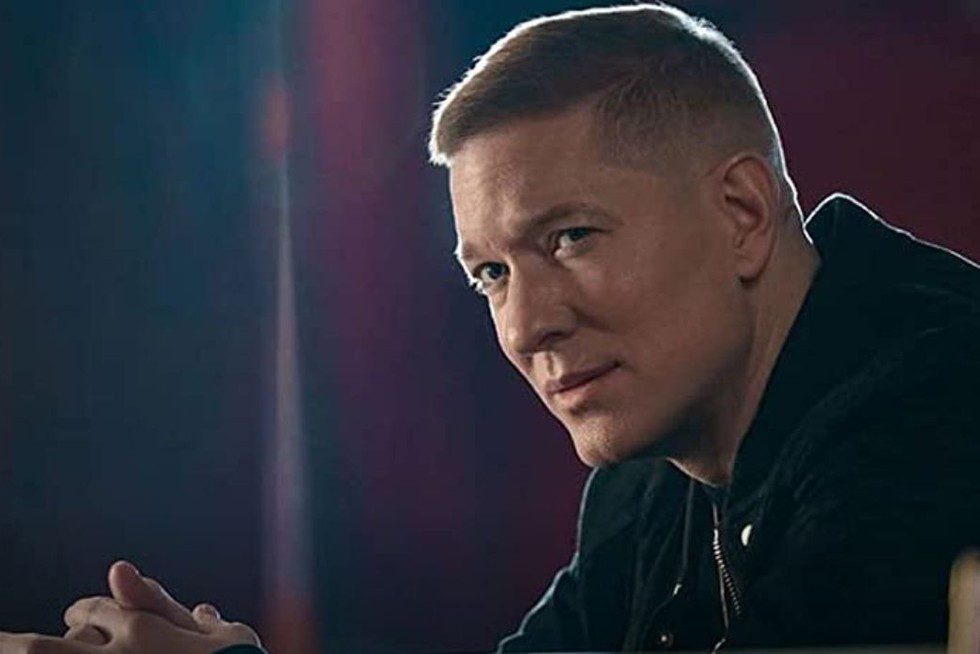 Fans have been waiting for Joseph’s return as the iconic ‘Tommy Egan,’ and it was evident straight away from the show’s record-setting debut that they want to see him take on this new city, according to Jeffrey Hirsch, President, and CEO of STARZ. They’re also ecstatic to have Joseph back in the Power Universe, as well as to be expanding it with a new tapestry of power players brought to life by our incredible ensemble.

Jacksons Was Frustrated Before The Renewal

The renewal comes roughly a week after series executive producer Curtis “50 Cent” Jackson expressed his dissatisfaction with the show’s failure to receive a Season 2 renewal on Instagram. He wrote, “They renewed High Town, but FORCE is the best-rated show on the network, so it’s in jeopardy.” He went on to make other posts about the subject, stating that he intended to depart Starz when his current overall deal expired in September. Plans to renew “Force” had been in the works for some time, according to a source familiar with the issue, and a Season 2 writers’ room had been staffed before the series premiere. 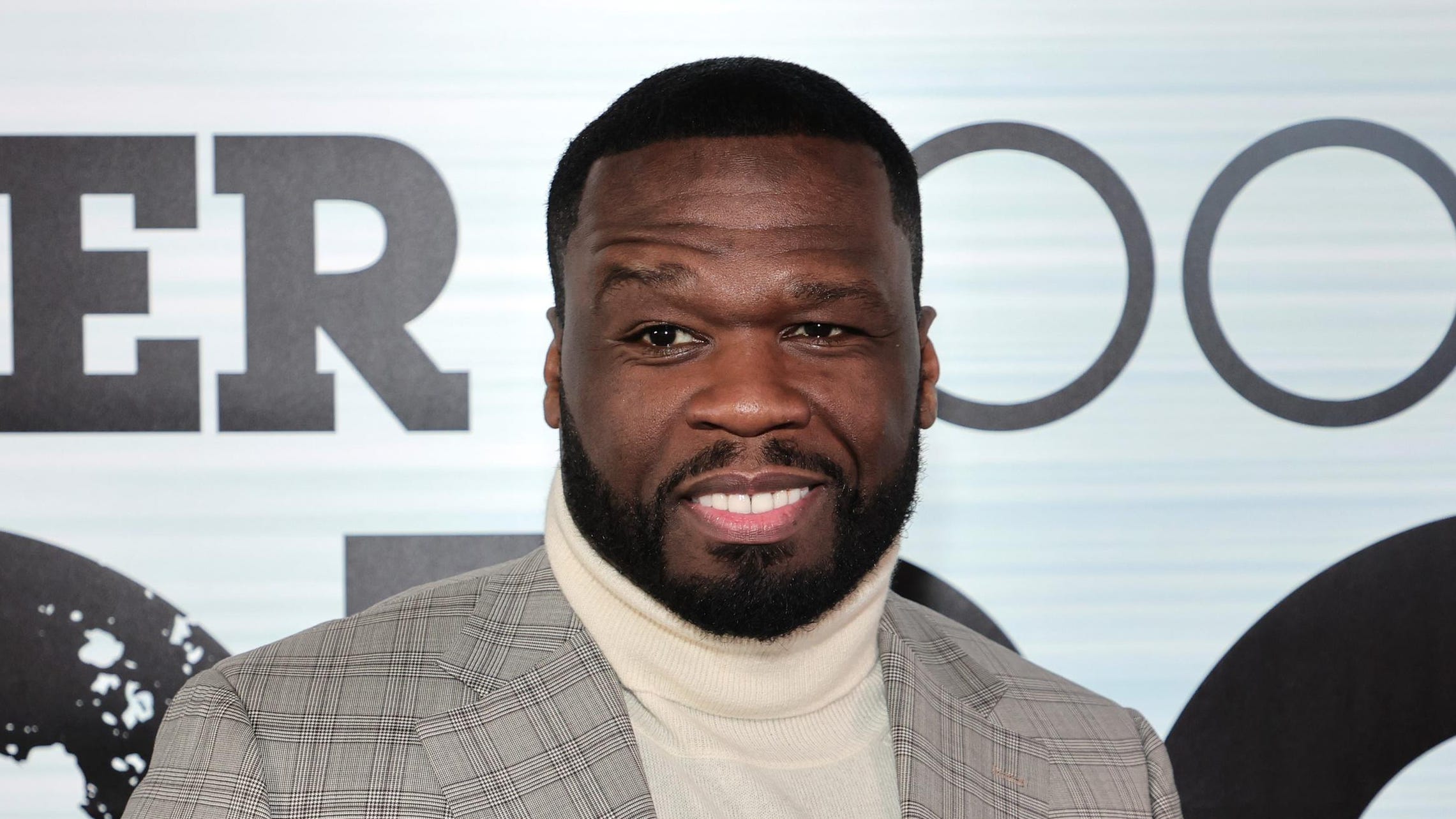 Joseph Sikora Has Some Theories for Season 2

Sikora implied that Tommy was only getting started before Starz announced that Force will return for a second season. On Twitter, a fan asked Kris D. Lofton, who plays Jenard, if the show had been renewed. Sikora responded to the tweet by implying that it had happened. That’s a question we should ask 50cent and Jeffrey A., he tweeted. However, the implied Yes in the same tweet.

Tommy’s next project, according to the actor, is something he wants to see him undertake. He stated that he would easily sign on for a second and third season because he believes there is still a lot more tale to tell. He believes that Chicago, as a city, is deserving of it. Fans, too, deserve to get to a point where we can live in Tommy’s mind with fewer words and more time. In terms of the rest of the season, viewers are curious to see how Tommy will continue to manage things while maintaining his tenuous alliance with CBI and the Flynns.

Also Read: The Challenge Season 38: Everything We Know So Far!

Who Will Be Returning For Season 2? – Power Book IV: Force Season 2 Cast

Power Book IV: Force, the third volume in the Power world, has a main cast announced by Starz. In the series from Courtney Kemp and Curtis “50 Cent” Jackson and Lionsgate Television, Gabrielle Ryan, Lili Simmons, Hightown alum Shane Harper, Isaac Keys, Anthony Fleming III, Kris D. Lofton, Lucien Cambric, and Tommy Flanagan have been cast as series regulars opposite Joseph Sikora. So, assuming that none of them dies, they will almost certainly all return for Season 2. 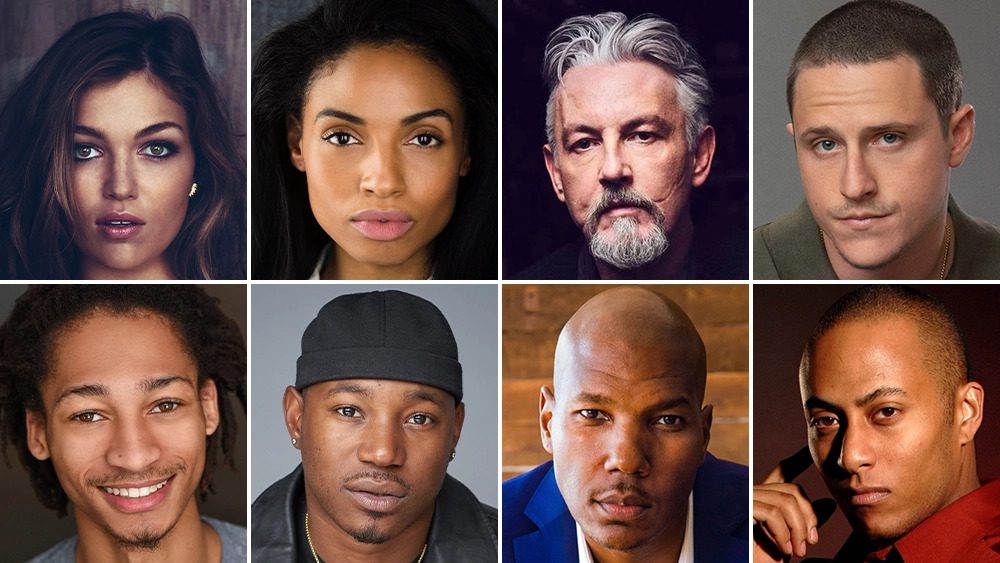 Diamond is played by Keys, a gentle giant with true eyes and a granite body with defensive accuracy, a feature instilled in him during a 15-year prison sentence. Diamond was the teenage leader of Chicago’s most promising group, which was on the verge of taking over the city before he was arrested. The only daughter of Chicago’s most powerful gangster, Claudia ‘Claud’ Flynn, is played by Simmons. Her intelligence is a blend of Ivy League lecture halls and Chicago street smarts, to put it mildly. She has the intelligence of a politician and the bluntness of a pipe wrench in the face. Claud doesn’t need permission or green light to get started.

Gloria, played by Ryan, is a razor-sharp and attractive former Marine who is forging her own career in Chicago. She’s ferocious, passionate, and unafraid to speak her mind. She produces Michelin-level, Jamaican-inspired dishes from the small kitchen in the back of her bar. Her customer is a constant stream of Irish mobsters trying to buy her property. Vic Flynn, the heir apparent of Chicago’s most powerful crime family, is played by Harper, who is a prince who rules with his heart as much as his fists. Vic resents his father’s meticulous planning of his entire life — both professionally and romantically. Vic is equally at ease with Chicago’s wealthiest socialites as he is with the city’s worst dealers.

Jenard Sampson is portrayed by Lofton. Jenard was accepted to Brown University just days after his older brother Diamond was sentenced to 15 years in prison. Jenard put his academic dreams aside and took command of one of Chicago’s largest crews. JP Gibbs, played by Flemming III, is a skilled jazz musician who has traveled multiple continents, creating a deep worldliness that comes through in his swagger and a collage of various tattoos. JP and his sick father own and operate a blues club, which has been the subject of repeated attacks by local gang members. 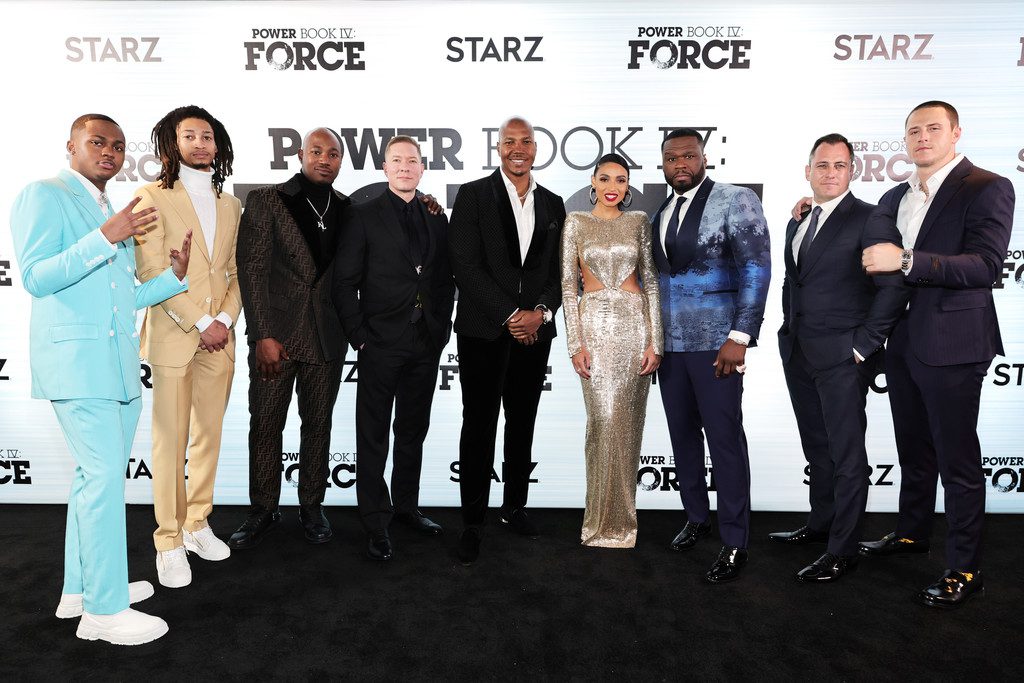 Darnell ‘D-Mac’ McDowell, Cambric’s real name, is a young guy who grew up on the Southside of Chicago’s streets. D-Mac is still a kid at heart, searching for someone to look after him. He’s independent, passionately loyal, and absolutely unyielding when called upon to represent his clan. Walter Flynn is the head of an Irish crime family in Chicago, and Flanagan is Walter Flynn. Despite the fact that he lives in opulence in his lakeside castle, he pines for the old days. Walter feels that there is no tradition without community and family, and his great sense of honor pervades his entire life.

The majority of ‘Power Book IV: Force’ was shot in Chicago, Illinois. Apart from being the hometown of the show’s principal actor, Joseph Sikora, the series also showcases a number of local actors and talent. According to sources, filming on the crime drama began in early March 2021. The principal photography for the film appeared to be completed in August 2021. Let us now learn more about the locations where the Tommy-centric series is filmed.

The city of Chicago was an obvious choice for filming because the plot is set there. After all, the franchise’s other series are all set in New York City and shot on location. Cinespace Chicago Film Studios, a family-owned facility at 2621 West 15th Place, was used to film a substantial amount of the series. The studio, dubbed “Hollywood of the Midwest,” has also worked on shows like Chicago Med, Chicago Fire, Chicago P.D., and Shameless. 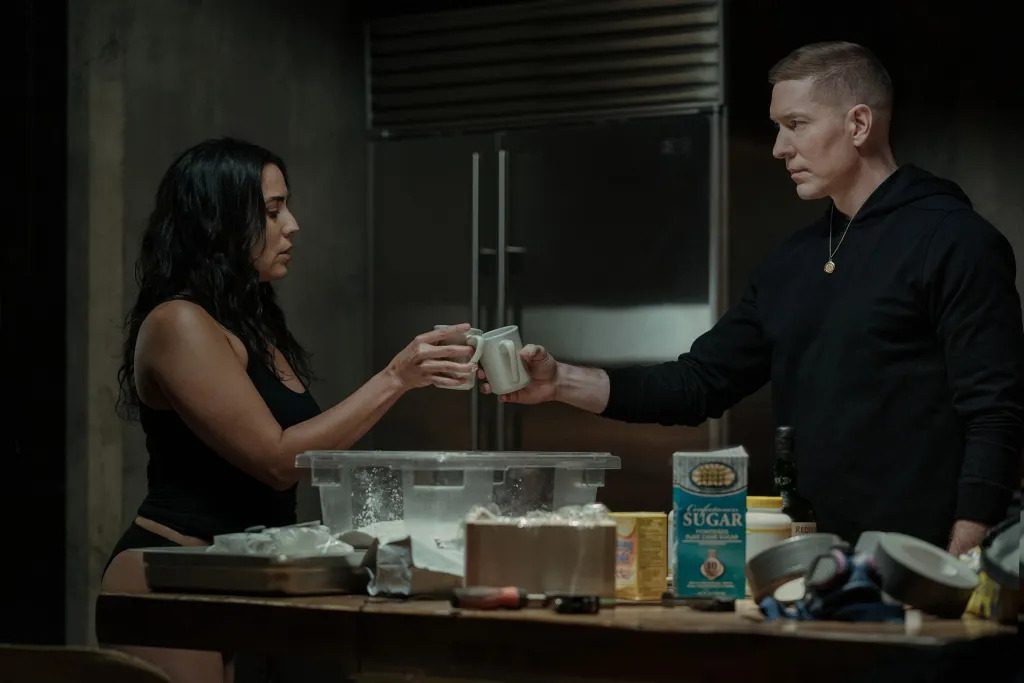 At Wacker & Columbus, a bus terminal along the Chicago Riverwalk, the scene where Tommy and his blue Mustang are surrounded by attackers was shot. A few sequences are shot on the far South Side, specifically at the Altgeld Gardens and Phillip Murray Homes public housing projects. The cast and crew were also seen filming in the Bronzeville neighborhood, dubbed “the Black Metropolis” by many. The neighborhood is a cultural and business hotspot for African-Americans. It’s unclear at this moment whether Season 2 will be set and shot in Chicago.