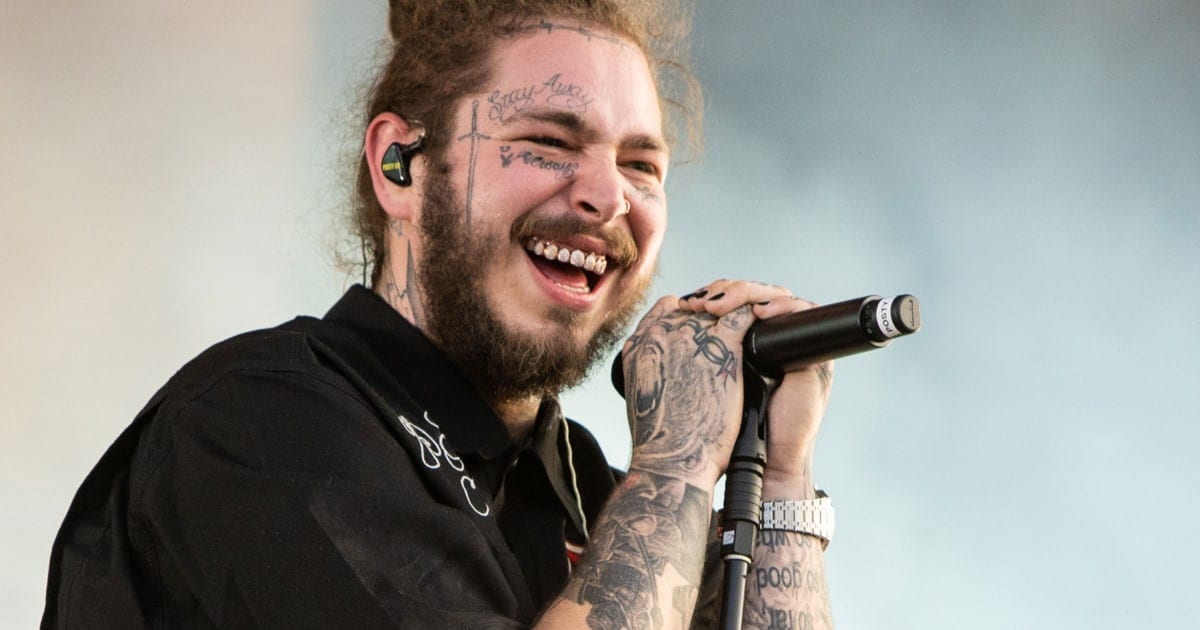 The American rapper who is famous for his tattoos, how much he earns? Austin Richard Post, also known by his stage name Post Malone is an American singer, songwriter, rapper, record producer, and actor. He hails from Syracuse, New York. Later, he shifted to Los Angeles, California, United States. His father, Rich Post, and his stepmother, Jodie raised him. Post’s father told him new genres of music, as he was a DJ in his youth. Moreover, Post has also done an audition for the American band, Crown The Empire. But he can not make it since his guitar strings broke during the audition.

Post decided his stage name when he was 14 or 15 years old. Then, at the age of 16, he created his first mixtape, Young and After Them Riches. Also, he worked at Chicken Express in his teenage. After that, Post and his friend Probst moved to Los Angeles. They shifted to a house with other producers and started creating music. The name of the music group was BLCKVRD. In that period, he met the record producers FKi 1st and Sauce Lord Rich. These producers also produced his song, White Iverson. Later on, the song, White Iverson crossed one million views within a month. Also, it received many appreciations, especially from Mac Miller and Wiz Khalifa. 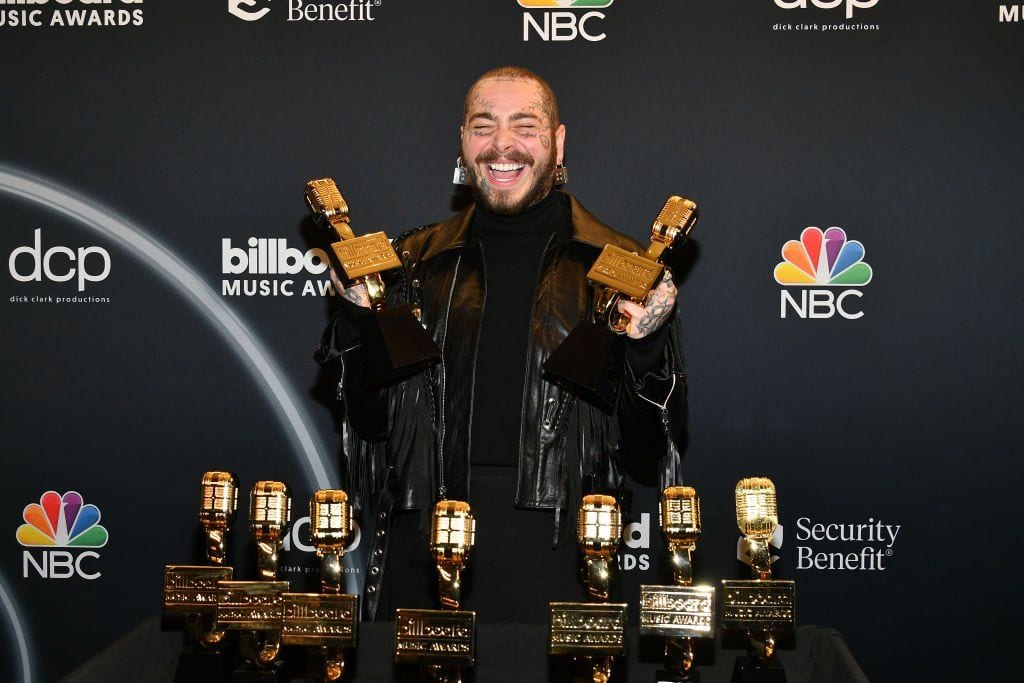 After the success of the song, White Iverson, Malone worked with many rappers like 50 Cent, Young Thug, Kanye West, etc. In August 2015, Malone performed at Kylie Jenner’s eighteenth birthday party. This leads him to many new opportunities. The highlight of the party was meeting Kanye West. Kanye West liked his music and offered to collaborate with him. Then Malone’s new collaboration, i.e., Fade released in 2016 from the album The Life of Pablo. Afterward, his friendship grew up with Canadian singer and songwriter Justin Bieber. This led him to an opening act for Justin Bieber’s Purpose World Tour in 2016-17.

In 2018, Post released his next album, Beerbongs & Bentleys. First, he released the song, Rockstar, from his album featuring 21 Savage. This song hit number one on the Billboard Hot 100 charts. Also, it consecutively maintained the number on the same chart for eight weeks. In the same year, he also released his song, Psycho with Ty Dolla Sign. The song hit number two on Billboard Hot 100 Charts. And the success series is still going on. He was even nominated in four categories for the 61st Grammy Awards.

So, here comes the important and curious question. How much this successful rapper earn? Well, Post Malone’s net worth is around 24 Million Dollars as of 2020. In between June 2019 to June 2020, he has even earned around 60 Million Dollars. Malone earns most of his fortune from concerts. Forbes even reported that he earns 500,000 Dollars per concert. Also, various income sources of Malone includes the sponsorships of various brands. Brands like HyperX, True Religion, and Bud Light. As for the Bud Light, he has done various Bud Light events for them, like Bud Light: Dive Bar concerts. They have even released a fashion collection for a limited period, and that was also on sale. So, these are some of the earning sources of him.

He has earned enough income to count him among one of the highest-paid rappers.But, he is not just the highest-paid rapper but one of the highest-paid rappers in the World. In 2019 and 2020 tour, he has earned 1.3 Million Dollars per city. Also, he has amassed his income from various skilful endorsements. Last but not least, he has a multimillion dollar 12,700-square-foot home in Cottonwood Heights, Utah. To sum up, he is rich and managed his money very well. And earned a lot of profit as well. This 25-year-old rapper has strengthened his financial side and holds important spots among adults when it comes to money. Also, not just money, but he has even earned his success skilfully. Likewise, the awards and achievements are also something we can not skip while speaking of his earnings.