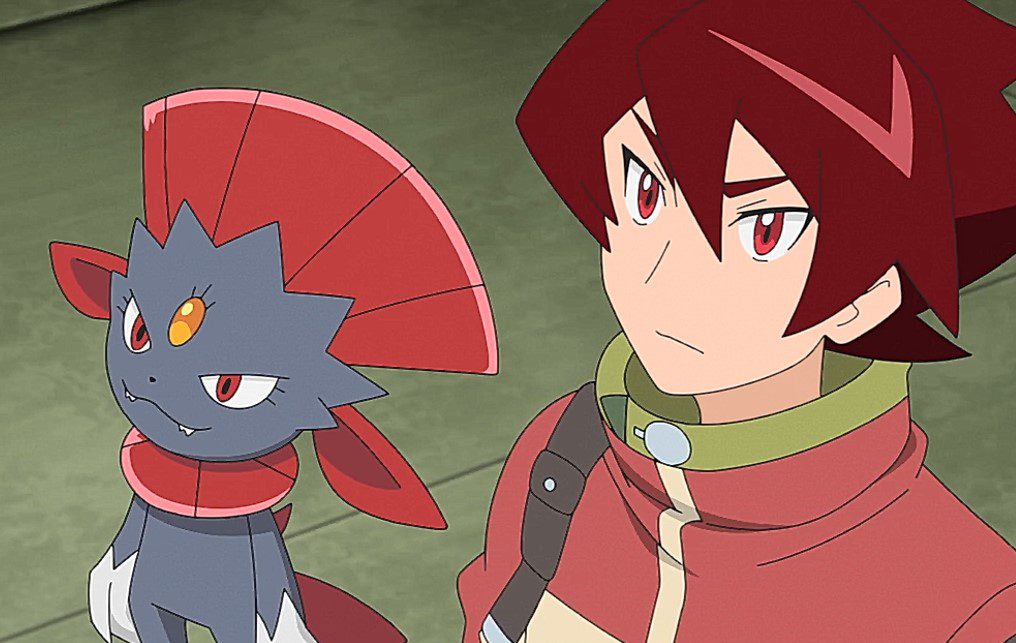 The Pokemon World Championship begins with Pokemon 2019 Episode 81, with Satoshi climbing high rank to make his way to Supreme Monarch Dante. Pokemon 2019 reveals the journey of Satoshi and Goh as they conquered the Pokemon World to achieve their dreams. From the latest Pokemon 2019 episode, the travelers save Alolan Kyukon and realize she has stayed safe for Pokem Hunter not to capture her. One of the Pokemon protectors comments that if she gets a signal of the Hunter, she will inform everyone. They talked about Triam Mission and the trainer who once captured Kyukon.

Goh receives a message that his first trial mission from Project Mew has opened. Satoshi asks him what it is saying, and Goh reads what has happened. The two find that Goh can choose any Pokemon he wants for his trial. Goh finds a mission of collecting Ulgamoth’s golden scales. Satoshi has no clues what it means, and Sakuragi told them that it is the key to the mission. Sakuragi asks Kikuna to display the index data on the main monitor. Kikuna finds that Ulgamoth is Sun Pokemon: Bug/ Fire Type.

It catches a cocoon formed of raging flames and has six wings to scatter its Ember scales, igniting a sea of fire that burns its surrounding. Satoshi wonders if those scales are golden. Sakuragi reminds the boys that they have to figure out that and clear the mission. Goh scrolls on his Index Data to find the place with the most info about Ulgamoth. They find that it is the Resort Dessert in Isshu and decided to go there. They realize that it is where Goh caught Golugh at the Ruins of the Titan.

The episode title is “Trial Mission: Ugamoth’s Golden Scales.” Goh and Satoshi have arrived at the Ruins of the Titan in Isshu to try Project Mew’a first Trail Mission. The two met with Chief and told him why they were here. Chief told the two that the Trial had ended a few days ago since there was an incident. Satoshi wonders what has happened. Cheif reveals that there are Pokemon Hunters nearby who are using weird methods to capture Pokemons. But his excavation team have made an enchanting Ulgamoth-related discovery. They went to learn about Ulgamoth, and Chief narrates the history of Ulgamoth. 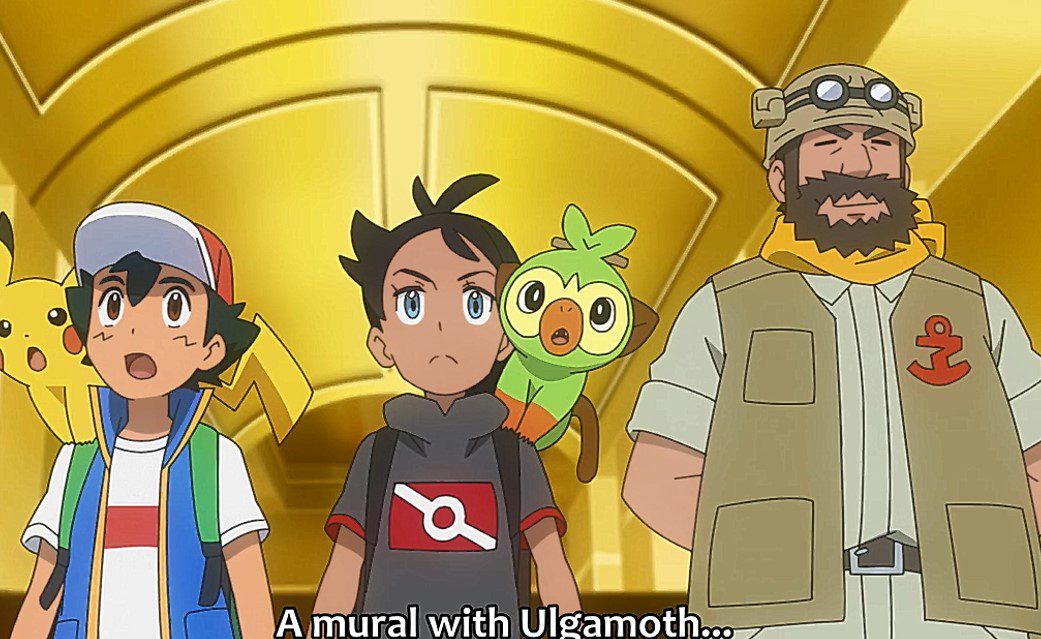 Satoshi wonders if Ulgamoth is the God of fire and Goh realizes that the rage of the mountain means an eruption volcano. They think that Ulgamoth might be in volcanic areas. Chief adds that there is a town founded in the gold rush near the ruins, which got sealed off when a volcano erupted. The two head out to check it out. Later they arrive at the town that is falling apart and wonder if someone is still staying there. Satoshi notices a volcanic mountain. They arrived at the tunnel they used to mine gold. They decided to enter, but the Bat Pokemon scared them.

Satoshi comments that it is Koromori. Goh encounters a Dangoro Rock-type Pokemon discovered a hundred years ago in an earthquake fissure in a layer of exposed rock. They decided to battle it, and Goh used Water-type to defeat Dangoro. Inteleon uses snipe Shot, and they managed to capture it. But a horde of Dangoro chased them. Later they encounter various Pokemon and battled with them. The Pokmon Hunter appears and begins to steal the eggs and Pokemons since they want to make a fortune. Goh and Satoshi stopped them after an intense battle. 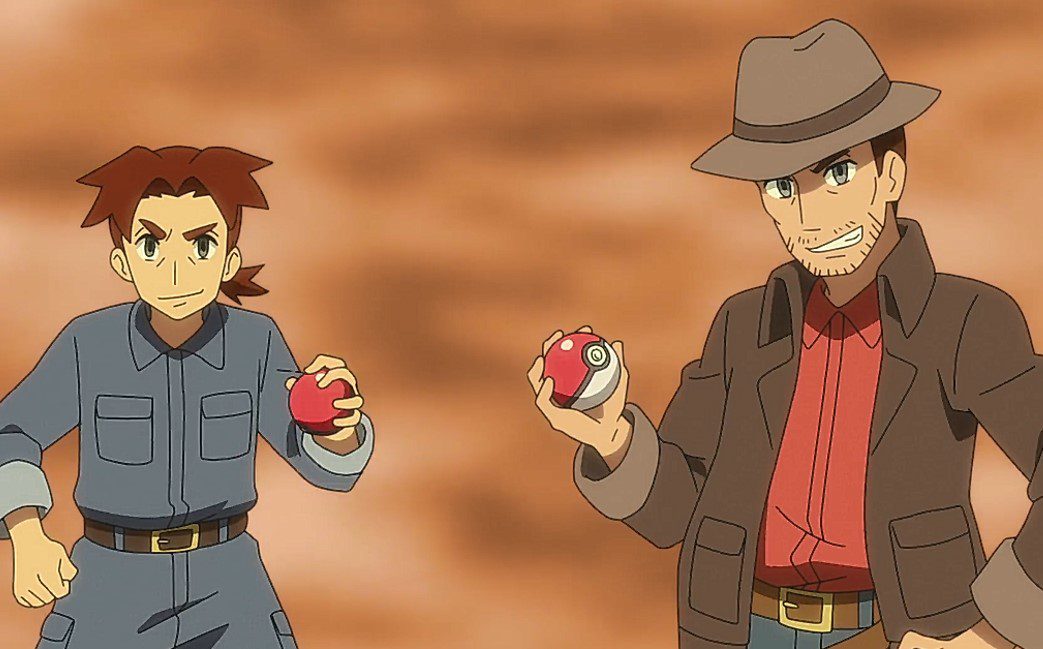 Pokemon-Episode 81 will be released on Friday, 17 September 2021, at 6:55 PM JST. This episode will be online on Friday, but it arives late. Let’s look at the Pokemon 2019 Episode 81 preview and other official updates below.

You can watch Pokemon 2019 Episode 81 online on Netflix Pokemon is available every week unless the anime takes a weekly break. The latest Pokemon 2019 episodes air on Netflix with English subtitles. Don’t miss the series of adventurers. Let’s meet when Pokemon 2019 latest episode release.