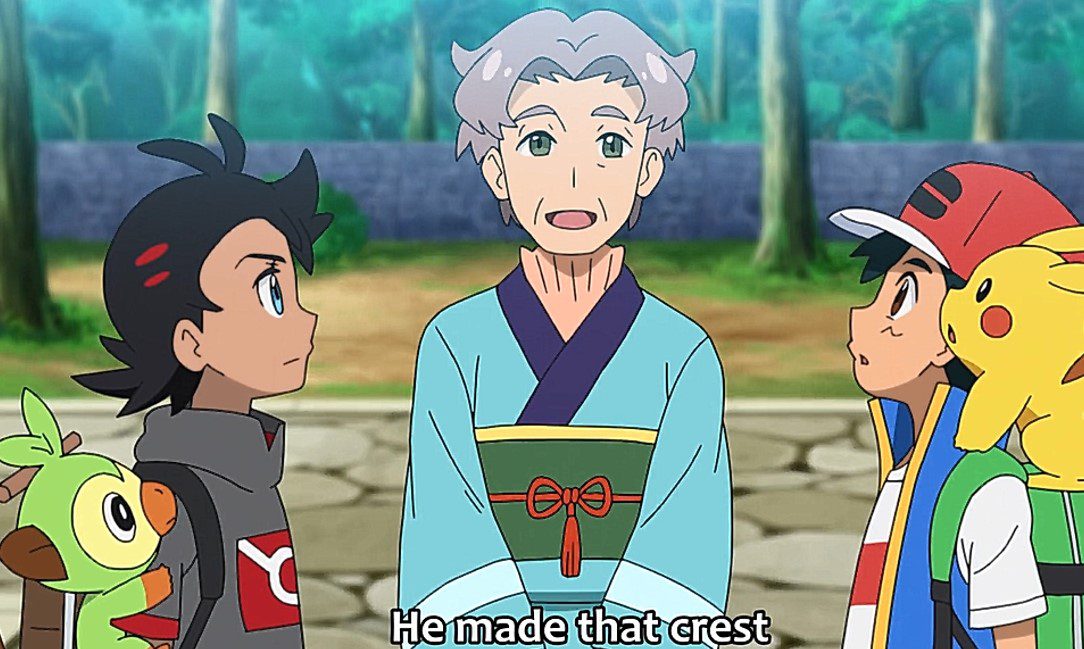 The story of two boys and live as the adventures begin with Pokemon 2019 Episode 80, with Goh and Satoshi climbing top rank s to become World Pokemon Championship. This latest episode will be available on Friday. From the latest Pokemon 2019 episode, Koharu, find a new Pokemon named Eefee: Sun Pokemon-Psychic type. The Index Data explained the abilities of Eefee. She also learns about Blacky: Moonlight Pokemon-Evil type. Sakuragi reveals the Eclipse Castle in Johto, where they have cherished Eefee and Blacky as extraordinary creatures for eons.

Koharu decided that she wants to see Eefee and Blacky. Evee is also excited, and Koharu realizes that Evee can’t miss seeing her evolution. Sakuragi reveals that at Eclipse Castle, they are holding a festival for the upcoming total eclipse. He told the trio to go and have fun, and they set out on a journey for new adventures. The next day the trio arrives at Eclipse Castle, Johto Region, and saw the crest of Eefe and Blacky. Evee saw a shiny thing above the mountain and wonders what that signal is. On top of Mountain, Eefee and Blacky are watching them.

Evee heads somewhere, and Koharu follows her. Goh wonders why they can’t find Eefe and Blacky’s history. An old lady arrived and told them that, amid the Eclipse Festival, the castle’s lord was attacked by someone plotting to take over the castle a long time ago. But the lord’s partners, Eefee and Blacky managed to save the lord from the attack. The lord made the crest to celebrate their bravery, and the crest tells of the day of the eclipse when the Sun and Moon become one. The episode title is ”The Moon and Sun, Koharu and Haruhi.”

Goh is impressed that the old lady knows a lot about Blacky and Eefee. The old lady told the two that she is the present lord of the castle. She adds that she will be retiring today, and it will be announced during the festival. Pikachu notices that Koharu and Eve are missing and warns Goh and Satoshi. Satoshi wonders where the two went, and they decided to look for them. In the forest, Koharu is chasing Evee, who is heading to the top of the mountain. On the top of the mountain, a girl is praying that the Sun must give them protection and let the Eclipse Festival run smoothly. 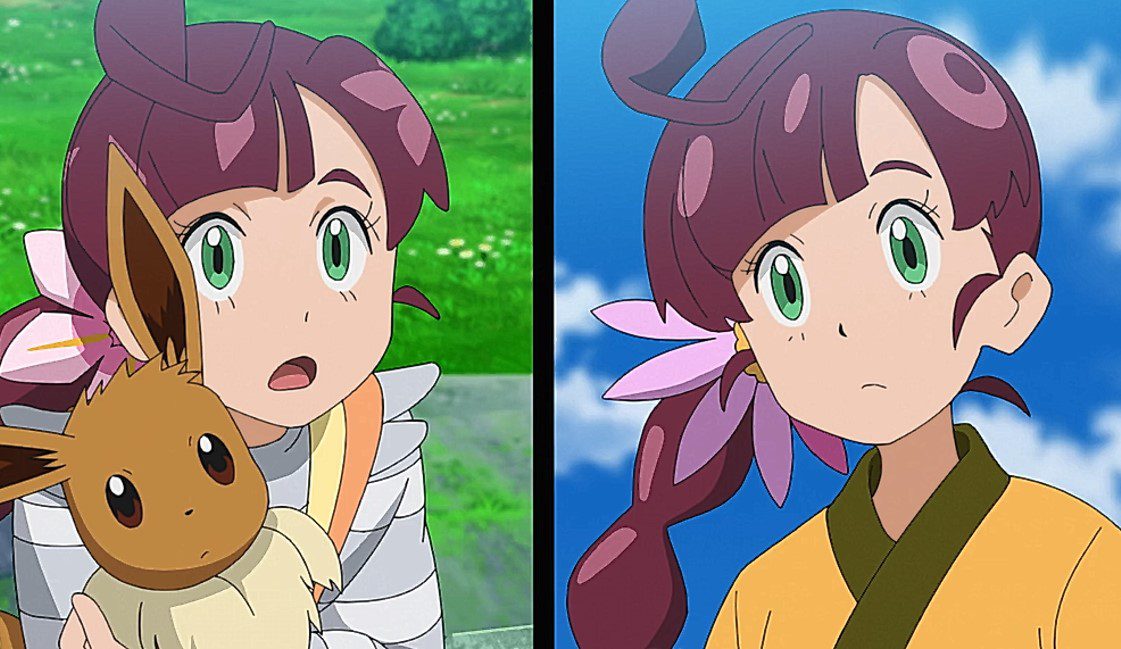 The girl is with Blacky and Eefee, and she wishes that everyone should accept her as the new castle lord. Eefee saw the future where Evee is falling from the top and save her using her powers before the incident happened. Koharu thanks them for saving Evee. When the two made eye contact, they notice that they look alike and they have the same hairstyle. Koharu asks the girl who she is, and the girl reveals that she is Haruhi. Haruhi comments that it is not even their faces, but their names are so similar.

Koharu told Haruhi that they came here to see Eclipse Catsle’s Eefe and Blacky. Evee is confused since the two resemble each other. Haruhi and Koharu get to know each other better, while Evee is looking at Blacky and Eefee. They both head back and meet with Goh and Satoshi. Satoshi comments that the two looks like twins. They enjoy spending time together. Later the festival begins, and Haruhi became the new castle lord after Goh and Satoshi rescue her from the bandits that kidnaped her. The citizens liked Haruhi as the new castle lord.

Pokemon Episode 80 will be released on Friday, 10 September 2021, at 6:55 PM JST. This episode will air online on Friday at that time. Let’s look at the Pokemon 2019 Episode 80 preview and other official details below.

You can watch Pokemon 2019 Episode 80 online on Netflix. This anime is available online every week on its official Twitter and website; Pokemon 2019 episodes are on Netflix with English subtitles. Don’t miss the next adventures of Goh and Satoshi in the upcoming episode. Let’s meet when Pokemon 2019 releases its latest episode.