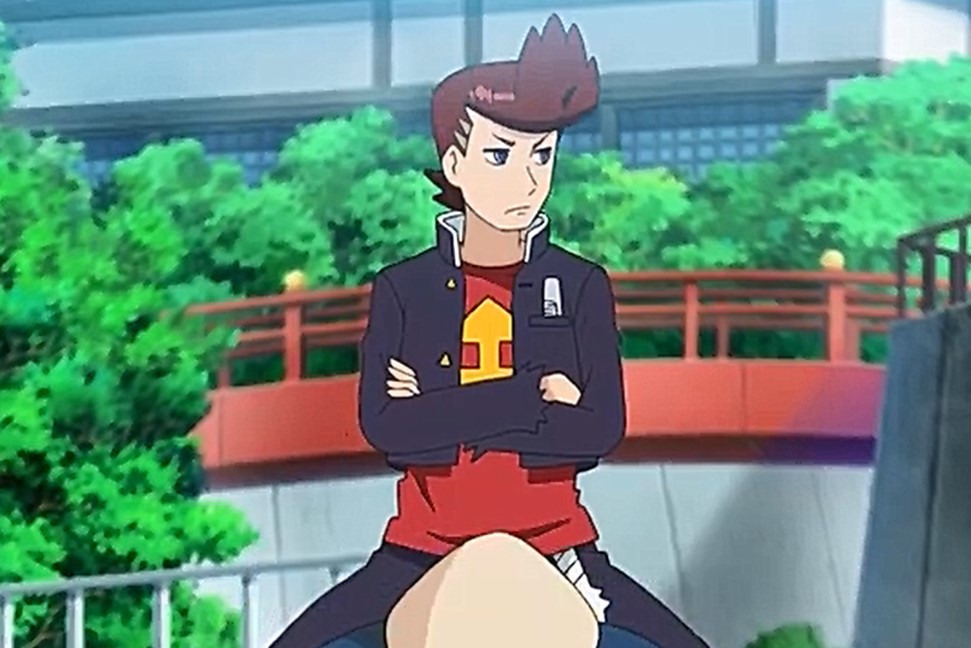 The journey of Satoshi and Goh continues as they defeat their opponents to achieve their goals and dreams. Pokemon 2019 is known as Pokémon Journeys: The Series or Pocket Monsters (2019). In the morning, the boys arrived at Kusaragi facilities and told him about the research request. Goh reveals that a guy from Hoenn named Hoji contacted them. Satoshi reveals that they have become friends when they battle in the Glass Flute Cup. Dr. Kurasagi asks what his request was. The episode is titled The Hated Absol.

Goh reveals the water suddenly stopped flowing at that guy’s uncle’s hot spring. Satoshi too his data collections and show Kurasagi the photo they have received. He reveals that a Pokemon named Absol was seen nearby. Goh reveals that the citizens suspect that Absol is responsible for why the water stopped. The data index reveals that Absol is a disaster, Pokemon. Absol is Evil Pokemon and appears when it senses natural disaster.

Goh realizes that the guy wants them to look into the Absol. In ancient times, Absol was considered a doom-bringing Pokemon. He wonders why people still believe in that old superstition. Satoshi comments that they’ll head out and find the real cause. Kurasagi gave them permission to go and solve the mystery. He also to them to help Hoji. Later Satoshi, Goh, Pikachu, and Sarunori arrived in Fuen Town in the Hoenn Region. The town’s hot springs are a famous tourist destination.

They find Hoji waiting for them at the entrance riding on his Pokemon. Hoji greets them, and he notices that Goh has a rare Pokemon. Goh told Hoji that it is called Sarunori. Hoji tries to shake hands with Sarunori, but he couldn’t reach and end up falling. He comments that it doesn’t hurt a little bit and comb his funky hair. They both enjoy traveling together, and Satoshi wonders why all stores are closed. Hoji comments that no one will visit here without the hot springs.

Goh realizes that area is a spot for the tourist, and Hoji comments that everyone claims it is Absol’s fault. Hoji shows them a tablet that has been here for generations. Satoshi notices that the Absol sketch is on the tablet. Hoji reveals that ever since ancient times, whenever Absol showed up here, a disaster followed. The ancestors carved the tablet to make sure the message would be passed down. Hoji shows them when the Absol arrives in the town. He reveals that after that, the hot springs dried. 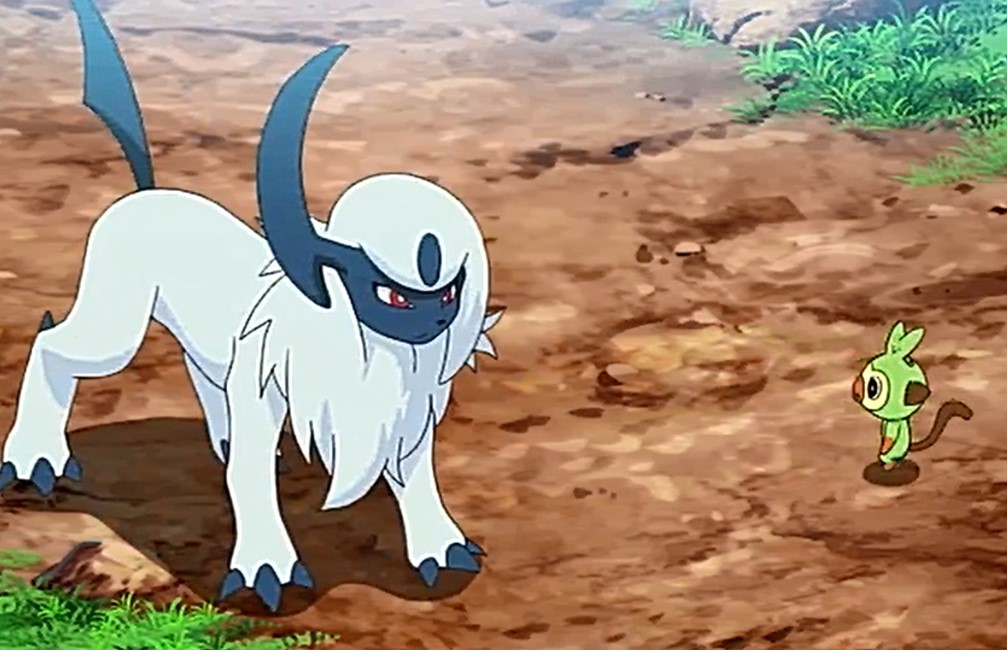 Satoshi realizes that is why everyone is convinced that it is Absol’s fault. Hoji comments that he doesn’t understand, but everyone is worried. He thought that if he asks the two adventurers would do something about it. Goh comments that Hoji is kind, and they head to Hoji’s uncle’s inn. They are surprised to find Hoji’s uncle with a group carrying weapons and traps when they enter. Hoji asks his uncle what is happening. The uncle reveals that they are going to Absol hunting. He asks them to join him.

Hoji asks them why they are hunting, and the oldies reply that they are tired of Absol. Hoji’s uncle comments that they will give that Absol a real clobbering and bring peace back to their town. Satoshi told them to stop, and the uncle asks who are these kids. Hoji reveals that they are his friends, Satoshi, Goh, Sarunori, and Pikachu. He told the oldies that the two are here to investigate. Hoji’s uncle thinks that kids can’t even do a thing to help them. He said if he means more hands, they can also join them on Absol hunting.

Goh comments that maybe the Absol means no harm, and it is appearing to warn them about danger. Goh and Satoshi begin with their investigation and encounters Absol in the mountain. But Absol battle with Sarunoru and defeat him. Goh wonders why Absol is attacking them. They later battle with Absol using Aceburn, who defeated Absol, and Goh captures Absol. Absol befriended Goh and told him that there would be another disaster. They head to the village and find that the hot springs are working and enjoy it.