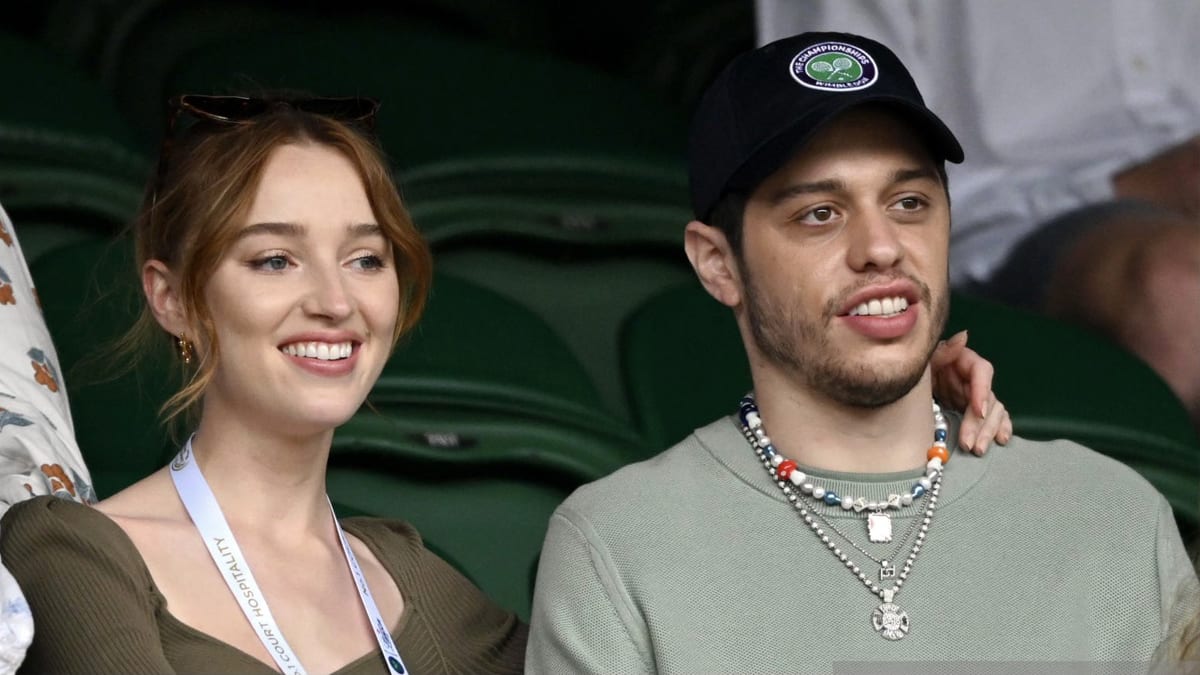 Here, we will find out about Phoebe Dynevor Dating Pete. It’s official, after all! After months of ongoing dating rumors and speculations, alleged couple Pete Davidson and Phoebe Dynevor have finally made their official public appearance together as a couple in Wimbledon during the sixth day of the major tournament. The couple made their debut together while confirming all the ongoing rumors about their romantic whereabouts. The Bridgerton star has been spotted with Davidson from the start of this year, and it seems like the newest couple is very much in love ever since!

The newest pair in town, Davidson and Phoebe, were both spotted wearing green attires. As the two were seen engaging in some fun antics as the lovebirds were all giggling and smiling. The two were all cozy while sharing forehead kisses and side hugs. The entire court witnessed the new lovebirds as these pictures were uploaded by the SNL star on Instagram. The two engaged in further public displays of affection in the spectator stands as the paparazzi captured these moments.  Let us know all about Phoebe Dynevor Dating Pete.

The SNL star gave his girlfriend a warm Instagram welcome after he uploaded a few mushy pictures from their Wimbledon outing. There was another single post of the two as well. With these pictures out on social media, it seems like things are serious between the two. 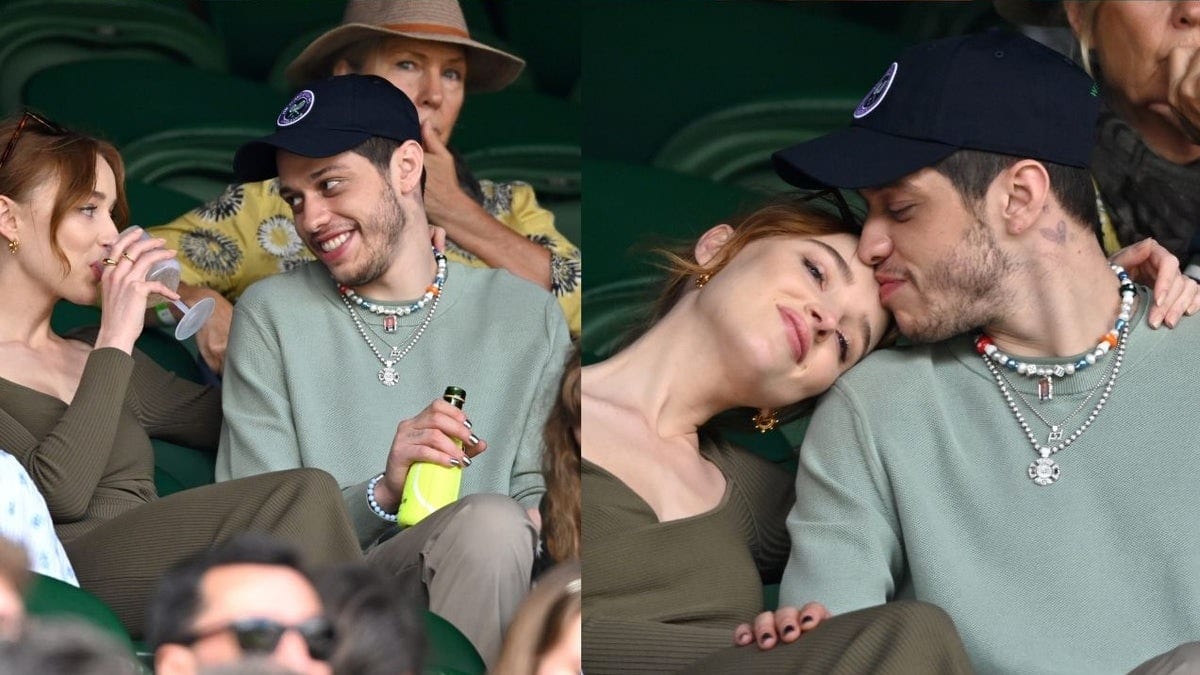 The pair reportedly met at a gathering in NYC and instantly hit it off. While the two initially started as friends and quickly realized there was chemistry between them. An insider has further claimed that while the two started casually dating, things have gotten a bit more serious recently as the two are going strong ever since. With their newest couple debut at Wimbledon, fans might soon see more of their appearances as a couple.

Also read Takeru Kobayashi Net Worth: How Much Does The Famous Competitive Eater Earn?

Back in March, the alleged couple was soon spotted multiple locations in England. They were also clicked by paparazzi at the Caverswall sighting. Later, The SNL star, who is all set to star in Suicide Squad 2, was seen in the Manchester area. The Bridgerton star even visited NYC where Pete lives while she was there to shoot for the final season of the hit series Younger. Earlier this year, the two have been spotted together while giving way to romantic rumors.

The alleged couple soon gave fans some major couple goals after Davidson said that he is with his celebrity crush while participating in a Q&A with Marquette University. An insider further revealed that the SNL star is pretty serious about his ladylove and has been telling his friends the same. The comedian has admitted to his friends that he is pretty serious about his current relationship with Phoebe Dynevor. The Bridgerton star has been swept off her feet with Pete’s sense of humor.

Pete Davidson And Phoebe Dynevor Have Started Their Whirlwind Romance This Year!

It seems like the two have been going around while surviving a long-distance relationship for a while. Moreover, a reliable source has claimed that Pete makes Phoebe laugh and is a charmer. The SNL star is known to date as some of the leading ladies of the entertainment industry. He earlier dated Ariana Grande, Kate Beckinsale, and Kaia Gerber. The comedian opened up about how his mental struggles were a bit overwhelming for his ex-girlfriend Kaia Gerber who is too young. The two came under fire due to their wide age gap. The relationship was a short-lived one, and both of them have moved on with their new significant partners. 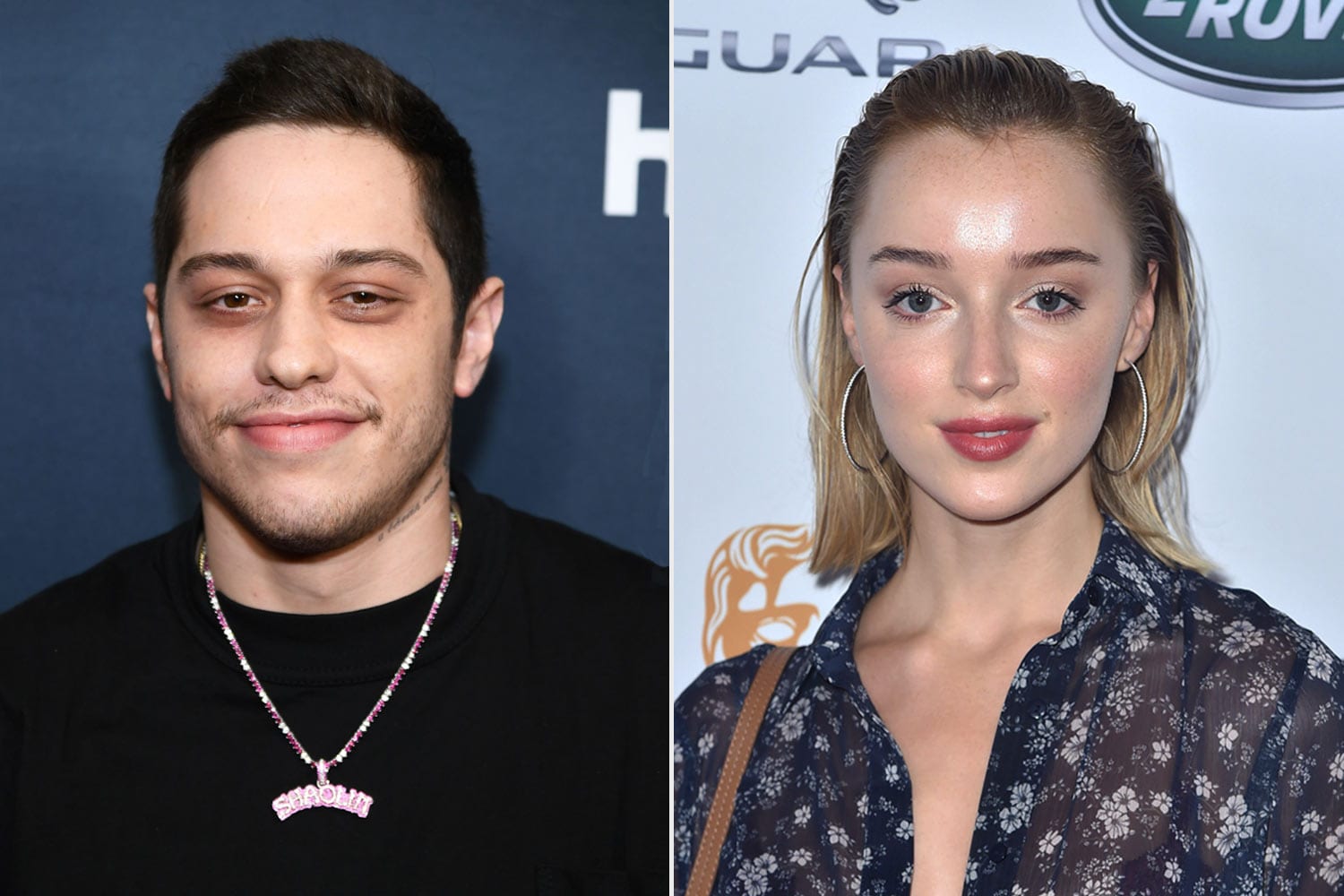 Pete Davidson was briefly engaged to Ariana Grande before falling things off just after a few months. Phoebe was recently linked to her Bridgerton costar Rege Jean Page. Both of them have denied any such ongoing rumors. Following the overwhelming response the Netflix series received from fans, it is soon going to arrive for the second season on the streaming platform.