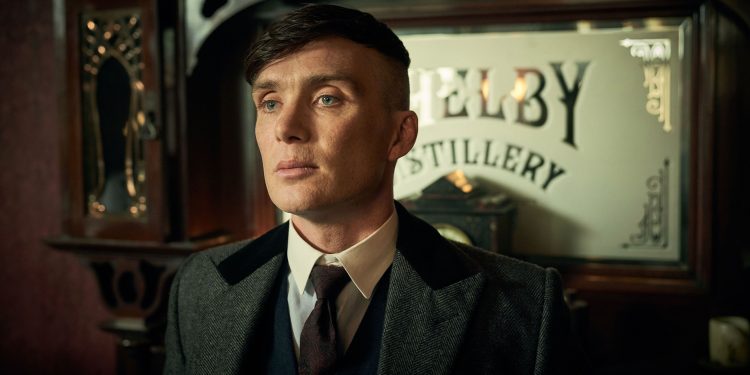 Peaky Blinders dropped its first episode on September 12th, 2013. It has since become extremely popular as more and more people tune in to watch the period crime drama loosely based on a real urban youth gang of the same name who was active in Birmingham, where the show is set, from the 1890s till the early 20th century. The show is created by Steven Knight. Since it was acquired by Netflix, it has become one of the most liked shows on the platform. Peaky Blinders is known for its twists and turns and has a knack for keeping its viewers at the edge of their seats.

The fifth season finale was no different, keeping its viewers wanting more after its epic cliffhanger. However, fans of the show will be happy to know that the series has been renewed for its sixth and final season or series as they are called. The series has been nominated and has won multiple awards. The awards include multiple BAFTA’s and TV choice awards for Best Director, Best Photography, Best Drama Series, and Best Actor.

Peaky Blinders’ storyline is an epic that revolves around an Irish-Romani gangster family. The story is set in Birmingham, England starting in 1919. The plot revolves around the Peaky Blinders gang led by Tommy Shelby. They catch the attention of Major Chester Campbell, a detective chief inspector in the Royal Irish Constabulary, who is sent by Winston Churchill from Belfast. He had mainly been sent to clean up the city of the Irish Republican Army. He was then charged with the responsibility to recover a stolen cache of arms meant to be shipped to Libya. The first season or “series” ends with the Peaky Blinders who plan to take over Billy Kimber’s betting pitches at the Worcester Races.

The second season begins in 1921 with the gang expanding their criminal organization in the South and North while still having a hold over Birmingham. The climax of this season was at Epsom racecourse on 31st May 1922 or Derby Day. The third season begins in 1924 with Tommy and the gang expanding their organization once again, this time internationally. Father John Hughes makes an appearance for the first time in this season. He is involved in an anti-communist organization. The fourth season begins on Christmas Eve 1925. It ends after a general strike in May 1926 with Tommy using Jesse Eden for information. He is also shown being elected as a Member of Parliament in 1927.

The fifth season begins on 29th October 1929. In this season, we see Tommy lose one brother and gain another in the form of Finn, the youngest now a member of the gang. Finn goes down a bit of a dark path by the end of the season. Throughout the season, Tommy has been suspicious of his cousins Michael’s intentions. This is understandable as he is the reason Tommy lost everything when the stock market crashed.

His suspicions are confirmed when Michael hands him a proposal which basically explains that Michael will take over the business while Tommy retires. He explained that he would be in charge of their drug smuggling business which would be financially beneficial. He said that he would oversee the expansion in America with the help of his wife’s family. Aunt Polly resigns at the end as she does not want to be caught in a war between her son and Tommy.

It turns out Michael was not the only traitor among them. Barman Micky Gibbs turned out to be an informant to the Titanic gang in London. In episode five, Arthur and Brilliant Chang’s opium exchange was taken over by the new gang. This happened because Micky had leaked the information on the exchange. After discovering this Tommy shot him in the head and burned his body. Previously, Tommy had shot and killed Alfie. Well, as it turns out Alfie did not die. It was revealed that the shot did not kill him in the season 4 finale but just wounded him, badly. Tommy then makes a deal with him to use some of his Jewish gangsters to cause a commotion in Mosley’s rally.

All of this leads up to the moment when Tommy’s plan to kill Mosley is to be executed. While Mosley was making his speech members from Alfie’s gang broke in to disrupt the action. Barney Thompson, Alfie’s friend is just about to shoot Mosley when he in turn is shot in the head and killed. While just as Aberama Gold was going to kill Jimmy McCavern, he is also stabbed to death. What this means is not only has Tommy’s plan to kill Moseley failed, he also seems to have a new enemy.

Tommy is shown having suicidal thoughts when he asks Charlie Strong about how his mother killed herself. At the penultimate end of the season, Tommy is shown walking through mist hallucinating his horse and his dead wife Grace, whom he hallucinates throughout the season. This is when he puts a gun to his head and screams about to pull the trigger. The viewers are not shown whether or not Tommy is actually dead.

Peaky Blinders Season 6 will be released on BBC One and BBC iPlayer in the UK in early 2022. The season should consist of six episodes as it has been for the last 5 seasons. Season 6 star Conrad Khan said that it might release in February this year but the date has not been confirmed yet. Filming for the new season began at the start of 2021 and ended in June of the same year.

Considering how the previous seasons have been released, the new season should come to Netflix roughly two to three weeks after its UK air date. This is when viewers in US and India will be able to watch the show. The wait has been long for the much-anticipated show as it kept getting delayed due to the pandemic. It is also being said that the final season will be followed by a feature film which is set to begin production in 2023.

After the fifth season, we can expect most of the cast to return with some new additions. We also wonder if Finn might have a bigger part to play in the new season. The big question is: Is Tommy alive? The answer to which is most probably, Yes. Considering that he is the protagonist it is highly unlikely that he would be dead. We can expect there to be some major complications and strife between him and Michael following his betrayal. There is also a chance that aunt Polly will now be joining Michael’s ranks as she resigned from Tommy’s. Gina’s family will most probably play a big part in this new season. With the introduction of new characters, it will be compelling to see how he deals with them.

It will also be interesting to see how Tommy will handle the Titanic gang. Even more interesting, however, will be how Tommy and Alfie’s unholy alliance plays out. The biggest question after the season five finale is Who thwarted his plan to kill Mosely? and Who is his new enemy? The answer to both these questions might be the same or different but one thing is for sure, it will be exciting to find out. We are also left to see what Tommy will do about Mosely now that his plan failed.

Also after the fifth season, Tommy was left with nothing but betrayal and depression. It will be interesting to see how, if he ever does, he will get back on top while suffering from depression after losing everything. We cannot wait to see what new plan he concocts to defeat an even more powerful Moseley. There are a lot of things to anticipate and we have no doubt that fans are desperate to see what is in store for Tommy. 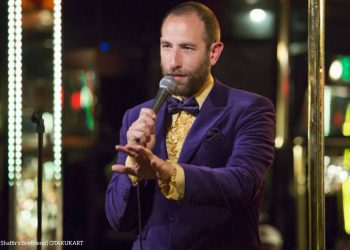