Party A Who Lives Beside Me Episode 15: What’s Next For Our Urban Young Duo In Love?

Party A Who Lives Beside Me revolves around a rookie designer named Bai Ye Xuan, who is packed with some precious dreams. 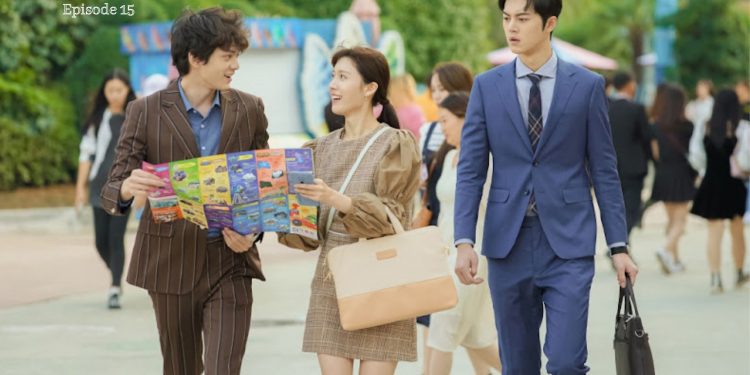 Party A Who Lives Beside Me Episode 15

Party A Who Lives Beside Me Episode 15 is going to be on the screens very soon. Fans out there are very eager about the same, and it can be seen clearly through all the social media platforms. The Chinese drama is doing fairly well on every ground, and there is no doubt in the fact it is going to become one of a kind very soon. It is also known with other names like “Party A Living Next To Me,” “Zhu Zai Wo Ge Bi De Jia Fang,” and “Jyu Joi Ngo Gaak Bik Di Gaap Fong”.

Portraying the genres of romance, comedy, and drama, the C-drama has built up a strong ground; and it has raised the bar by ten times. Moreover, the genres included in the drama series are the popular ones in the Asian arena, and that has fueled the viewership crowd for the series by a lot. Undoubtedly, the show has managed to spread its popularity beyond the defined Asian arena and is doing well globally too.

Here, we shall talk about the upcoming “Party A Who Lives Beside Me episode 15”  and tell you all the needed details about the same. Therefore, let’s have a quick look inside.

When will Party A Who Lives Beside Me Episode 15 Release?

Party A Who Lives Beside Me Episode 15 will be released on December 11, 2021, at 5:30 PM. The viewers out there are all eager to know the next events in the drama series, and they are already packing up social media platforms with their theories and assumptions. Well, the wait is about to be soon over, and we will know what will happen next.

Directed by Sha Wei Qi, the Chinese drama has crossed the threshold of its home country; and now has become immensely popular all over the Asian entertainment arena. It has won several hearts with its lightweight and engaging content, and every new episode has managed to have a good grip on the audience out there.

To go a bit back in time, the first episode of the drama aired on November 27, 2021, and if the regular release scheduled is followed without any kind of delay, then the final episode shall be released on December 19, 2021. Talking about the ratings and reviews of the show, then the viewers of the series have left behind all the positive comments, which are really encouraging for everyone.

If you haven’t already seen the show, then do go and add it to your watchlist.

Also Read: Now We Are Breaking Up Episode 10: Is It More Than Business For Chi Sook & Do Hoon?

Watch Party A Who Lives Beside Me Episode 15

Mango TV is the original distributor of the show, and if you are a domestic audience, then you can definitely catch up on the episodes through the network.

Moreover, you can also catch up on the show through platforms like MGTV Drama Channel, where you can watch the show for free with subtitles, or you can go for the subscription-based MGTV. You can easily select the subscription plan through its main website according to your needs and priorities.

Party A Who Lives Beside Me has a total of 24 episodes, and each has a running time of 45 minutes.

Party A Who Lives Beside Me Episode 15: Plot & Spoilers

The plot of the show has built up a strong base for its success, and it won’t be wrong to say that it is doing a pretty good job in the same. The workplace romance drama series revolves around a rookie designer named Bai Ye Xuan, who is packed with some precious dreams. She discovers that her neighbor is an arrogant Party A. Her encounters with Li Ze Nan continue to grow more messed up, and their endless bickering is cute and funny at the same time.

With time we discover that Li Ze Nan is none other than Party A, who has made Bai Ye Xuan’s life pretty messed up. Gradually, they develop a brewing romance between them; and together, they learn to lean on each other for comfort and overcome a workplace crisis together.

The show’s cast team has created a buzz all over the internet as it has included some pretty popular faces.

In the main role, we have Xie Bin Bin in the character of Li Ze Nan and Wang Zi Xuan in the role of Ye Xuan. Meanwhile, Zhai Guan Hua as Hu Ya Nan, Zhu Ran as He Yu Cheng, Elvis Li as Mao Tian Yu, and Liu Zhe Hui as Guo Tian Lei can be seen in the supporting roles.

In the previous episodes, we have seen them coming up together and fighting the stress of the workplace. And we are expecting our urban young people in love to go through many more adventures together.