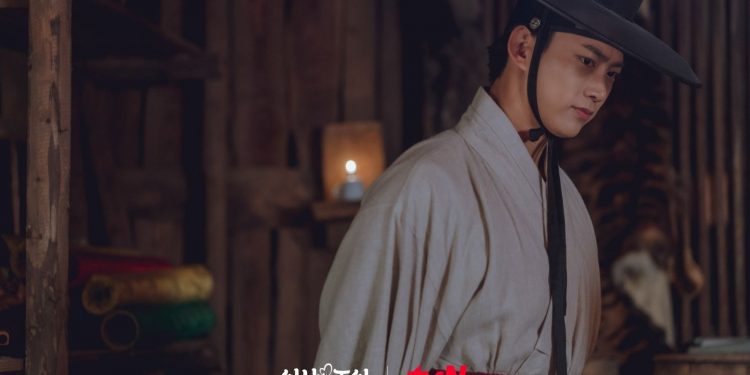 As we are moving forward with the plot in Secret Royal Inspector & Joy, the real motives behind the criminals and conspiracy are coming in light. In the previous episode of the historical drama, we found Ra Yi Eon (2PM’s Ok TaecYeon) getting in danger to save his companions. While everyone believed that he died in the blast, Ra Yi Eon emerged as a hero, looking fine and fresh, in Hanyang. So, what’s next for our secret royal inspector in Secret Royal Inspector & Joy episode 10? Catch the release date, preview, and streaming details for the next episode further in the article.

The tvN historical drama is evolving and so are the characters. By now, our only antagonist was Park Tae Seo (Lee Jae Kyun). However, now with his step-brother in the picture, our thoughts about Tae-Seo are beginning to change. In episode 8, we saw Tae Seo and Park Do Soo (Choi Tae Hwan) verbally abusing each other. And, it turns out Tae-Seo’s life can be in danger, after all. Hence, there is a high possibility of witnessing a crazy turn in the story in Secret Royal Inspector & Joy episode 10.

Besides the incredible cast and plot of the Sageuk (historical dramas), the crew is also one of the reasons behind its success. Writer Lee Jae Yoon has undoubtedly penned down the script in the most thrilling way.

Secret Royal Inspector & Joy Episode 10 is releasing on December 7, 2021, at 10:30 PM KST. The episode will broadcast on a Tuesday on the tvN network originally, with a run time of 70-80 minutes. The drama has already come halfway since it will conclude after sixteen episodes. So, fans can look forward to seeing a drastic change in the forthcoming episodes of the drama.

As for the preview, unfortunately, there is not one available for episode 10. But, with the multiple stories going on the show, we can obviously determine the next big thing that might happen in the lives of Ra Yi Eon and Kim Jo Yi (Kim Hye Yoon). From the hints of the new preview for episode 9, things might get better for Ra Yi Eon. Also, his relationship with Kim Jo Yi will become stronger since the two are now almost inseparable. Also, Jo Yi might reunite with her mother in the upcoming episodes.

Apart from the leading pair, the new pair of villains and step brothers will display their family issues. And, Park Do Soo might create problems for everyone in the province, including Tae-Seo.

You can watch the upcoming episode of the historical drama online on various channels. Initially, the new episodes releasing on Monday and Tuesday on tvN via cable network in South Korea. But, people with no access to the cable, have to find their own way, online. Luckily, a couple of online portals will allow you to watch Secret Royal Inspector & Joy online.

This includes Rakuten Viki, which is also home to several other Kdramas. You can watch the tvN drama on Viki with a subscription. Moreover, you will be able to access subtitles in English and other languages. The next is weTV, which is another popular online service to watch Kdramas, and Secret Royal Inspector & Joy is easily accessible on WeTV as well. Like Viki, you will require a subscription for WeTV as well.

Lastly, Viu and iQiYi are other available options to watch Secret Royal Inspector & Joy online. The two perfectly works in certain territories. Hence, check out the websites and see if it’s available in your region.

What To Expect From Upcoming Episodes – Will Park Tae Seo Join Hands With Ra Yi Eon?

Although Park Tae Seo made us clench our jaws at multiple times, he might not be completely evil. With Park Do Soo entering the drama as villain number 2, the audience are changing their perspective. Maybe for the better. Park Do Soo and his father are planning to create chaos, just like Tae-Seo. However, the sad part associated with him can bring a change in his character.

Freshly, we have learned that Tae-Seo longs for attention and love from his family. And, it might not be his fault that he became what he is today. If he decides to go against Do Soo, his life will get in danger too. Thus, there is a possibility to see him join hands with Ra Yi Eon in the new episode.

Also Read: Min Ho’s Upcoming K-drama: Everything About “The Fabulous” Out Yet!