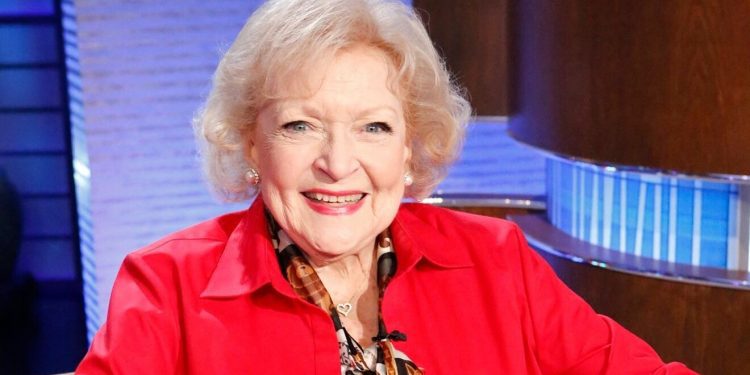 It is a sad day indeed as our beloved Golden Girls star Betty White has passed away. The woman who lived 99 glorious years and left behind a legacy has left us all. People remember her as the simple and naive Rose Nylund from the iconic 1980 sitcom The Golden Girls. She also gained huge fame after starring in The Mary Tyler Moore Show. Betty White also made history as the first female television talk show host. The actress hosted the live talk show Hollywood for a few years.

Believe it or not but apart from her meticulous acting career, she also served during the Second World War as a member of the American Women’s Voluntary Services. The U.S. Army also paid its tribute to the star. U.S President Joe Biden and First Lady Jill Biden also paid their tribute to the late Actress.

Betty White: An Icon Who Was Loved By All

Ryan Reynolds, who was Betty White’s co-star in the romantic comedy flick The Proposal, also paid his tribute while remembering the lovely lady that she is. The Deadpool star jokingly referred to her as his ex-girlfriend. Will and Grace star Debra Messing remembered the late Actress and called her a national treasure. Here’s what the Deadpool actor writes about Betty White.

The world looks different now. She was great at defying expectation. She managed to grow very old and somehow, not old enough. We’ll miss you, Betty. Now you know the secret. pic.twitter.com/uevwerjobS

The actress, who always stole the show with her witty one-liners and jokes, bagged as many as eight Emmys, three Screen Actors Guild Awards, and one Grammy. She managed to stay in the show business for almost six decades! Betty White also starred in Hot in Cleveland and further made a few cameos in hit television shows, including 30 Rock and Community.

Talk show host Ellen DeGeneres, Walt Disney executive chairman Bob Iger, Jennifer Love Hewitt also paid their heartfelt tribute to their beloved Golden Girls. Betty White would always be remembered for her impeccable sense of humor, acting skills, and the impressive amount of sass that she had. As Betty White’s Jeff Witjas rightly said that though the actress was about to be 100, he thought she would live forever. We all would miss seeing that face on the screen.