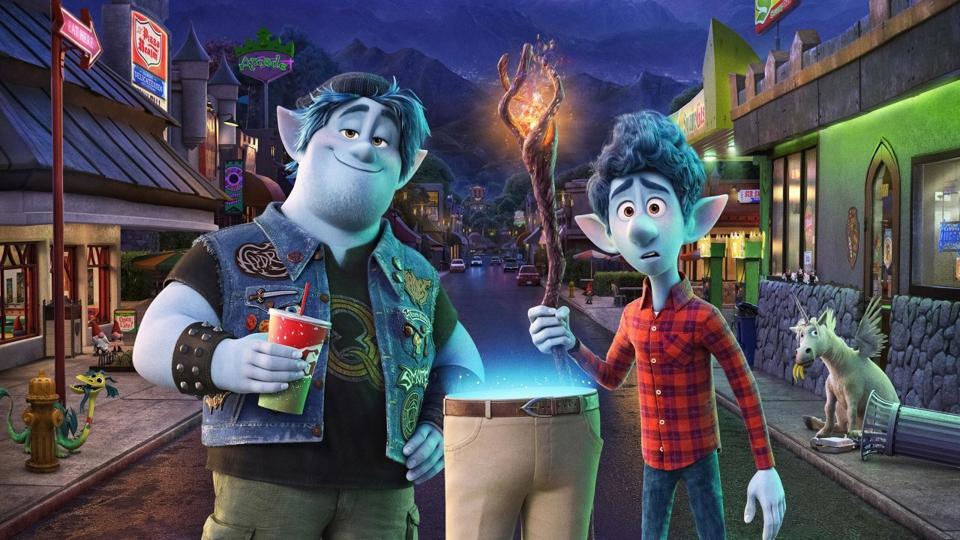 Onward is a 2020 Pixar animation film starring Tom Holland and Chris Pratt as the lead voices. The film is a computer-animated family comedy and adventure film. Produced by Disney-owned Pixar Animation Studios, the film is directed by Dan Scanlon. The screenplay is written by Scanlon, Jason Headley, and Keith Bunin. Lending their voices to the lead characters, are Marvel’s avengers Tom Holland and Chris Pratt. It also stars the funny Julia Louis-Dreyfus and Octavia Spencer. Onward is set in a magical world that was previously a traditional fantasy land but now looks like a suburb. It follows two elven brothers who want to revive their dead father for a temporary while. They set out on a magical hunt for the artifact that will make this wish come true.

Onward was first premiered at the 70th Berlin International Film Festival on February 21, 2020. It eventually hit theatres on March 6, 2020. The Pixar film received mostly positive reviews. Critics noted that the film follows the successful Pixar formula but is unable to evoke the same amount of magic the past ones have. The financial reception to the film has also deflected from the successful run of Pixar movies. But that was mostly thanks to the unprecedented Covid-19 pandemic. The film released at an unfortunate time when the pandemic resulted in worldwide theatre shutdowns. Before it was released over the digital streaming platform, it managed to gross $141.4 million in total. 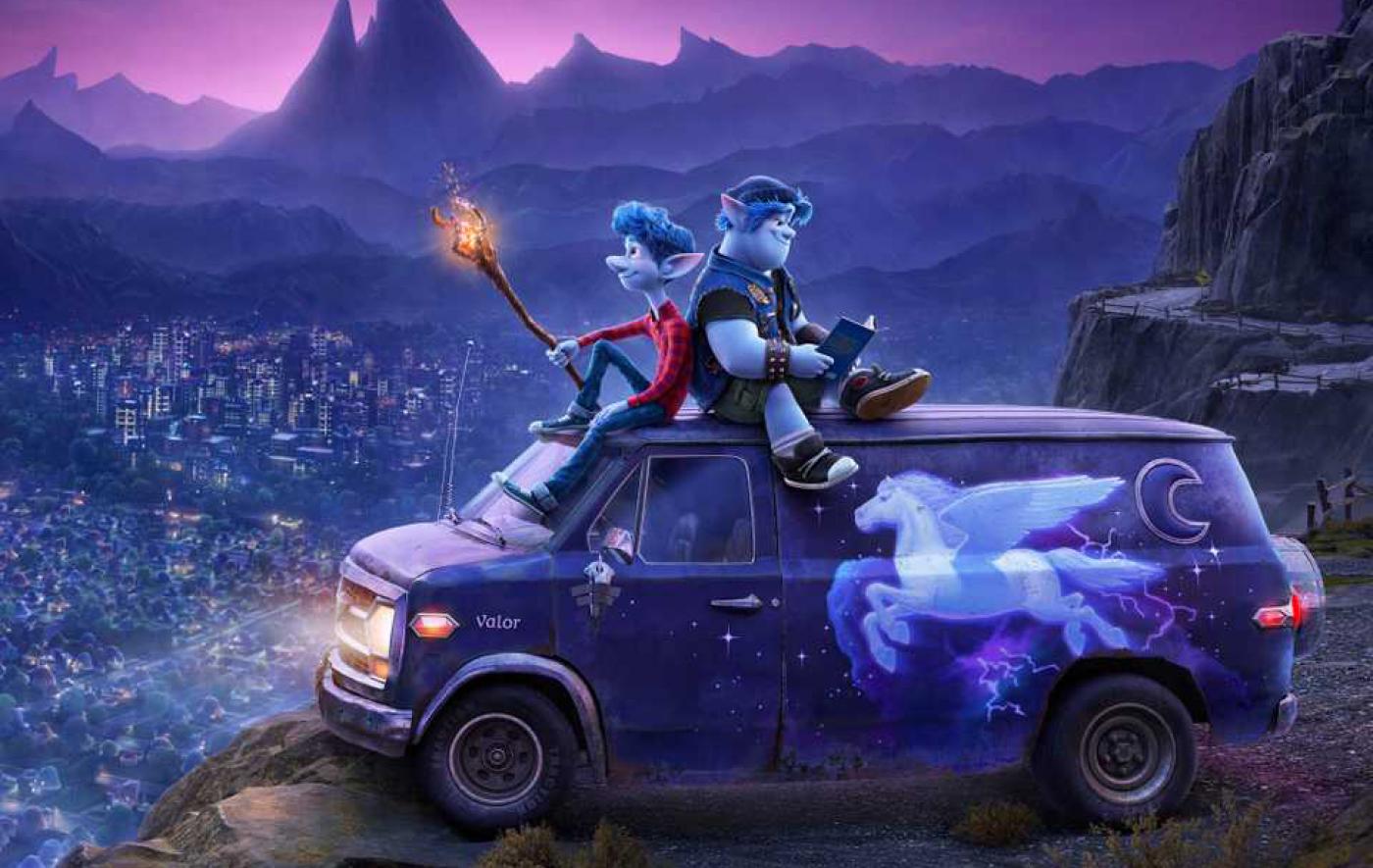 The world of Onward used to be a fantasy world full of magic. It was a pretty common thing many years ago. But as the world advanced and technology expanded, magic started diminishing. People stopped using magic and relied on technological devices and contraptions. Now, in a suburban town called New Mushroomton, there live two elven brothers, Ian and Barley Lightfoot. Ian is the younger sibling. He is a high-school student and struggles with low self-confidence. The older brother, Barley, is a vivacious boy with a passion for history. Their father, Wilden, had died from a severe illness soon after Ian was born. Now the siblings live with their mother Laurel and her boyfriend, Colt Bronco. He is a centaur police officer, and the brothers are not quite fond of him.

It is Ian’s sixteenth birthday. Laurel gifts the siblings a gift from their father, Wilden. Then gift contains a magical staff, a rare phoenix gem, and a letter with a “visitation spell”. The spell can resurrect their father for a single day. Ian decides to cast the spell and succeeds. But he finds it difficult to finish when his enthusiastic brother offers to help and messes it up. Consequently, only half of their father gets resurrected before the gem runs out of its magic and perishes. To complete the spell, the brothers have to find another gem. Thus, they embark on their quest to acquire a new gem and use it to finish the spell. The brother set out on the adventure in Barley’s van called Guinevere. Meanwhile, their mother finds that the boys are gone. She sets out to look for them.

The sibling duo then arrives at the Manticore’s Tavern. They are looking for a map that has the path to the gem. However, they discover that the tavern has now become a family restaurant. Ian confronts and argues over the map with the restaurant manager, Corey. During their banter, Corey comes to realize just how unfulfilling her life has become. She gets into a fit of rage, driving the customers away while accidentally setting fire to the restaurant and the map. Now the brothers find their clue to the gem in a children’s menu. The menu points them to a place at a nearby mountain, “Raven’s Point”. Later, Laurel arrives at the restaurant and makes friends with Corey. She asks Corey for her help in finding her boys. Corey agrees, and they both set out to track them down.

On their way, Corey tells Laurel of the impending curse that the boys’ quest may awaken. She also says that the curse can only be defeated by her sword. But the sword is currently kept at a pawn shop. The duo arrives at the shop, defeats the clerk, and stealing the sword, they resume their journey to find the boys. But soon they get into a car accident. The accident coerces Corey to use her wings to get out and track Ian and Barley down. Meanwhile, the siblings encounter a pixie biker gang, which they marginally escape from. After that, the brothers encounter the police. Following that, Ian unintentionally reveals that he thinks Barley has been a hitch and screw-up. The two argue about not considering Barley’s ideas. They also argue about Barley’s “Path of Peril” to the gem. 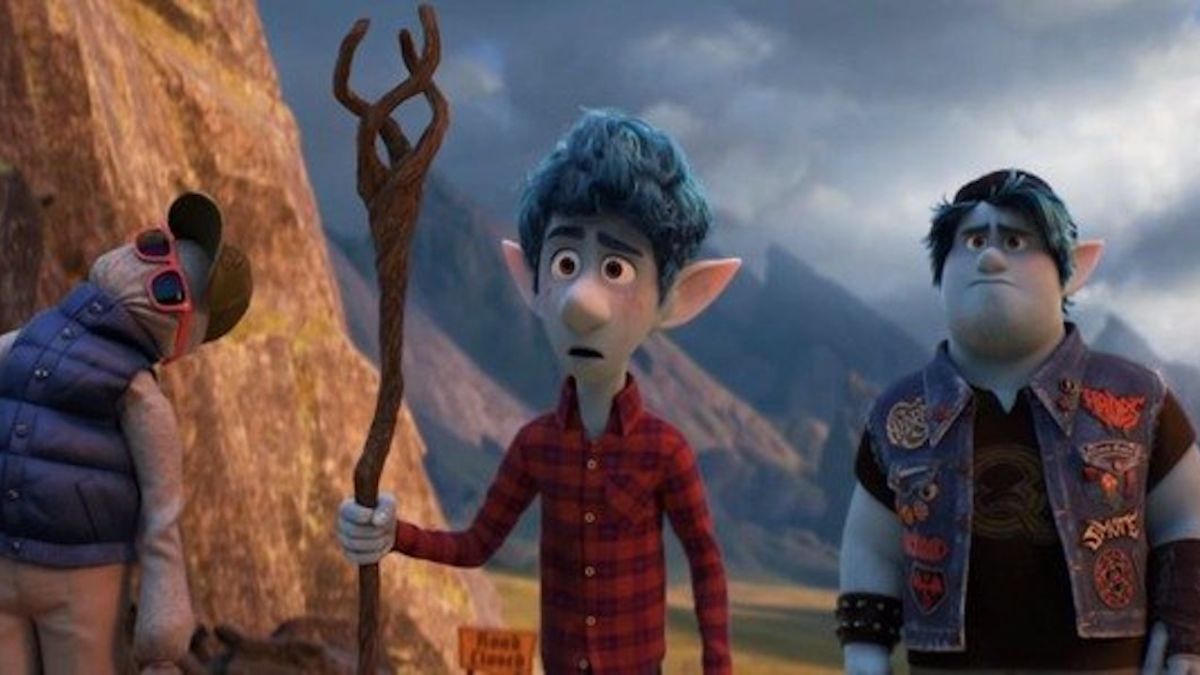 Ian and Barley Lightfoot set out on a quest to bring their dead father back to life temporarily.

The quest continues, and meeting the dead-end.

Their banter is intervened when their father’s legs start dancing to the music from the van. The brothers hop on into the fun and start dancing too. Afterward, Ian agrees to go along with Barley’s Path of Peril idea. Following that, they are stopped by an unopened draw bridge. That’s when Ian uses a spell to overcome this problem and release the draw bridge. This helps Ian finally overcome his lack of self-confidence. They finally arrive at Raven’s Point. They are led to a trail marked by a series of raven statues. But they’re also being followed by Colt, who has called for reinforcements.

The brothers soon meet a dead-end. And to get rid of their pursuers, Barley uses his van Guinevere to cause a landslide. Amidst all this chaos, they reach a cave where they both have an emotional sharing. Barley tells Ian that his last memory of their father is when he couldn’t say bring himself to say goodbye to his dying father. The brothers then meet a series of traps. An obstacle then transports them back to the surface, in front of Ian’s high school. Ian gets furious at Barley for his advice. He chastises Barley and then heads off with Wilden’s remaining parts to spend the remaining time. But Ian soon realizes that Barley has always been a father figure for him. Meanwhile, Barley finds the gem they need inside a nearby fountain.

Defeating the curse and a heartwarming reunion

Barley acquires the gem, but it triggers that curse that Corey was talking about. The curse results in a dragon-shaped golem being conjured up. The golem wants the gem and starts fighting them. Corey arrives with Laurel at the scene. They distract the golem so that Ian can finish his visitation spell. However, they aren’t able to defeat the golem. Ian jumps into the battle and starts fighting the golem, while Barney gets to wish Wilden a final goodbye. Ian manages to finally defeat the golem and gets a short glimpse of his father reappearing. As Wilden vanishes, Barley tells Ian how their father is proud of them. The brothers then share an emotional hug.

Time passes, and Ian’s self-confidence and magical abilities have improved a lot. Ian also brings a surprise gift to Barney in the form of a new van. He titles it “Guinevere The Second”. Elsewhere, Corey reopens her tavern in its original glory. She becomes good friends with Laurel. Ian and Barley also improve their relationship with Colt. The film ends with the brothers setting out on a new adventure.

Although not a quintessential Pixar film, Onward is a solid, fun time.

Onward might be slightly tame in comparison to the series of Pixar classic films, but it’s just warm and fun. The film is borne out of deep personal space. Director Dan Scanlon wrote the story based on his own experience with his father, who died when he was just a year old. And that emotional aspect is very visible in the story. The film follows the same tested and successful formula as Pixar movies. It’s the making you laugh and then suddenly leaving you in a puddle of tears. Onward seems too frantic and wild, which can often overwhelm its moments of calm and emotional exchange. 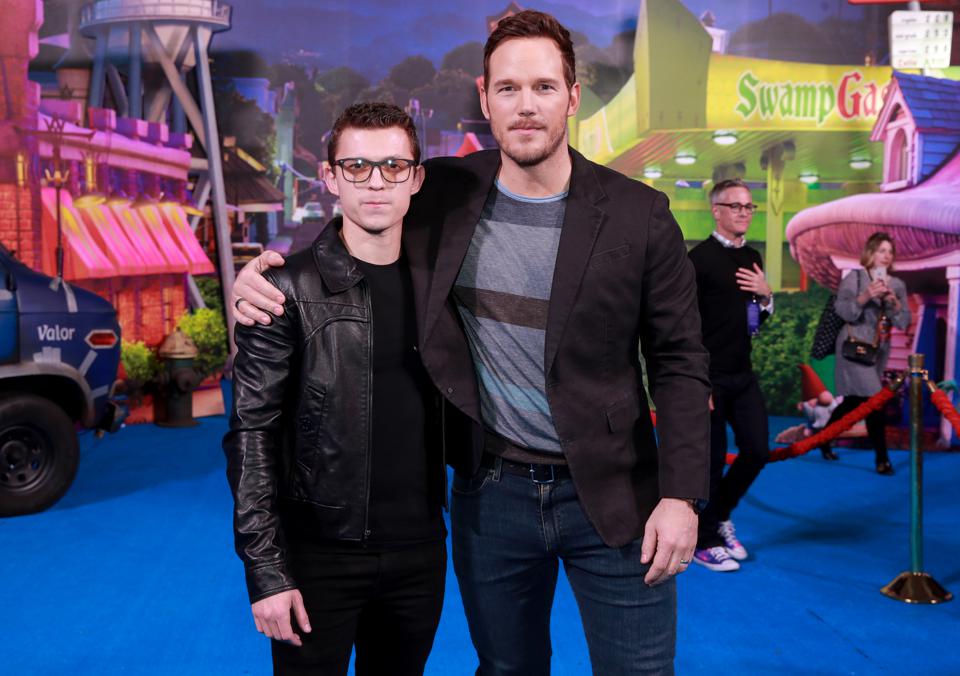 Tom and Chris bring their real-life chemistry to their voice roles in Onward (2020).

But the movie is such a fun experience of imaginative fantasy lands and impeccable animation that make up for its shortcomings. Tom Holland and Chris Pratt are believable in their voice roles as two brothers. These two seem to be the perfect casting for their respective roles. Also, being former collaborators at Marvel studios, their real-life chemistry translated very easily to the film. Apart from them, Julia Louis-Dreyfus is also fun and sincere in her role as their mothers. This magical, emotional, and personal film might not compare to the Pixar classics, but it doesn’t have to. It’s a fun, wild, and wacky ride that’s sure to make you laugh and tug at your heartstrings during its runtime.

You can currently stream Onward on Disney+.