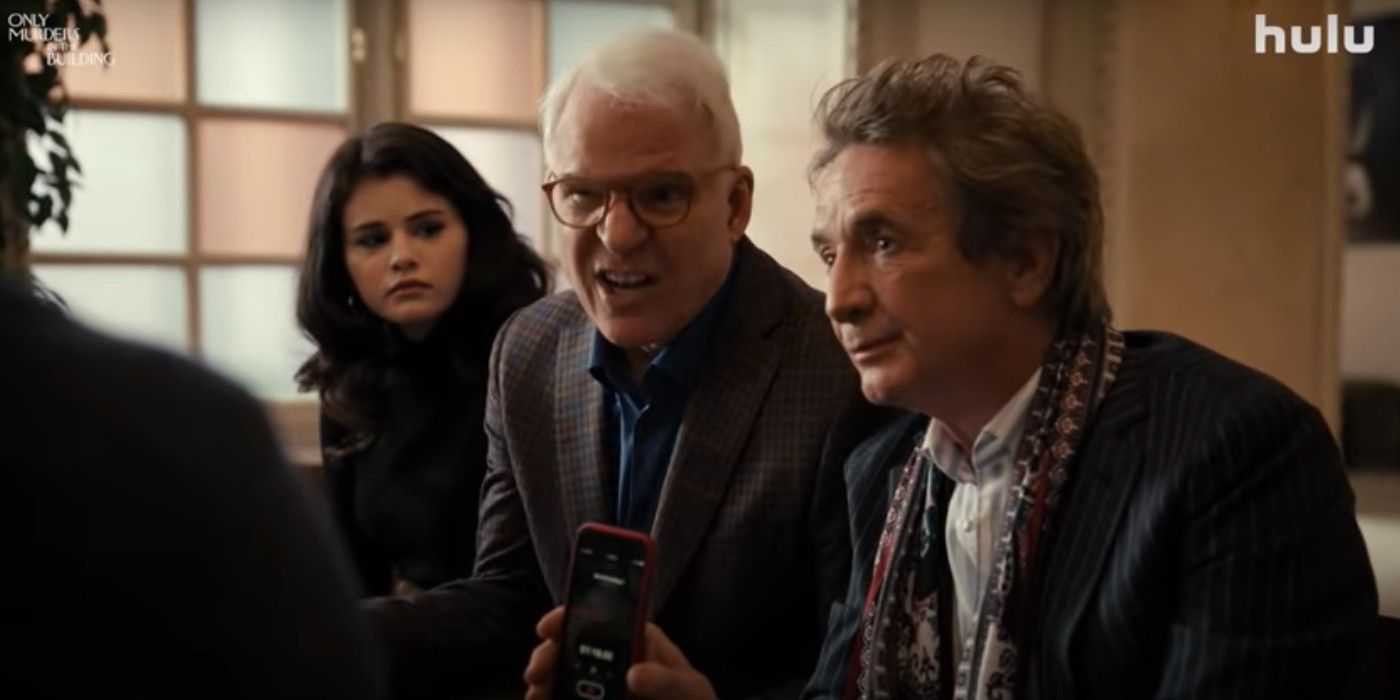 What to know what happens in Only Murders in the Building Season 1: Episode 1 And 2? It seems like August ended on a mysterious note as streaming service Hulu is keeping viewers gripped with their newest mystery in town! The newest release, Only Murders in the Building, is here and is already making everyone a possible suspect for a murder! With an interesting cast ensemble with two of the most iconic actors Steve Martin, Martin Short, and singing sensation Selena Gomez, the story starts with an obsession for true crimes and ends with, well, a murder!

Created by Steve Martin and John Hoffman, the Hulu release taking a unique take on a murder mystery amidst the washed-off streets of New York. With an unlikely cast ensemble that has been creating quite a buzz around in the first place, the ten-part series has finally made its premiere. Get ready for a gripping mystery ahead as a voice that assures that there are eyes on you all over the place here! Let us take a look at all the details about Only Murders in the Building Season 1: Episode 1 And 2.

Only Murders in the Building Season 1: Episode 1 And 2.

Only Murders in the Building Season 1 Episode 1 And 2 are to release on 31st August. The first episode opens up to introduce the characters as the story progresses. Steve Martin plays the role of Charles is a former TV detective who struggles with his long-lost fame and uses some common bits of the tagline. Funnyman Martin Short is  Broadway producer Oliver who also seems to be struggle g financially and is not very good with relationships as such! Selena’s Mabel is an aloof person who enjoys her solace with her headphones. 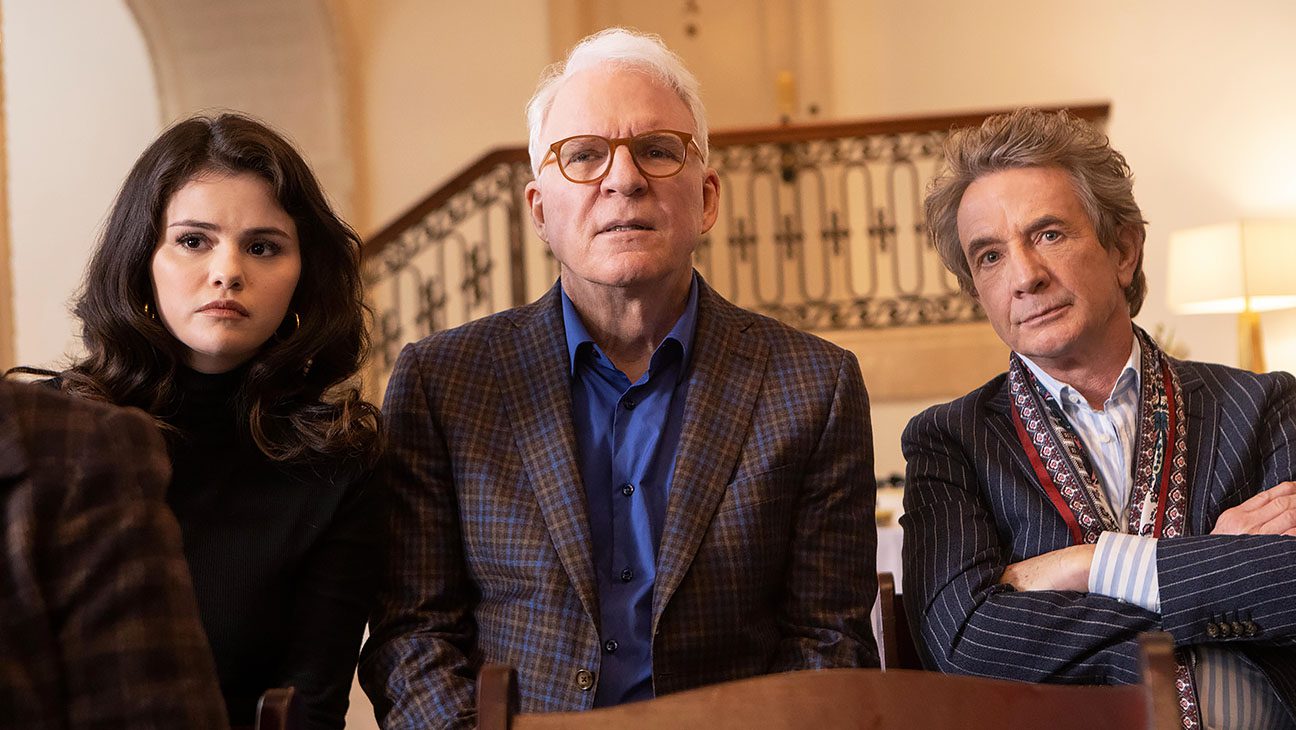 The episode is kick-started when Mabel leans over a dead body and announces that it is not what it looks like! The three soon find a common link: their obsession with crimes! The story jumps back and forth as it takes us two months earlier. Things start to get all the ominous when the fire alarm goes off, and while everyone is rushing down, we soon notice a mysterious figure in a white hood! Soon, we discover that a man named Tim Konos is dead and everyone is a suspect! While the authorities decide that it was a suicide, our trio seems to strongly disagree! With their role model Cinda Caning’s tips from the podcast they follow, they will find more leads about the murder. The obsession soon turns into an extensive search on the streets of New York, and now we need answers!

Why does Mabel Dreams About Killing Someone?

While the first two episodes are full of gripping facts about how the trio meet and their obsession with true crimes, fans are still wondering a lot about Mabel! As it turns out, Mabel sleeps and imagines brutally murdering a man who appears in one of her recurring dreams! If you haven’t already seen the show yet, here’s the official trailer.

What makes Selena Gomez’s character all the more intriguing is how by the wks of the episode, it is revealed that she knew the man who was murdered under mysterious circumstances! Mabel is harboring a dark secret that could end the show within minutes, it seems! Also, we wonder where did Mabel get the orange jumpsuit from?

Steve Martin Is All Praise About His Co-Star Selena Gomez!

While Selena Gomez plays a millennial. In the newest Hulu release who finds it hard to relate with Martin and Short’s character, it is not the same in real life! It seems like Steve Martin, and Selena Gomez had a few teachable moments that benefitted them both. 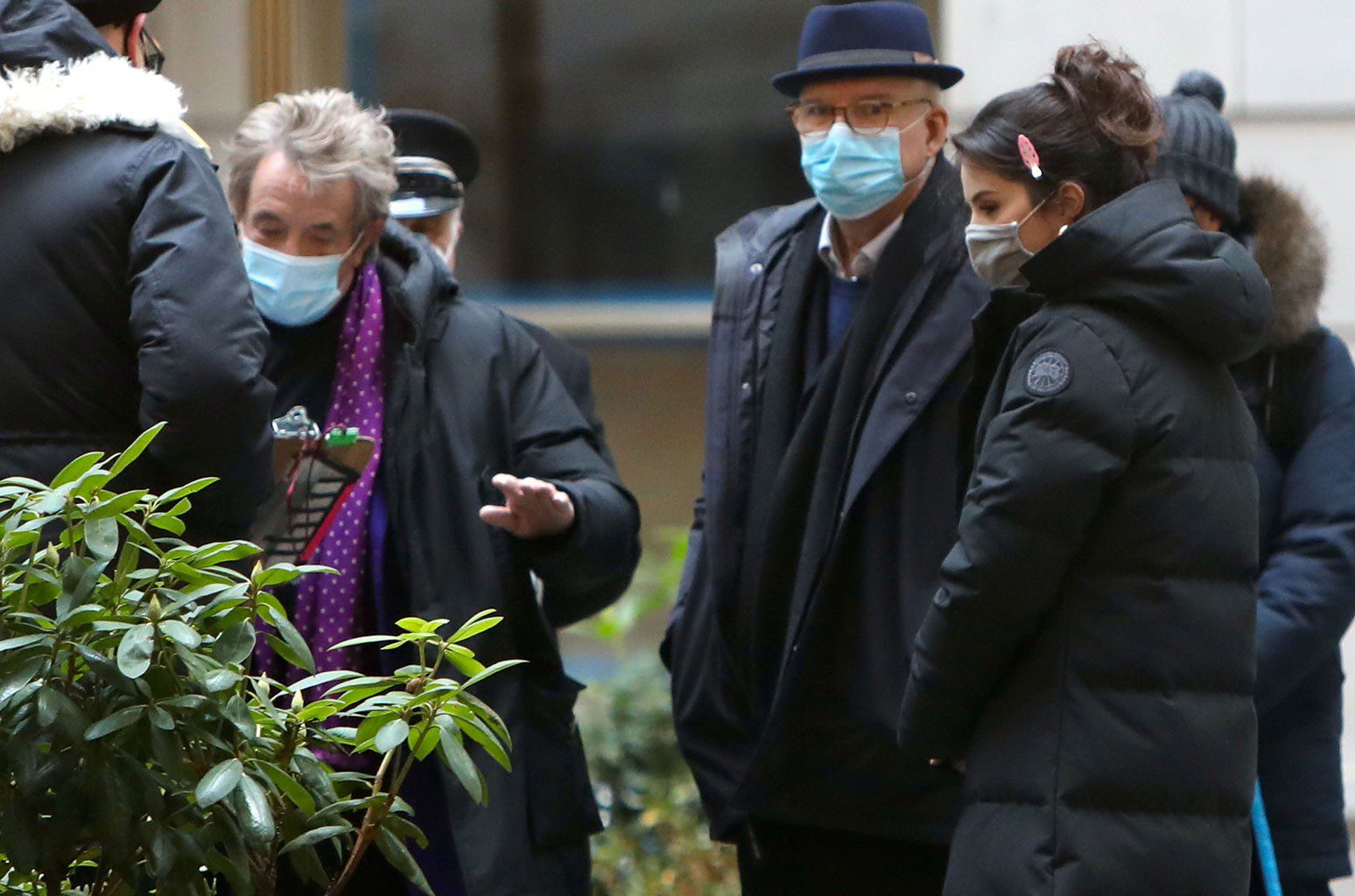 Behind The Shooting Scenes

Martin listened to some of the newest tracks like WAP, and I Love It, all thanks to Selena Gomez! Martin Short and Steve Martin returned the favor as they counseled the singing sensation on boys on set! The three had a great time filming and are already on board for a second season as well, if that happens!  You can binge-watch Only Murders in the Building exclusively on Hulu!