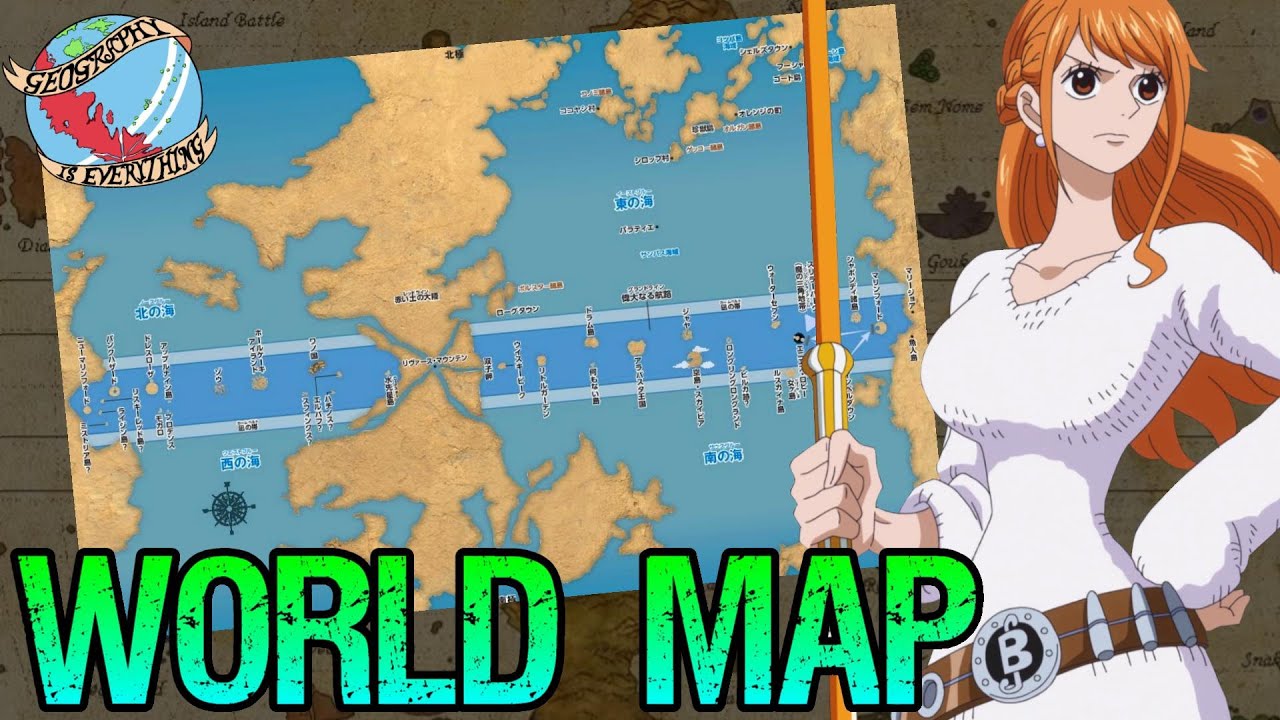 With One Piece, we have come across the world map of the Eiichiro Oda-created famous anime. The map/world in any anime is unique in itself. Deep down, probably every anime fan wonders about the vast map of One Piece. To be a pirate, leading a crew with your ship, is not something we can do but we all enjoy seeing Luffy do it. It takes a lot of skill and determination to travel on a map as big as that of One Piece.

We have seen the One Piece map in the anime many times. Still, there are a lot of places left to discover for both the manga and the anime. With the next arcs of Elbaf, and Raftel confirmed, we will see more new territories on this massive map.

Eiichiro Oda has delivered us with a masterpiece in the form of One Piece. Over the years we have seen the Straw Hat Pirates go on a number of adventures in many different lands. With One Piece still showing us new lands and territories regularly, fans often think and have questions about the One Piece map. We have done our research, studied all the territories (major ones or else it will be never-ending), and have finally decided to give you this article you deserve.

Let us dive deep into the world of pirates, beasts, ninjas, and much more. We will now take a look at the One Piece Map.

Understand The Map Through Story Arcs

This is probably the best and the easiest way to understand the vast One Piece map. The One Piece map may seem a lot to understand at once. But take a closer look and remember all that you have seen, voila! you are starting to understand it. With every new story arc, we have got to see something new. Almost every arc has taken a new place. Currently, the story is taking place in Onigashima, situated in Wano country. Let us further learn about this map of One Piece and uncover the mysteries surrounding it.

Divisions Of The World On One Piece Map

The One Piece map can be visibly seen divided into 4 different parts. These are East Blue, North Blue, West Blue, and South Blue. At the top right of the map is the East Blue part. The top left of the map is called the North Blue. The bottom left is known as the West Blue. Finally the remaining area, that is, the bottom right is the South Blue. The One Piece map is divided into these 4 great seas due to the Grand Line and the Red Line.

You can understand the Red Line as latitude and the Grand Line as longitude. If you remember well, Luffy met his crew members in East Blue. He met Zoro, Sanji, Usopp, and Nami in East Blue and from there began his journey. 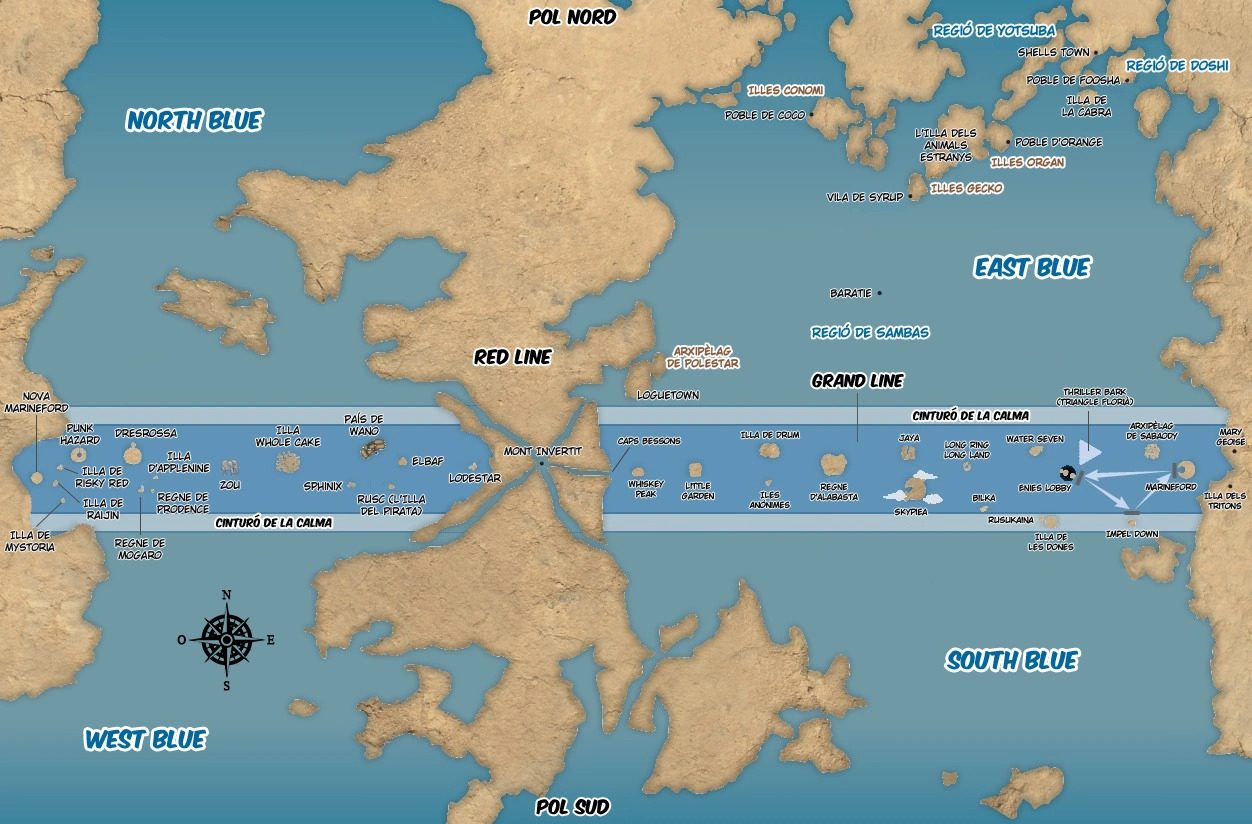 The One Piece map

Grand Line goes around the world, in other terms, it circumnavigates the whole One Piece world. Almost every pirate travel along this path. Most of the story also happens in and around the grand line. The most important reason for many pirates traveling along the Grand Line is the One Piece treasure. One Piece is believed to be on the last island in the Grand Line known as Laugh Tale island. The Red Line divides the Grand Line into two parts. They are known as Paradise, a highly dangerous and unpredictable area. The other half is called the New World (where Wano country is located). The four emperors of the sea rule the New World.

Red Line extends from the north to the south of the world. It is the only continent in the One Piece world. It also divides the two big oceans into four smaller parts. The popular Holy Land of Mary Geoise is located on the Red Line, this is present at the part where the Grand Line touches the New World. Red Line is used to also separate the New World from the other half of the world. When the Grand Line’s first half ends, sailors need to go underneath the Red Line and cross the Fishman Island to arrive in the New World.

Now the only thing left to explain is the calm belt which is pretty self-explanatory. Still, I will help you out in case you forgot. Calm Belt is an area without any sea current or wind. This is also the land of Sea Kings. These creatures attack any ship they see if it is dead. The calm belt surrounds all the sides of the Grand Line. Thus no sailor tends to go beyond the Grand Line into the calm belt as ship sails would not be of any use here.