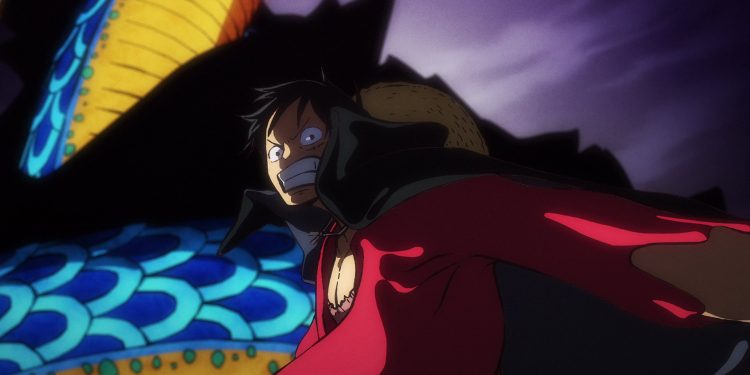 Having dominated multiple sales boards over its course of production, One Piece is flourishing just as well, even decades after its premiere. With 1005 episodes out, One Piece has truly proven itself over and over again with the intense plot twists and ever-growing character development of everyone involved. Jump Festa 2022 introduced One Piece fans with multiple upcoming projects. One of these announcements was an upcoming anime opening, and the creators have held onto the promise. The 24th opening of the One Piece anime is released, and fans have nothing but good to say about it.

One Piece has previously released some of the most exciting openings and ending themes that have left fans in awe. It’s no different this time as fans claim to be “blessed” by the beautiful theme. The 24th opening theme has been released more than a year after the previous opening theme, which was titled ‘DREAMIN’ ON’ by Da-iCE. One Piece has several projects planned for 2022. Beginning the year with a successful opening seems highly motivating for the entire franchise. This definitely makes us want to look forward to a streak of successful One Piece projects ahead.

It’s been a year and a half since Da-iCE’s DREAMIN’ ON was released. The opening theme ran for 69 episodes. On 9 January 2022, the newest One Piece opening was uploaded on the official One Piece YouTube channel. It has been entitled the official opening theme of the anime starting from episode 1005.

The new One Piece opening theme is titled “PAINT” and it is performed by the Japanese rock band I Don’t Like Mondays. The four-member band is signed under Rhythm Zone, an imprint under Avex Group.

The song is extremely well created, fitting to the nostalgic energy that the anime is always emitting. In addition to the great music, fans are even more amazed at the music video. The amount of hard work that Toei Animation has put into it is commendable. Many fans even claim to have felt emotional as the video portrays their favorite characters through the cut scenes.

You can watch One Piece on Crunchyroll.

Also Read: DBS SPOILERS: It Looks Like Everyone Is In Big Trouble