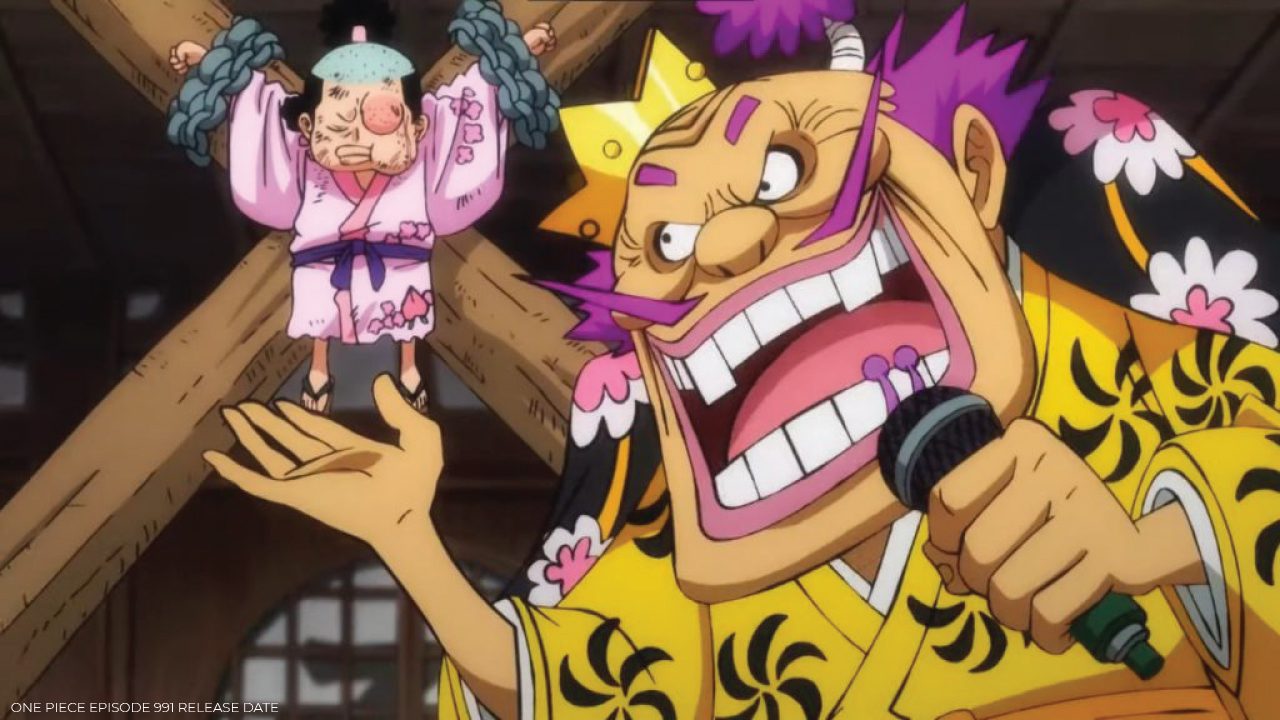 One Piece Episode 991 will continue with the epic battle on Onigashima’s live floor as Yamato finally made her entrance into the anime. We have seen Yamato in the anime opening for a while, and those who follow Manga have already seen what she is capable of as well. But last week, we managed to see Yamato’s full appearance in the anime and also got to hear what her voice sounds like. Just like how things went in the Manga, Yamato introduced herself as Kaidou’s son despite being a girl. The highlight of One Piece episode 991 has been Yamato’s appearance as the episode focused mostly on the fight between Luffy and Ulti.

After struggling with Ulti and Page One ganging up on him, Yamato came to Luffy’s rescue, making yet another dramatic entrance. Just in the same manner, the manga chapters are getting more action; the anime has also started with some action as well.

Despite there being some gap between the anime and the manga, the animation and effects will bring the atmosphere from the manga to life, so it will be interesting to see how the corresponding manga chapters will play out.

After meeting Luffy, Yamato has expressed her joy and told him that she has been waiting a long time to meet him. Taking him away from the spotlight on the live floor, then we should expect to see Kidd and his group continuing with their rampage. Law and his group seem to have landed from the back entrance as well, so this means that the Raid will be in full swing from the next episode.

This means that the Manga adaptation will likely slow down due to the detailed chapters that the anime will have to produce. Nonetheless, more action means more interesting episodes, and their perception also feels a bit longer despite them having the usual run time.

Previously on One Piece Episode 990

As Luffy and Kidd continue with their rampage on the Live Floor. They coincidentally meet Ulti and Page One. After Luffy declared himself as the future pirate king, an enraged Ulti quickly acknowledged him as a strong opponent, with Page One the following suit as well.

Luffy managed to keep up with the attacks of the two Tobiroppo, showing little to no struggle from the beginning. But Ulti managed to catch him off guard with her grip prompting Luffy to think of activating his gear fourth.

Luffy has displayed mastery over his three forms of Haki, especially on his Observation Haki as he worked to improve his advanced application of Busoshoku Haki by fighting the gifters. Luffy managed to see Yamato’s attack before she even arrived, thanks to his Observation Haki. As Yamato entered, she used Kaidou’s signature attack, Thunder Bagua, and identified herself as Kaidou’s son before escaping with Luffy.

Even though we got to see more from Luffy’s fights, we also saw how Kidd and his crew were doing against the Gifters as they mowed them down easily. Meanwhile, Big Mom continues to chase Chopper and Ussop outside the skull dome as they do all they can to escape her.

This bought enough time for their group, who will enter Onigashima via one of the sides, so all in all, their infiltration has been a success. Law’s side, which has been infiltrating from the back entrance, seems to have landed as well. So this means we have seen how all the sides infiltrating the island have been doing. They managed to make it with very few difficulties, so things will be heating up as more episodes come.

One Piece Episode 991 will be released on 12 September 2021. The episode is expected to be released according to the anime’s usual release schedule, so we should expect it to be broadcasted this weekend on Sunday. If there might be any changes to the anime schedule, we will also bring you the updates accordingly. One Piece episode 991 preview is as follows:

Where To Watch One Piece Episode 991

One Piece Episode 991 will broadcast this weekend on Cunchyrolll, Funimatnio, and AnimeLab. The schedule will be as usual, so there will be no unexpected changes, and if you prefer to watch the episode for free, it will be available on Crunchyroll a week after its official release.