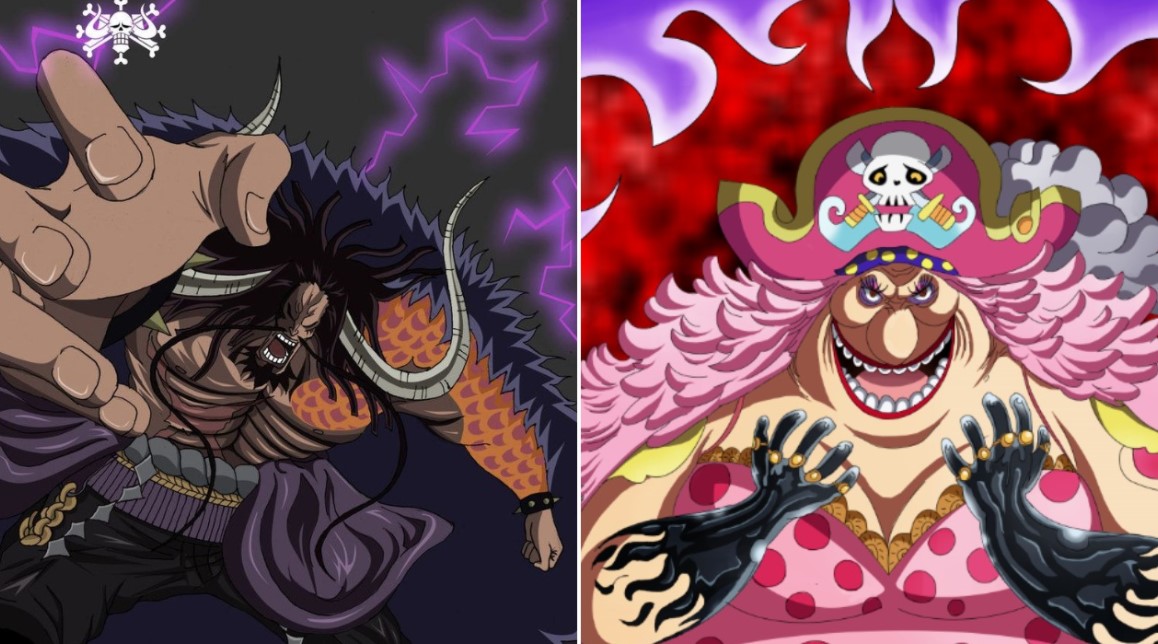 This week will be looking at 1001 spoiler and One Piece Chapter 1002 new details here. Next week One Piece will be taking a weekly break, which leaves us with no spoilers of 1002. But we have managed to get the recent development on the Onigashima Monster Battle. The chapter started with Jinpbe relaxing on a jellyfish while Kaiso and Luffy continue with their battle. Surprisingly Kaido is hurt by Luffy’s attacks, and he is wondering how it happened.

Zoro realizes that it is the Haki that Luffy has learned and mastered from the old Wano Kuni guy. Captain Kid is surprised by the power of Haki that Luffy has unleashed. The Haki damaged Kaido, and Kid comments that what kind of Haki is that. He is surprised how punching attack has managed to hurt the Emperor of the sea. Kaido realizes that he has already defeated fluffy in the past.

One Piece Chapter 1002 will be released after a weekly break on 29 January 2021. This Manga is available on VIZ nad Manga Plus. As soon as the spoilers of the upcoming chapter are released, we will update you. You can try to read other Spoilers at OtakuKart to understand how the battle is going on. Let us meet again after a weekly break with new updates and recent development. Let find out how the SuperNova will battle Monster Dragon Kaido. 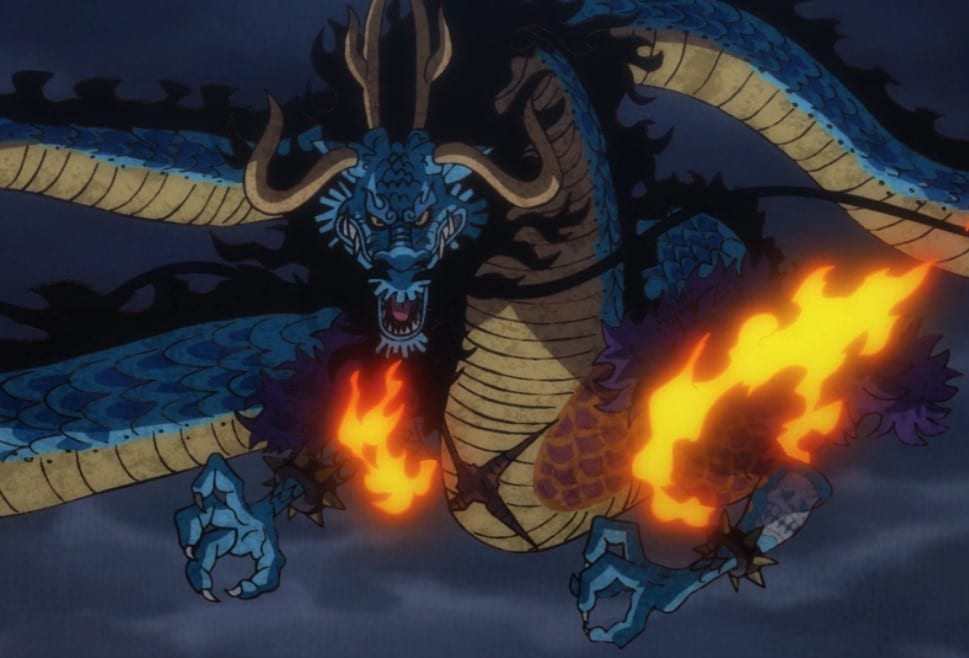 One Piece Chapter 1001 Spoilers and Updates

Kaido recalls the battle that took place at Kuri and started wondering how the brat is beating him. He started to ask himself what is happening and what has changed after that battle, where he defeated Luffy with ease. Kaido is confident that Luffy is not one of those two people who can fight with him. He asks himself what does this brat think of himself and who does he thinks he is. Kaido looks at Luffy with an angry look.

While he is still staring at him, Kaido saw the king of pirate Gol D. Roger, Shanks, Oden, and White Beard within Luffy’s body. Kaido got fired up and unleashed a Raimei Hakke for the second time and attacks Luffy. Luffy manages to see the future and dodge the attack before it hits him. While he is still adjusting himself, Kado landed another blow that almost hit Luffy. He almost got hit because Kaido is using speed and agility in this battle.

Kaido praises Luffy that he keeps up with his speed and Big Mom also joins the battle. She unleashes Heavenly Fire and sends it to Luffy, who was trying to get up. Zoro notices that and slices Prometheus in half, and Luffy got saved. Big Mom fires the second attack that hits nothing. To here, surprise Law uses shamble to teleport Luffy before the attack hits him. Law gets angry, saying that Luffy is trying to be a hero and he wants to save Kinemon alone.

Luffy manages to talk with Law, who started to follow his orders. Captain Kid notices that and teases Law for co-operating with Luffy. But Law said that if a weakling wants to team up with him, it does not bother him. Big Mom got bored with their talks. She unleashes her newly found attack: Heavenly Bonbon and attacks the trio, and Prometheus fires three small fire cannons. Luffy comments that the one who will block the attack is a weakling. 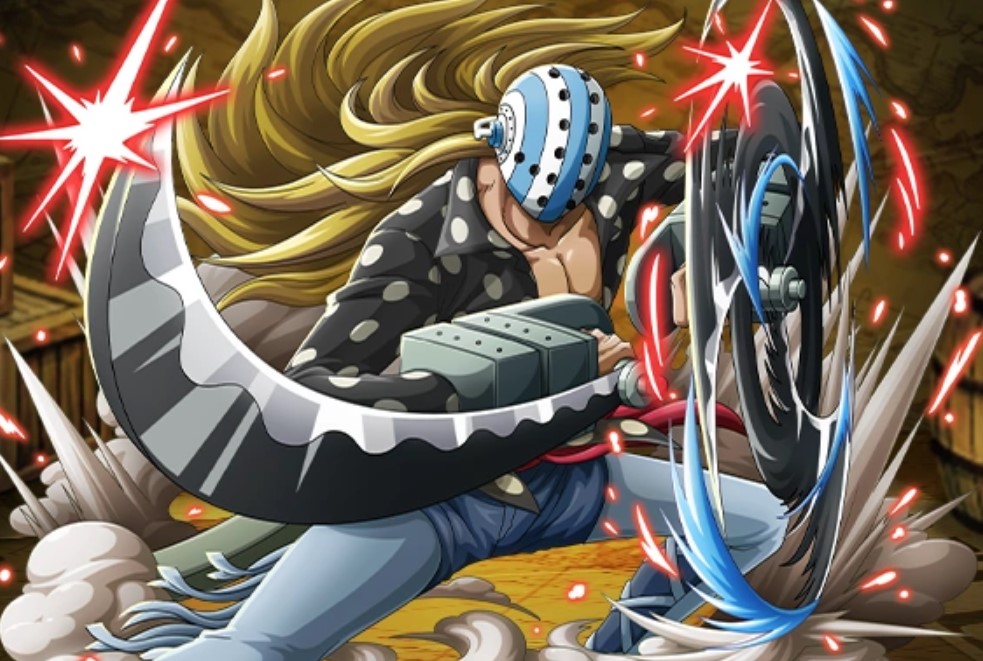 Law and Kid said they are not interested in Luffy’s game, and they allow the fireballs to hit them. They laugh as the fireballs hit them. At the same time, Zoro puts on his bandana and tells Killer not to get in his way. He also teases him by calling him Kmazou. Zoro only recalls Killer by his laugh, and Killer unleashed his punisher blade. Killer warns Zoro that if the punisher blade was in his hand in the past, Zoro would not be alive. Zoro said nothing like that would have happened.

The duo works together and attacks Kaido with combined attacks. Zoro unleashes Rengouku Oni Giri and Killer attacks with Zashu Claw: Beheading Claw. Kaido got hurt a little bit and smiles back at them with compliments. Zoro realizes that he needs to use more power from Enma. Luffy, Captain Kid, and Law get up and clash with Kaido, who orders Big Mom not to interfere. Kado said that he wants to see how far the trio can go with their powers.

Luffy unleashes a powerful Gomu, Gomu no Kong Gun. He was followed by Takt from Law that drops rains of rocks on Kaido. Captain Kid attacks with Punk Rotten: Punk Vise, which is a robot with a skull face that slams Kaidou with both hands. Big Mom watches the Emperor of the sea being overpowered and laughs. She unleashes a flaming sword using Napoleon’s power.

After being beaten, Kaido appears from the rocks turning into his monster form. The tides of the battle have changed. Kaido, in his dragon form, along with Big Mom with her flaming sword, faces the 5 of the Worst Generation. The battle will be a 2v5 battle with the Straw Hats dominance. Kaido has witnessed the powers of the three captains and decided to fight in his monster form.

Kaido comments that they will be wasting time to kill the Worst Generation. But since the battle is on, it has to happen. He said that he would kill all of them and take their treasures, crew, and Poneglyphs. He also reveals that the Pirate King little will be owned by the one who will be victorious. That will be the first step to the title. The battle between the Monster and Supernova continues.

One Piece’s latest chapters are officially available on VIZ Media and Shueisha’s Manga plus official platforms. Raw scans for new chapters are released 2-3 days before their respective chapters are published. We advise you to read the digital copies from their official websites and apps to support the Manga creators and publishers. Read about One Piece Chapter 1001 Spoilers.