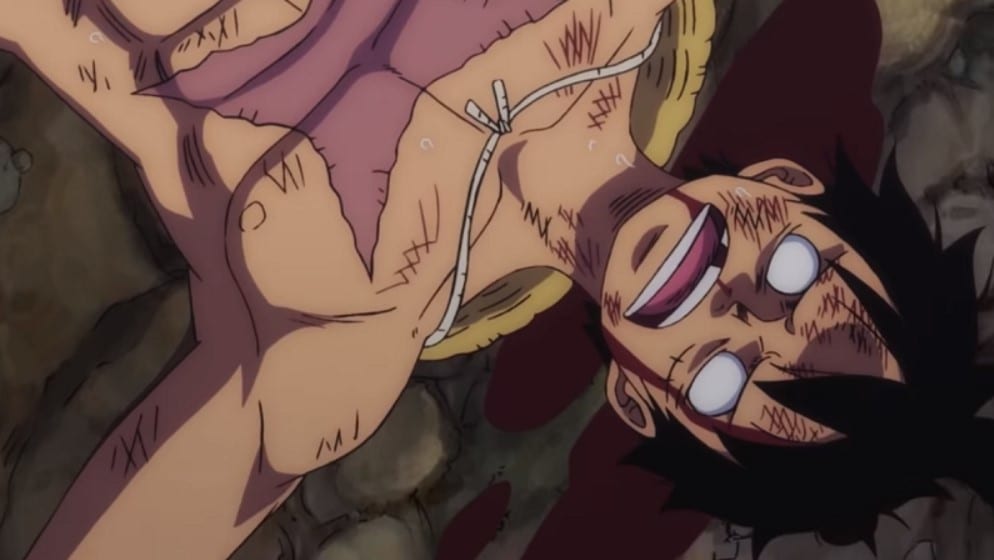 We have managed to get hold of the earliest updates for the upcoming chapter, and we will take a look at them shortly. Usually, One Piece 1015 Spoilers worstgen comes early via Reddit, and there are other sites like One Piece 1015 spoilers pantip that also offers you updates on the spoilers.

Nonetheless, the developments this time seem to be interesting. And yet again, we still see Oda’s pattern of storytelling continue. Maybe this is due to Luffy’s character, as he gets to learn only through the hard way. But lately, it might be intentional since he also knows how tough an opponent he can be. So it is not a new thing to see him getting beaten up over and over again, then he unleashes some interesting powers.

In the recent chapters, we saw Kaidou declare after defeating Luffy, who was falling towards the ocean. And just like his usual self, he told everyone to surrender to him and become his subordinates; otherwise, he would kill them as well. We all know what’s going to happen, given the gravity of the ongoing battles.

One Piece Chapter 1015 will release this weekend after the end of the current manga break. The manga schedule has been slowly taking two breaks within four weeks. VIZ Media and Manga plus will be publishing the English chapter as usual.

The chapter is titled “Chains.”

It begins with Luffy’s allies reacting to Kaidou’s announcement that he has defeated Luffy.

The samurai starts to wonder if it would be useless to continue fighting and asked if Momonosuke is safe.

Queen reveals that he was just toying with Chopper.

Momonosuke tells everyone through Frog Mary that Luffy is still alive and that it was Luffy’s voice he heard in the previous chapter.

Luffy is rescued by a mysterious person, his identity not revealed yet.

Something similar to Zeus appears taking to Nami.

Kid and Law vs. Big Mom.

Yamato calls upon Kaidou, who tells her to refer to him as “father.”

Yamato tells Kaidou that she came to break the chain that binds her to Kaidou.

Taking a look at the latest developments, it looks like the chapter will drift towards Kaidou and Yamato towards the end. This would mean that this scene will be explored in detail in the chapters that follow. It also looks like Luffy vs. Kaidou will be put to a halt for a while. In the meantime, Oda would tell us about Yamato and Kaidou’s relationship in detail.

We also got updates on other parts like Sanji, Queen, Shinobu, and Momonosuke as well. But there’s no telling what might happen next because there are many fights taking place at once. We should also keep in mind that Robin’s part hasn’t made any appearance in over two months now. So we can not predict how Odan intense to tell this story.

We all can’t wait for the big fight, but it looks like we will have to wait longer than expected. So in the meantime, the mysterious person who saved Luffy will still have to come into play. And depending on who that is, then it could mean a lot for the chapters to follow.

With the breaks over now, at least two should expect things to run smoothly for the month of June. So it is likely that we will get chapters every Sunday for this month.

Gwen Lara Net Worth: How Rich Was She Before Passing Away?

Thomas Edison Net Worth: How Rich Was The Famous Inventor?