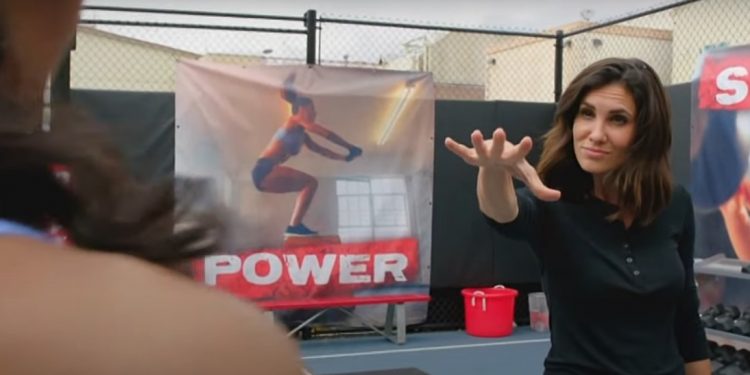 NCIS: Los Ángeles Season 13 Episode 9 and Episode 10 are soon going to be dropped. That’s right, to kick off things this year, the CBS network plans to release a double episode feature with back-to-back episodes. And that means that we will be able to see episodes 9 and 10, one right after the other! And that means more crime-solving and case-cracking in the troubled streets of La La Land for us!

Every new episode of NCIS: Los Ángeles follows a different story and a different set of crimes. The only thing in common is the characters behind the crime-fighting squad behind it. Much like its predecessor NCIS, and other series that inspired it like CSI, this long-running crime procedural drama show returns to the screens this year with more exciting and thrilling cases. Now let’s begin covering the most recent chapter here at Otakukart. Let’s begin!

Several people were attempting to cross the border when a smoke grenade was thrown their way, and they were fired upon in NCIS: Los Angeles Season 13 Episode 8. Rosa was one of the women who was saved from the melee by Kensi. Aliyah de León, NCIS Supervisory Special Agent, returned to speak with Hanna. She was only there for a short time because the team was short-staffed. Deeks became concerned when Kensi failed to check in. Admiral Kilbride had learned she was on an undercover mission at the border as a coyote and wanted Deeks to remain calm and not get involved. Of course, he couldn’t help himself and joined the search for her!

Kensi’s mission was to track down their target, Raul Fuentes, and they discovered he had been killed, so they enlisted the help of his cousin, Benny Gomez, in their human smuggling ring. Agent Fatima and Aliyah visited Benny at his home. He fought back and attempted to shoot Aliyah. They fought for a while before disarming and apprehending him. They heard a noise and investigated, discovering several smuggled immigrants in his garage. When they asked if anyone had seen Kensi, one woman said she had.

She told them that border patrol agents are their greatest fear because some of them don’t deport but rather hunt and kill immigrants! When they pressed Benny, he admitted to recruiting coyotes from his base. However, he had no idea where Kensi was. After being grazed on the arm, Kensi led Rosa to safety in a cave. Kensi’s survival skills kicked in as she attempted to recon the area. Kensi was scouting the area when she was nearly discovered by a hunter stopping to pee. Rosa discovered a dead body in the cave and screamed loudly, revealing her location. When the hunter heard the scream, he put his cigarette down. Rosa had been located. Kensi discovered the cigarette.

Instead of killing Rosa on the spot, they inquired about her smuggler. Kensi reappeared, and Ghost, the female hunter, drew her weapon. Because she was a federal agent, Kensi advised the shooter that killing her was a bad idea. Another assailant crept up behind her and knocked her unconscious. The militants debated how they should deal with Kensi.

Ghost informed them that she had committed treason and was facing the death penalty. After speaking with the border patrol, Deeks and Hanna learned that the area is a hotspot for deadly cartel activity. They dispatched a chopper to survey the area from above. The NCIS team looked into it further and discovered that a militia was hunting people near the border. Deeks and Hanna discovered a smoke fire that Kensi had started with the cigarette she had found. The agents were close by and combed the area for her.

The team discovered who the militia was: a ragtag group of Confederate outcasts who had previously been tracked but had since vanished. Their manifesto claimed that all immigrants smuggled drugs and polluted the country, so they sought to assassinate all illegals. Kensi, being the tough-as-nails survivalist that she is, got them up and running. She smashed a window in order to get a shard that she could use to cut their ropes and flee. The militia debated what to do with the women and went in to kill them, but they managed to flee.

When they tracked them down, they debated whether to kill the women or let animals attack their bound bodies, which had been left for dead. Ghost had had enough of debating and fired a shot at one of her men. Deeks and Hanna appeared out of nowhere, and a firefight ensued. The agents outgunned the militia and forced the remaining goons to surrender.

Where to Watch NCIS: Los Ángeles?

‘NCIS: Los Angeles’ season 13 episode 9 can be seen on CBS during regular broadcast hours. The episode will be available online after the television broadcast on CBS’ main site and the streaming platform Paramount+. New episodes are also available on live TV services such as Fubo TV, DirecTV, Xfinity Stream, Sling TV, and YouTube TV. Pluto TV, iTunes, Google Play, Amazon Prime Video, the Microsoft Store, Spectrum on Demand (seasons 11 and 13), and Vudu all offer on-demand rentals of the show.

NCIS: Los Ángeles Season 13 Episode 9 will release on January 23, 2022, on CBS at 21:00 hrs, Eastern Time, United States. Firstly, on January 23, CBS will be airing a double feature. Consequently, episodes 9 and 10 of NCIS: Los Ángeles will air back-to-back. Secondly, every new episode airs on Sundays. Thirdly, every episode lasts around 45 minutes run time. And considering we have two, get your popcorn ready! With this, we conclude our coverage of the NCIS: Los Ángeles latest updates. Thank you for reading our scoop. Please keep coming back to our website here at Otakukart to stay on the loop for the latest on shows, movies, and series!