The Love Island Stars Made An Adorable Baby Announcement On Social Media. 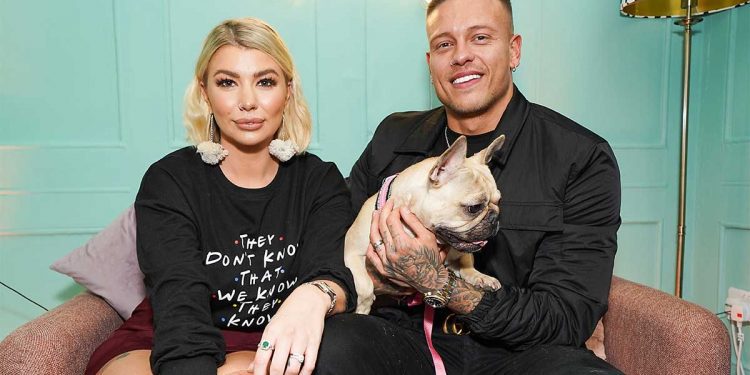 Congratulations are for Olivia Buckland and Alex Bowen as they are expecting their first child together! The pair’s New Year was made extra special as they are all set to welcome their little bundle of joy. The would-be father thanked fans for all their love and congratulatory posts. He also said how this year is off to a great start. The couple is elated to start their family and have been taking to social media to make cute uploads.

The big baby announcement was further confirmed by the pair as they posted a few sweet Polaroid photos as it was paired with an adorable set of white booties. The pair met on the second series of Love Island in 2016 and tied the knot two years later in 2018. The two have been going strong ever since. They were one of those few couples who stayed strong even after the show ended. The pair went on to become one of the ITV2 dating show’s biggest success stories.

Olivia Buckland and Alex Bowen Are Elated To Welcome Their Baby!

As they took to social media to inform their fans that baby Bowen is on the way! In one of these pictures, Alex was seen kissing Olivia’s bump while the would-be mother was glowing. Have a look at the adorable social media post made by Olivia Buckland on her Twitter account. Here are the pictures that are given below.

In another super adorable picture, Olivia held up a pair of baby booties in another Polaroid snap. Fans got to see another picture of an ultrasound scan strip and pregnancy test that further confirmed the big news. The baby announcement soon became viral as fans and followers soon showered the would-be parents with congratulatory comments.

During an exclusive Q&A session on January last year, Olivia and Alex did talk about family planning. The pair explained that they were thinking about it, but then things just kind of changed due to the pandemic, and the timing is just not right. The Love Island stars earlier gave fans a sneak peek into their sprawling house where they live together.