Nurses Season 2 Episode 9 will mark an emotional effort for Grace. A task like never before as it will be about celebrating a patient’s last day. A sad day that needs to go the happy way. Furthermore, there will be challenges to see. Apart from that, we had many relationship developments in recent episodes that have come to a stumble. Now they need to make up one way and we are hoping they to come to conclusion in the next two episodes. Why? because Nurses Season 2 soon wraps in the next two Sundays.

We had Wolf on the completely wrong side for Ivy. Then there was Keon and Nazneen that stumbled with Nazneen finding out the truth she didn’t expect. Most unexpected was probably for Ashley. The entire episode saw her trying to save her patient by going against Eric. She succeeded but at the same time stumbled when it comes to her relationship with Candy. She revealed that her girlfriend tried to kiss her. Although Candy walked away and broke things with her girlfriend Mo, she had something in store for Ashley which may come out in coming Nurses Season 2 Episode 9

Previously on Nurses Season 2, we opened up with Ashley reveals to Keon about Candy’s girlfriend Mo trying to kiss her. Similarly, Nazneen reveals to Grace about Keon and her kissing as well. Plus the reason Keon is acting weird. An emergency in the form of a half-burnt man from an accident walks in. Ashely and Eric find themselves constantly at loggerheads. Especially with Wolf criticizing her in front of patients. Meanwhile, Noah keeps boiling over his condition and at one point bursts over Wolf as well. Grave comforts the burnt patient and talks about his brother coming to see him and he wants to see him too. 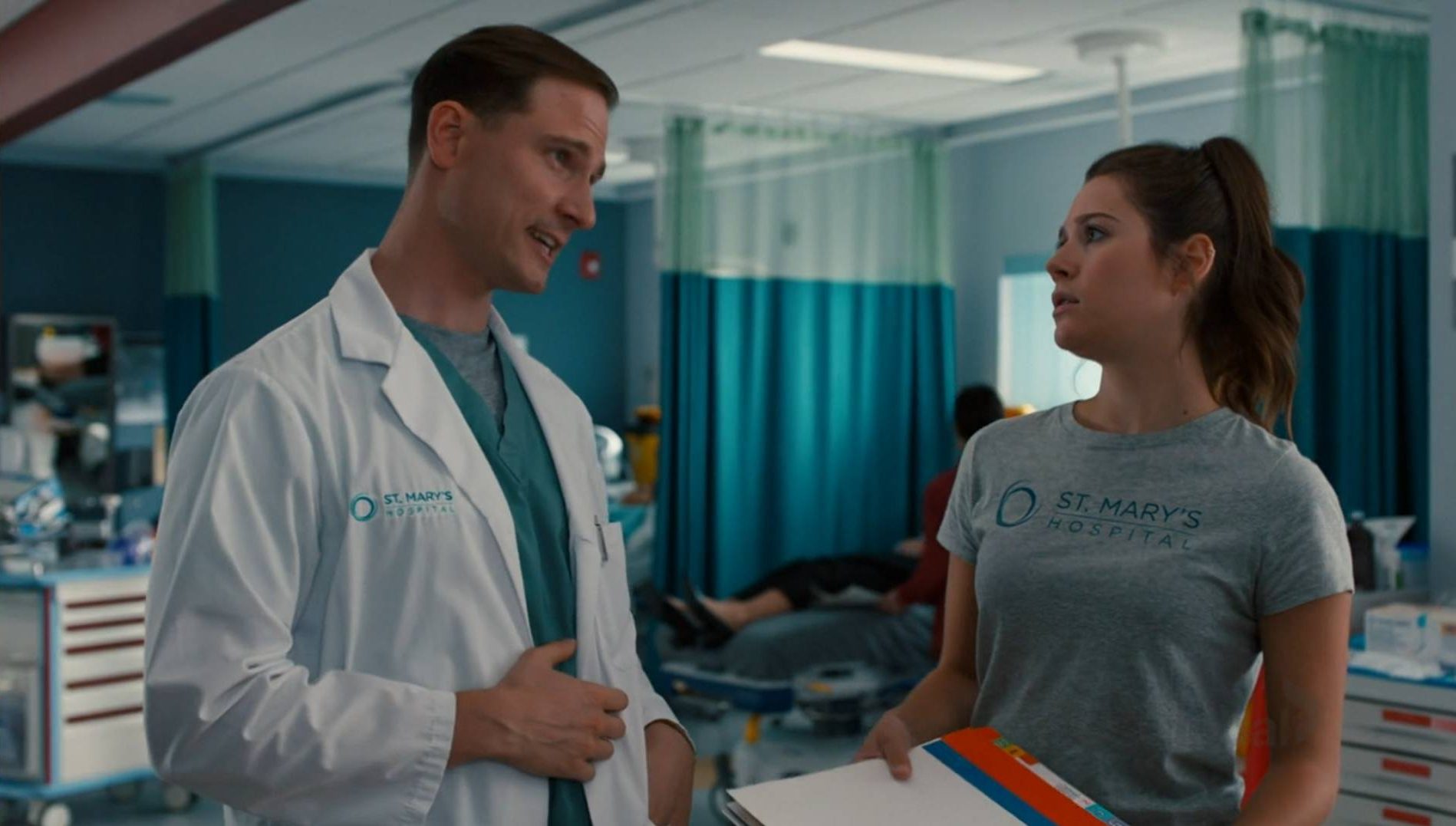 Wolf one hand is wanting to be with Dr. Turcotte but it seems like she doesn’t want him around. One of the patients of Ashley’s is constantly on the verge of breaking down about her condition. Ashley questions the patient’s condition to Eric and he is annoyed by that. Keon feels the boy he is treating might be acting out. Ashley gets a second opinion on the “kiss” topic from Wanda. Keon and Nazneen connect over their patients again. Meanwhile, Eric and Ashely have an argument on the way patients should be looked at. The argument soon lands Ashley in Vanessa’s office.

Keon talks to the kid he is treating and realizes he misses his mother. Furthermore, the kid confesses he wanted his father to be with his teacher. Despite almost landing in trouble, Ashley confronts Eric and goes ahead to take help from Dr. Goldwyin. He identifies the major problem and Ashley manages to save her patient. But in turn, she reveals to Candy about her girlfriend kissing her leaving them on different paths. Keon’s patient kid’s father manages to convince his son as Keon injects the kid. 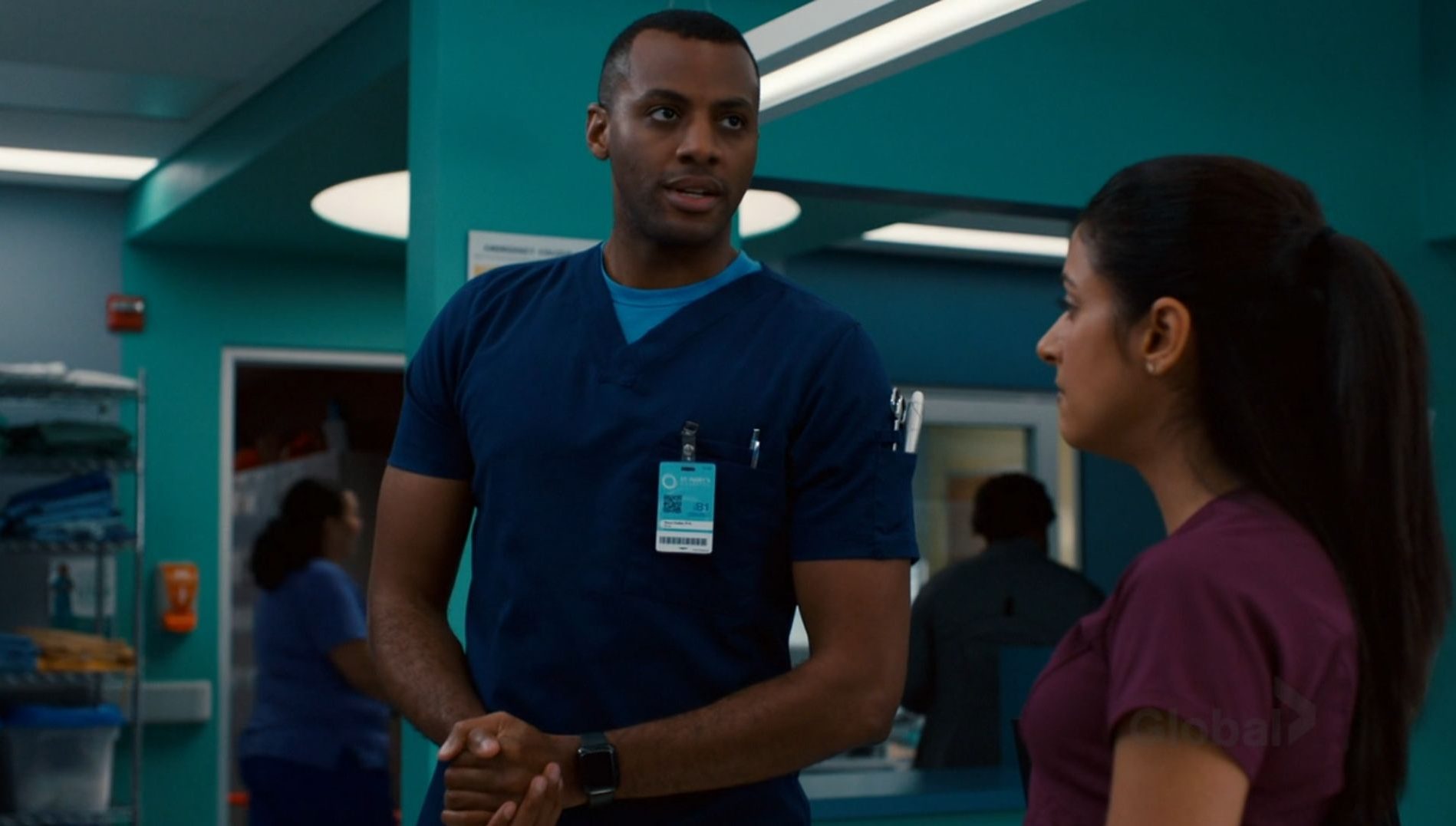 The episode comes to a close with Wolf’s failure to connect with Ivy. He spent the whole episode trying to talk to her but Ivy wanted everything simple. Lastly, the burnt patient’s brother made it to talk to him as Nazneen and Grace carried out the surgery. Everyone comes together and calls it a day. Candy ends up breaking up with Mo and confesses to Ashley while Nazneen, for now, realizes Keon is dating someone else.

Nurses Season 2 Episode 9 is titled, “The Wish Factory”. The official synopsis of the episode says we will see Grace on a job to make the best of a terminal patient’s last day a special one. The challenges coming midway are the patient’s selfish family. So she needs to make sure everything goes right for the patient as well as her as she will be a part of it.