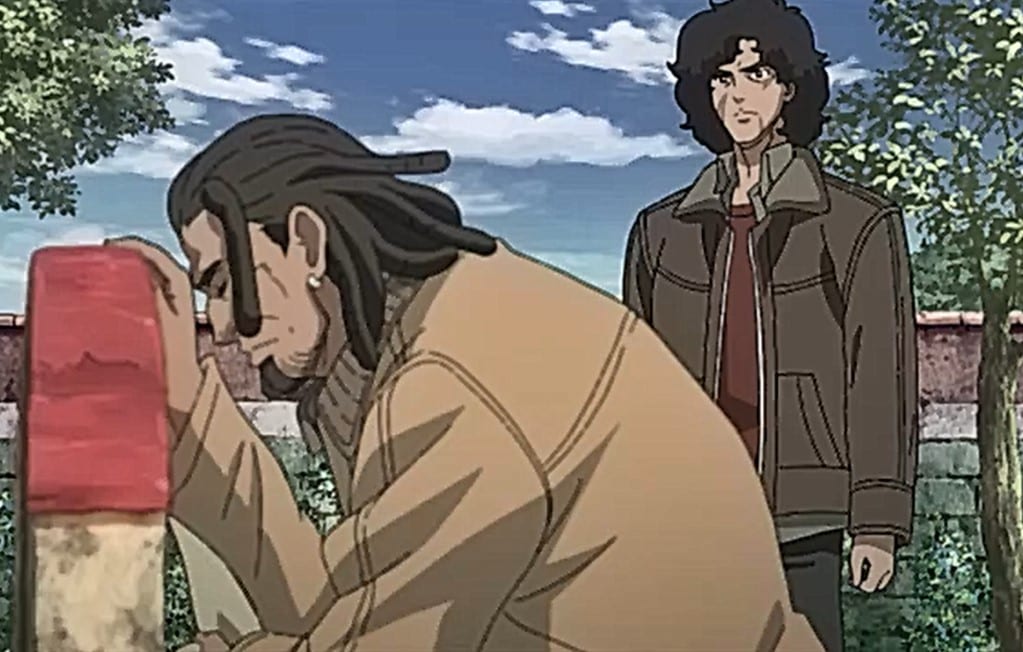 Nomad’s coaching worked for Chief, who won the first fight of the tournament. He cuts his beard and continues to coach Chief. In the evening, he helps Chief recover from his injuries and told him not to die since the town’s fate is in his hands. Chief comments he won’t die since God seems to have his back. He wipes the picture of his wife and son, commenting that they must’ve asked God to keep him away for a bit longer. The two had a wonderful night talking about their past.

Meanwhile, Mio told his mother that he is the one who burned the building. He decided to leave the garage, but his mother tried to stop him. Mio told her that he doesn’t want to get them in trouble, and that’s why he has decided to leave. His mother asks him if he is the one who reveals the truth about Nomad that he is Gearless Joe. Mio comments that only cowards hid their names and identity. Mio’s mom was about to scold him, but he gives her a fitting reply.

Mio said that it is better for him to die than to live like this. When he heads out, he met with Chief and Nomad. Chief told him to stop talking about dying so lightly like that. Mio comments that Chief has no clue, and he heads out without listening to them. When he is about to step out, he reminds Chief that he is the one who caused the death of his son. His mother tried to stop him, and Nomad realizes that he was once blamed for killing someone.

Mio runs away from home in the middle of the night, and they let him relax alone. Later, Nomad follows Mio using his bike, and he finds him walking by the road. He switches the light of the bike, and Mio looks behind. Mio told Nomad not to stop him, and Nomad said he wouldn’t. But if he leaves, he will regret it for the rest of his life. Mio replies that everything is happening is because of Nomad’s arrival, concealing his name, and when the truth gets out, they find themselves in this mess.

Nomad reminds Mio that he is the one who started this since he stole his bike, and he must retrieve it. He asks Mio if he can stay for a little longer and watches until this drama unfolds. Mio replies that everything ended a long time ago, and he heads somewhere. In the morning, Chief visited the graveyard and paid respect to his son and wife’s grave. He reveals that he is trying to build a new home since he has left them in the past. Nomad also talks with Carlo, saying that he has met his father and is still alive. 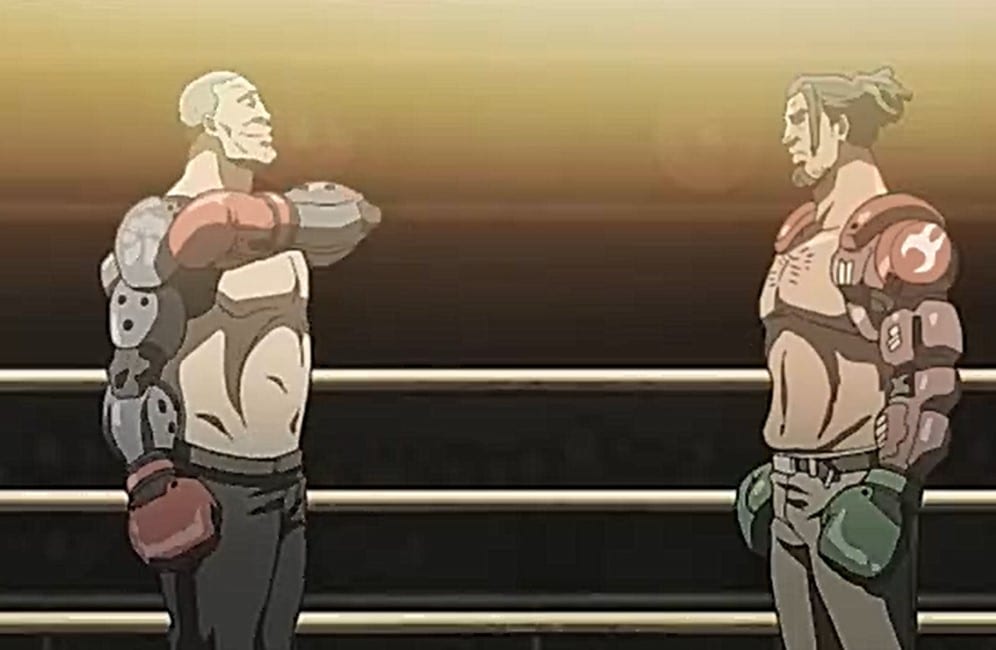 Carlo is Chief’s son, who died in the past, and they are talking to his grave. Nomad put some flowers around the grave. Chief told Nomad that he should have waited for him in the car. Nomad replies that he can’t let Chief do this alone, and he will support him no matter what. Chief told Nomad that if he feels that he is not welcomed, he can go back home.

He also told him that he would handle everything since he doesn’t want to burden him. Mio’s mother told them that they can now head back. Chief hugs the grave, and Nomad realizes that it is Chief’s signature move, and he does this all the time when he is about to fight. Chief comments that he hopes that he will come back safe. Later, Chief enters the second fight of the tournament, and the fans wonder who is going to hell tonight.

The battle is about to begin; from Man-Man’s World, Crazy Mamiya has come to save the world. Crazy Mamiya signals Chief that he is dead, and the fans told him to kick Chief’s butt. Mamiya overwhelms and dominates Chief, but Chief landed a clean hit in round five and KO’d Crazy Mamiya with a left powerful hook. Chief was announced as the winner, and Mio was watching and cheers for Chief. Later Mio decided to head back home.