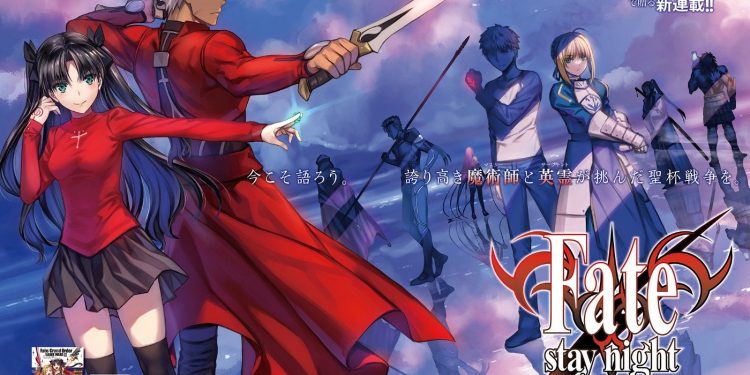 The Fate series has left behind multiple confusing timelines for its users. Every sequel and prequel of the series has an impactful story, leading its fans to continuously return to it irrespective of however confusing the timeline gets. After a long time, we finally have yet another update on the Fate series as a new Fate/Stay Night manga gets released. For anyone who has exhausted all of the anime, this might just be the chance to jump into something new yet nostalgic.

The original concept of the Fate/Stay Night anime released in 2014 is based on the visual novel by the same name. It revolves majorly around a battle royale to find the infamous Holy Grail. Ufotable picked up the concept and brought the anime to life. The anime was later licensed by Aniplex of America, MVM Entertainment, and Hanabee for an international release. A lot of people took a liking to not only the concept and plotline of Fate/Stay Night but also breathtaking visuals and animation.

The newest Fate/Stay Night manga is going to be just as exciting. Here is all that we know about manga and what to expect from it.

The Fate series was adapted from a game that gave the anime plenty of space to bring in the element of surprise. Earlier in 2021, a new Fate manga was announced, and now, it is finally launched in Japan. The newest addition of Fate/Stay Night, titled Fate/Stay Night: Unlimited Blade Works, is the manga adaptation of the 2014 Fate/stay night: Unlimited Blade Works anime series. It was written and illustrated by Daisuke Moriyama, who also wrote and illustrated Chrono Crusade.

The manga adaptation will be serialized in Kadokawa’s Dengeki Comic Daioh 2/2022 issue, launched on 25 December 2021. Whether the manga opens new routes for the story or stays loyal to the anime’s storyline is a mystery we can find by reading the manga.

It is to be kept in mind that the manga has only been launched in Japan so far, and it might be a while before we receive the international translations.

Also Read: What Anime Is Saber From? All About The Powerful Character