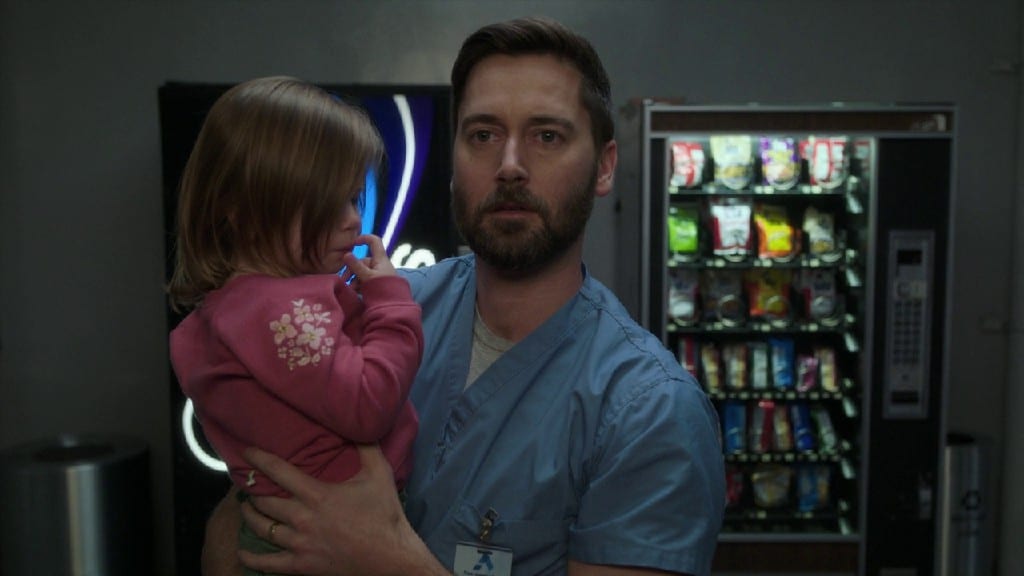 It seems like the systematic racism in the facility will continue its presence in the upcoming New Amsterdam Season 3 Episode 8. As witnessed previously in the season, Max tries his level best to get rid of inequality when it comes to the people of color. He approached the Chief Equity Officer, cut down the payments of high profile doctors even asked Helen to join. In the end, he comes to the fact it won’t go away in one day. On the other hand, recently, the facility had its National HIV Testing Day. He went head to head with Bloom and Reynolds when they didn’t grant his wishes to freely accommodate all the HIV patients.

Previously on New Amsterdam Season 3, the facility honored the National HIV Testing Day by welcoming Dr. George Helms. The one who was part of the 1985 pandemic and talked about offering free care to HIV patients. Max deals with his daughter getting kicked out of daycare while Iggy organizes a welcome party for Dr. Kapoor. Helen, on the other hand, is awaiting for Mina to arrive in two days and quite nervous. But she is completely shocked to see Mina appear at the facility on the same day. 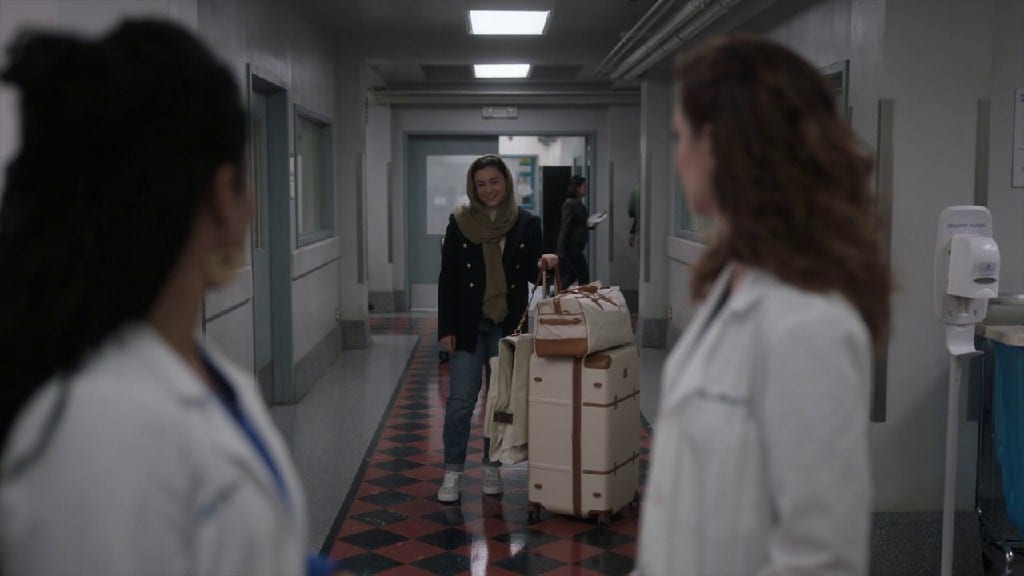 Floyd and Janet take care of the first HIV patient Kwame who is positive and is quite scared with the fact. He denies the reports and decides to run away. Max struggles with Luna until he gets his eyes on a vandalized picture of Dr. Geroge Helms with the name Howie Cournemeyer. Max investigates more about this Howie Cournemeyer taking some help from Val. On the other hand, Helen comforts Mina trying to be more of a friend than being an aunt.

Helen takes in a new patient with HIV as she observes Mina befriending someone with not-so-good vibes. Max outside the facility reaches out to Howie Cournemeyer to know what he has to say. The first HIV patient of the day  Kwame returns passed out this time. With him, Elder Shumway comes from the church to comfort Kwame. When Elder realizes Kwame has been with a man and has HIV. He abandons him. 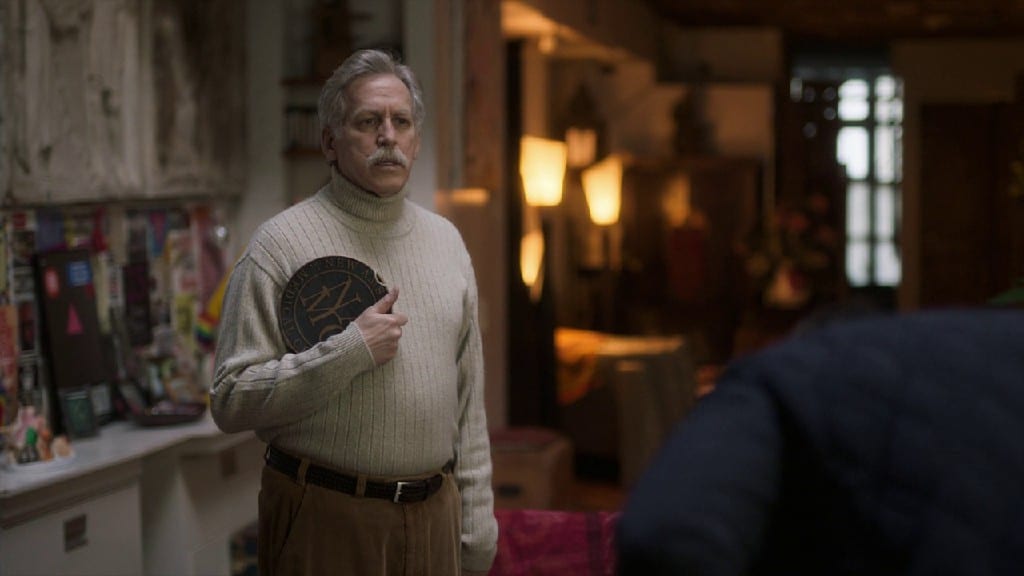 Iggy is still expecting Dr. Kapoor to arrive, but Agnes breaks the news of his resignation, leaving Iggy heartbroken. Iggy deals with the situation by calling Kapoor and confessing how much he is sad about his resignation. Howie tells Max all the lies and problems revolving around the facility that took place in the 1980s when it comes to the AIDS pandemic.

Floyd and Kwame have a heart-to-heart while Helen and Janet treat the very serious HIV patient. Max, after meeting Howie, decides to investigate and looks for Dale Rustin, who coincidentally is the facility with HIV. Dale Rustin confesses everything Helms did wrong with his Gay friends and how he couldn’t donate because the facility banned them from doing so.

Floyd tries both Kwame and Elder to reconcile.  A way that doesn’t fit with Janet when she realizes Kwame cant be who he wants.  Helena confronts Mina about the boy she saw initially while Max confronts Helms. So, George Helms went on to confess to throwing away the blood that could have saved many. Ella calls Iggy and tells him about Dr. Kapoor’s truth. 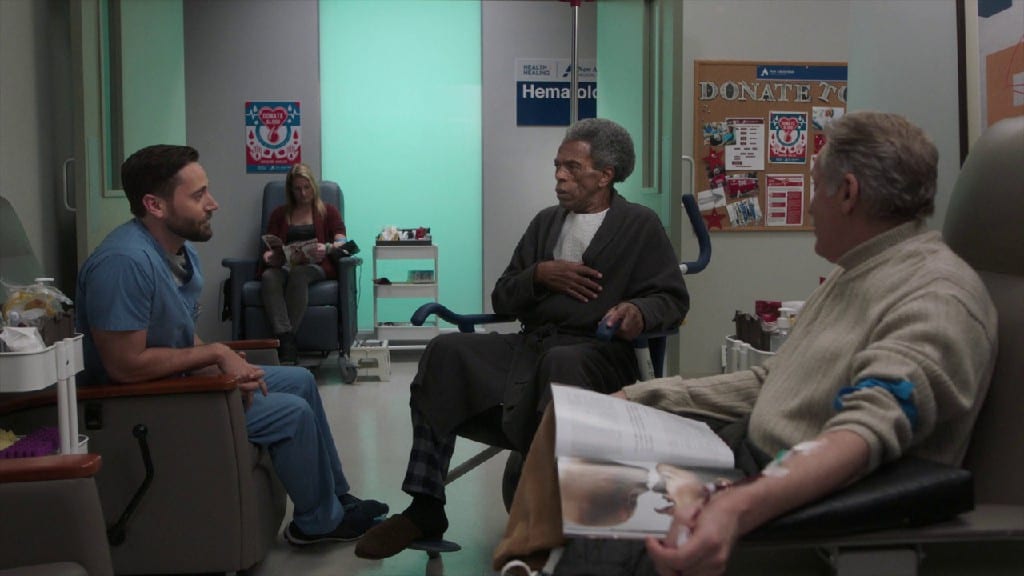 Ella scolds a patient taking HIV not so seriously. Plus, Max introduces Dale to Howie, who will be helping him with HIV by donating blood. Thus removing the gay blood ban policy and making Howie the first one to do so. The ending moments see Janet helping Helen with Mina’s situation. Plus, everyone is celebrating and saying a last goodbye to Dr. Kapoor.

New Amsterdam Season 3 Episode 8 is releasing on 20 April 2021 on NBC at 10 pm ET/PT.  Every Tuesday will see a new episode coming following th eighth episode until the series wraps up its third season. New Amsterdam Season 3 Episode 8 will also be available to stream on  NBC’s official website as well as the OTT platform Peacock and will shortly arrive on Hulu. For buying or renting, you may refer to sites such as  Google Play Movies & TV and VUDU. 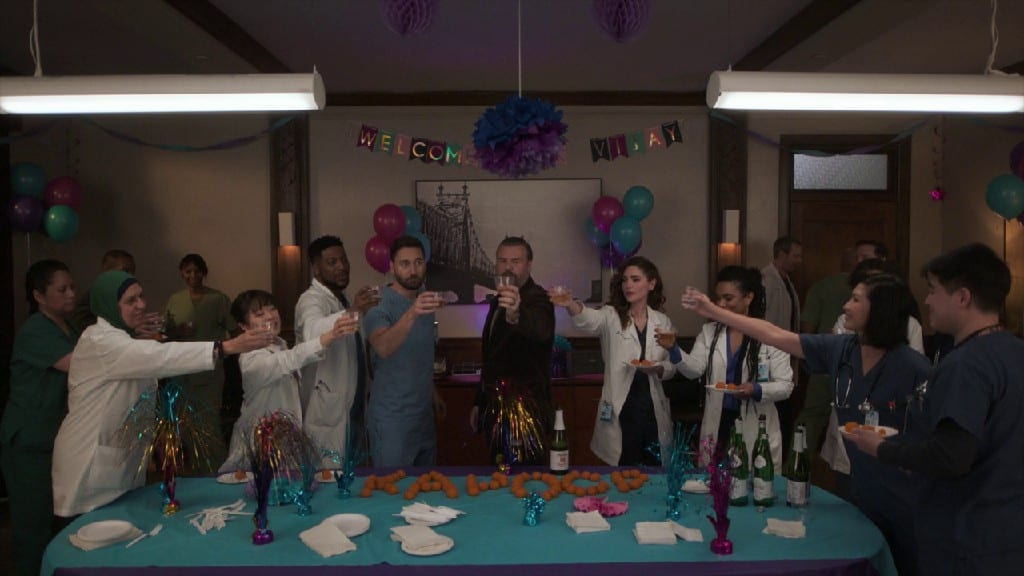 The eighth episode of New Amsterdam Season 3 is titled “Catch.” The official synopsis of the episode sees Max coming in a circle with an old issue in the facility. The systematic racism which he will be going head-on with.  He is forced to observe injustice towards women of color in child labor.

The promo sees the women denying to be pregnant. While the other wanting to go home. Thus, suggesting the distrust, they have in the facility. Meanwhile, the synopsis has teased Sharpe and Dr. Agnes executing a difficult diagnosis and Reynolds getting accustomed to his new job. Check out the official 16-second promo of New Amsterdam Season 3 Episode 8 below.