Are you ready to enter the NCT galaxy with NCT's Universe? 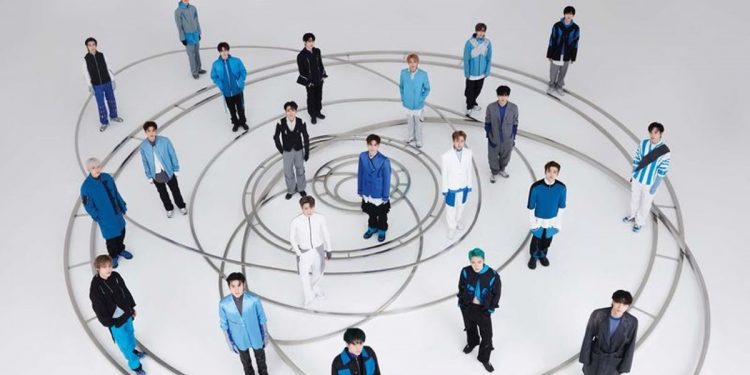 NCT is making a huge comeback as an entire group with their third album – NCT Universe. The SM Entertainment boy band is already famous for having incredible subunits and frequent music releases. However, NCTzens are even more excited to see the 23 member group take over the stage and music platforms. With NCT UNIVERSE releasing this month, NCTzens are also eager to know about the release date, pre-order details, picturesque teasers, and the tracklist. Hence, here we are, with all the details on NCT’s upcoming third album.

Besides dropping the teaser pictures and future schedule for ‘Universe,’ NCT is also hyping fans with the Jewel case version. The Internet is filled with queries on the ‘Jewel Case’ version of the upcoming NCT Universe. Well, if you are a true NCT fan, you already own one. But, if you are a newbie NCTzen, you should know that NCT offers their fans a special ‘Jewel Case’ for all their albums. It includes specially organized pictures of the members, lyrics, and photo cards.

The ‘Jewel Case’ for NCT Universe will be available on December 15, 2021. However, you can still pre-order it now. So, hurry up, NCTzens.

The third full-length album, ‘Universe’ from SM’s Boy band NCT is releasing on December 14, 2021, at 6 PM KST. The album will release on all major platforms, including Apple Music, Spotify, Gaon Music, iTunes, and more. The album, Universe, will have a total of 13 songs, including two title tracks – “Universe (Let’s Play Ball)” and “Beautiful.”

The complete tracklist for NCT Universe is mentioned down below:

The Dreaming track from the album is already out and is covered by one of NCT’s sub-units- NCT DREAM. It is one of the B-side tracks from the upcoming album from NCT. Check out the video down below:

A day ago, on November 1, 2021, NCT Dream shared teaser images for the track. Although NCT has shared several pictorial and vivid pictures for ‘NCT UNIVERSE,’ this is the first time they have released teasers for a specific track. ‘Dreaming’ has brought another wave of excitement among the fans.

As for Universe, the album NCT has shared cinematic and incredible teaser images featuring the NCT clan. Plus, the group shared an exciting teaser video on social media to give a better insight into what the fans can expect from their music.

NCT Album Universe – How To Pre-Order and Pre-Save?

There are multiple ways to pre-order and pre-save the album. While many fans want the new album in their hands, some like the first access online.

You can pre-order the NCT Universe Jewel case from Amazon Music. On the other hand, the Photobook version can be ordered via SM Global Shop, Walmart, and Target. You can also buy the album from your local K-pop store. However, these are the legal sources stated by SM Label.

The fans who want to pres-save the album can use platforms like Spotify and Deezer to do so. This will provide them access to all the tracks as soon as they will release. Get more details on NCT Universe here.

The title track ‘Universe’ will be available four days before the release date of the complete album. Hence, you will be able to enjoy Universe (Let’s Play Ball) on December 10, 2021.

Being a Kpop fan is not an easy task. With all the cool MVs, exciting teasers, and fantastic songs, the fans frequently decipher the theories and stories behind the albums and songs.

Now that NCT Universe is dropping soon, NCTzens have some theories to understand the concept better. It has been a year since NCT made a comeback as a whole group. Therefore, the album is really special to the fans. Anyway, coming back to fan theories, one of the most popular on the internet is SM, and NCT might announce a new subunit.

A fan discovered 28 RIVETS in the teaser images, and now fans believe that 5 new members might join NCT soon. Do you want to see a new subunit from NCT? At present, NCT is divided into NCT U, NCT 127, NCT DREAM, and WayV.

Also Read: BTS Become The First Band In The World To Sell Out 4 Concert Shows At SoFi Stadium, Los Angeles