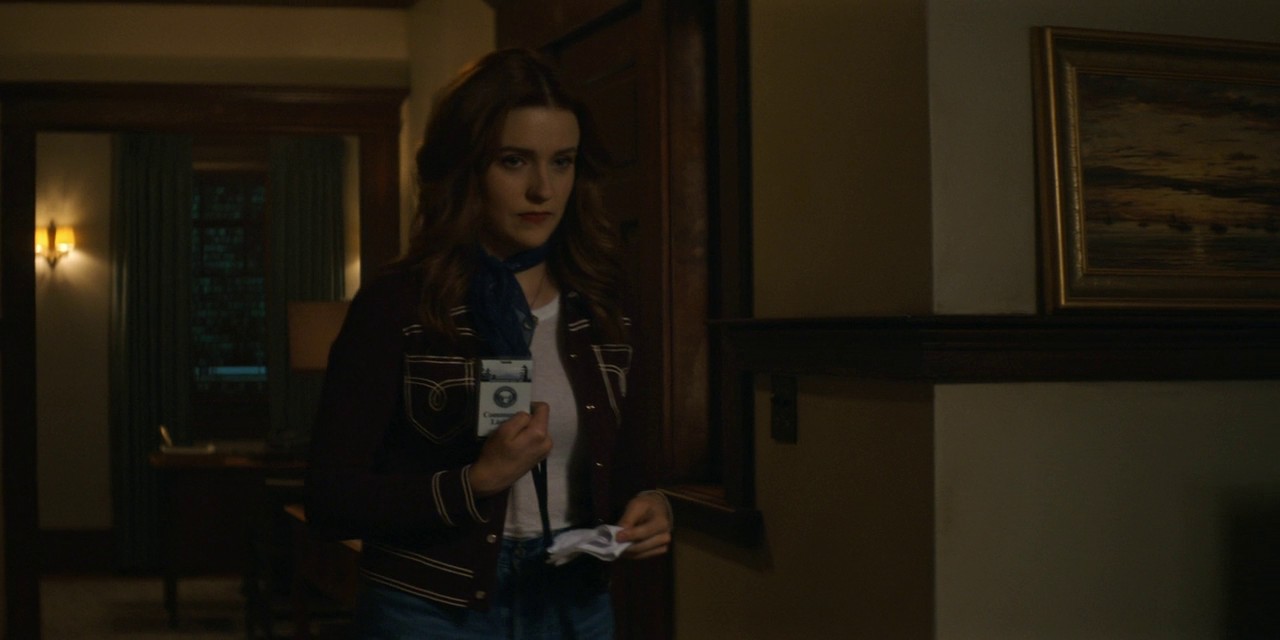 Nancy Drew Season 3 Episode 2 continues the mystery of Frozen Heart murders. For the very first time around, though, Nancy is not a civilian trying to crack a mystery. She has achieved a place in the town and among the cops. So it’s her first day making sure she lives up to that mark. What is that place? Well, here we go. So the third season began with Town Carnival but also brought a killer into the town who was making waves for freezing hearts and ripping them from the body. At the same time, he was giving away time to the people to catch him.

So, as Nancy and her friends worked on the same. They had a lot of personal problems to deal with as well. For starters, George worrying about Ned’s response to her mention of marriage. Ace is probably getting involved with the wrong person. Bigger problems came when Nancy found out about an FBI profiler coming to solve the case. Also, he is not happy with Nancy trying to get involved. Lastly, there was a big bang as someone from the past made her return amidst the time where a psycho killer was becoming popular in town. Who is it? Let’s find out.

On the premiere of Nancy Drew Season 3, we opened up with the event of Town Carnival. Nancy is hosting it as she gives an interview. Things were moving great as her friends helped her. That was until she entered a farm and felt an entity following her. In a matter of moments, she came across a dead body which saw its heart frozen and ripped out. Being found in her own land, Nancy believes it has something to do with her as she starts working on the case herself. 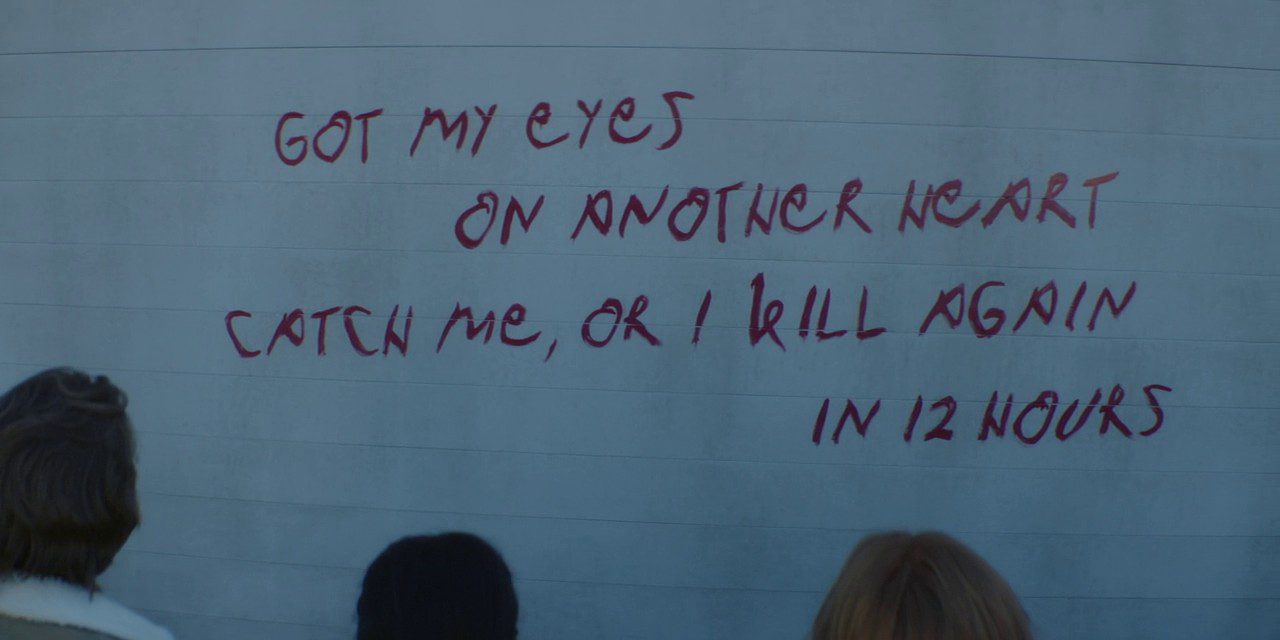 As the group headed out, figure out who this unknown individual in this town was. Well, they came across a warning written on a wall of the town encouraging the people to catch him, or he kills another one in 12 hours to take away his heart. Nancy invited Ryan, as well, since the body is in their land. It was a matter of moment, and the team also came across a weird campsite that saw a lot of prophet words around. Also, some notes and papers suggest he/she has been keeping an eye on the Hudsons.

While Nancy visited the police station for the status of her Community Police Liason, she came across that special person taking over the case. It turns out he is from the FBI. Later during the investigation, the entity from the beginning of the episode makes his presence felt to attack Nancy and Ryan. The only thing was Temperance Hudson made her return at the right time. 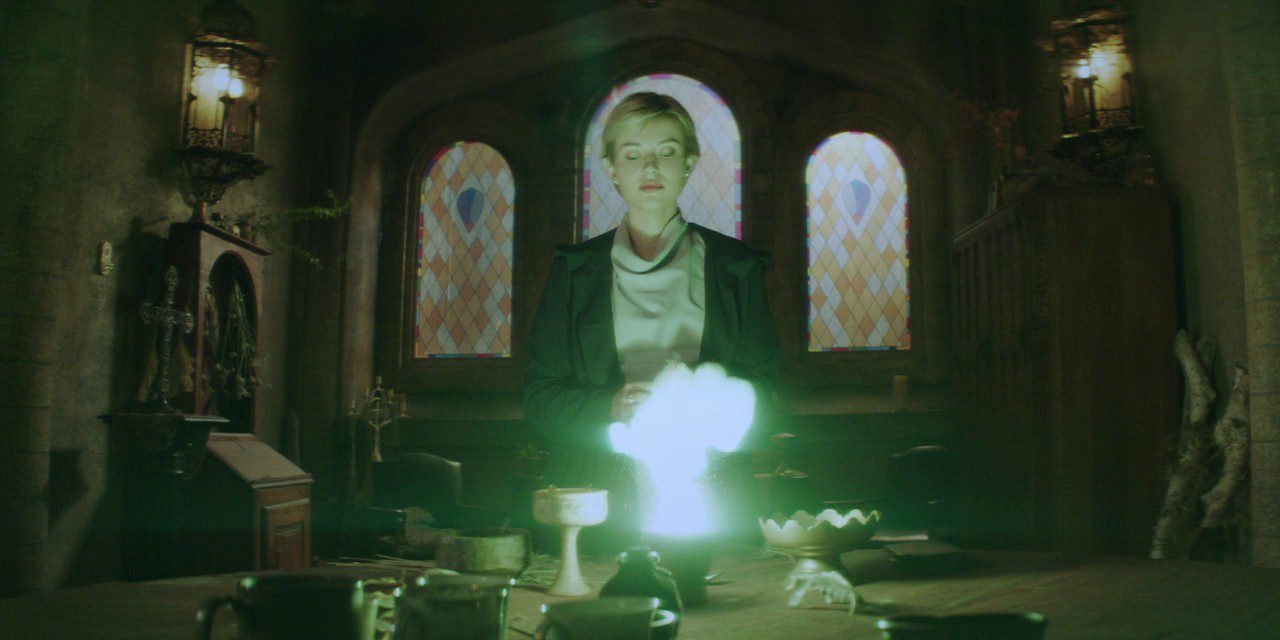 For now, Temperance Hudson remained the suspect. As a fact, she returned around the same time the killer came. Before everyone left, she shared a number of Prophecies about Nancy and her friends. But didn’t reveal which prophecy belongs to whom. Nancy later also comes across the FBI officer who asks her to keep away from the case.

Apart from all of this, we also saw Ned proposed George in the most romantic fashion ever. Thanks to the help from his friends. That was good news. Bad news came in the form of Nancy losing her place at Columbia University. As she walked away with Ace, they came across another dead body of a kid who lost his heart. The town wonders if the FBI couldn’t catch him, will Nancy? She doesn’t answer. The episode closed with one good news, though, as Nancy became the town’s first Community Police Liason.

Nancy Drew Season 3 Episode 2 is releasing on 15 October 2021. It is titled “The Journey of the Dangerous Mind”. The official synopsis of the episode says the gang will pick up the traces of the Frozen Heart murders. This time around, though, Nancy Drew isn’t just any citizen but a Community Police Liason. So it’s her first day, and she may be hoping to make a mark as she has always done.

Apart from that, Temperance Hudson will continue to make waves in the town. This time she is going straight to the cops to make an offer. What is it? Well, we have to hold our thoughts. But anyway, we may also expect Nancy to constantly cross paths with the new FBI profiler. We wonder if they could ever get along on the case even if Nancy has a position now. Also, does Temperance really has to do something with these murders? That remains a question too. Let’s hope Nancy Drew Season 3 Episode 2 leads us somewhere.