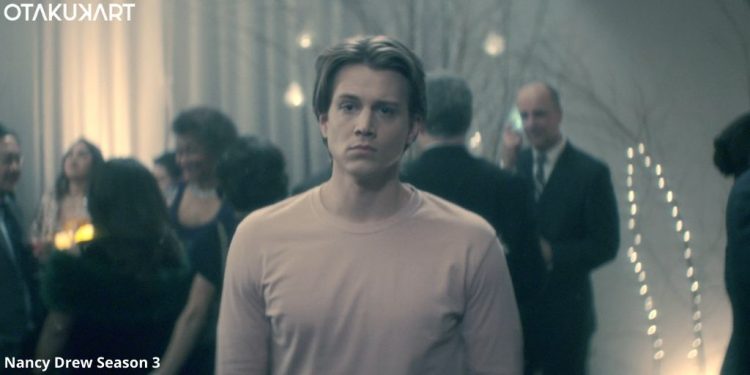 Nancy will find herself in a dangerous situation in Nancy Drew Season 3 Episode 11 as she comes across the Copperhead. Whereas the previous episode gave us a look at Ace and Hannah, who were stuck in a parallel reality. In addition to that, they were on the brink of death if they did not get out of there before the full moon.

On the other hand, Nancy and Agent Park got into a brief moment where Nancy almost kissed him. However, it all got awkward between the two until an unfortunate mistake with a confession ritual turned around everything. Whereas, things got a lot worse between Nick and George due to the ritual. Meanwhile, Bess was trying to find out what was the real plan of Temperance. Although, Temperance outsmarted Bess and got one step closer to her final plan.

But the question was, what was she trying to do exactly? The mysterious supernatural drama show has gained a lot of attention from the viewers since it first arrived on 9th October 2019. Moreover, the fans of the popular novel series of the same name were also curious to have a look which also added to the success. Therefore, the show is now in its third season, and the viewers are eager to watch Nancy Drew Season 3 Episode 11. But first, let us take a look at what happened in the previous episode.

Episode 10 of Nancy Drew Season 3 came out on 7th January 2022. Moreover, the episode was titled “The Confession Of The Long Night”. The episode began with a utility worker working in the back of the youth center to find a rare ore, but he died suddenly. Later on, Nick discovered the body and called Nancy and the police. On the other hand, Hannah told Ace that they were stuck in a parallel reality called the liminal space. They could see and hear everything from the real world but cannot talk to anyone, and the others won’t see them either. But the more important part was that they had to get out fast before the full moon of the long night otherwise, they will die.

On the other hand, Nancy and Agent Park had a moment, but it soon got awkward when Park didn’t kiss Nancy when she leaned in. Then we saw Bess helping out Temperance with the dress for the long night party while also trying to figure out her plan. There she saw Temperance performing a ritual using blood and the town’s map to locate something. Later on, the ritual took Temperance to the place where the utility worker died. On the other hand, Ryan met with a tech billionaire who wanted to invest in the youth center. But it turned out that he wanted to build a pool in the backyard to get his hands on the rare ore. Meanwhile, at the long night party, Bess tried to use a truth-inducing ritual on Temperance to get her to confess her plan.

Although, Temperance figured it out and turned it back on the whole town present at the party. Eventually, everyone started speaking out their minds. This brought in good results for some, but for some, it made things worse. Nancy and Park let out their emotions and got intimate. Whereas Nick and George broke up after George told Nick that she wasn’t sure that he was the one. On the other hand, Ace tried to contact Nancy by tapping the morse code on her shoulders. It finally worked, and Nancy got Temperance to help them bring back Ace and Hannah. In the end, we saw Temperance starting a ritual at the same place where she found the ore. Furthermore, she threatened Nick that if he tried to stop her, she will kill all the children from the youth center as she had put a hex on them.

“Nancy Drew Season 3 Episode 11 will release on 14th January 2022 at 9 pm ET on The CW.” Furthermore, the episode will be titled “The Spellbound Juror”. The episode will see Nancy and her crew a little out of sync due to the recent turns with the relationships. Meanwhile, Carson and his girlfriend, D.A. Jean Rosario, will face each other on a case in court. Whereas, things will get quite dangerous when Nick will figure out who is the next target of the Frozen Hearts Killer.

The ongoing mystery drama series has kept the fans intrigued with the latest season. Therefore, the viewers are searching about where to watch Nancy Drew Season 3? Well, that question has a simple answer to it. “Nancy Drew Season 3 airs at 9 pm ET on The CW every Friday in the United States.” Moreover, the viewers can stream the show on HBO Max. Whereas the show is also available to watch on Youtube TV and Amazon Prime Video.

Who is Paul Danan’s Girlfriend? Everything To Know About His Dating Life!