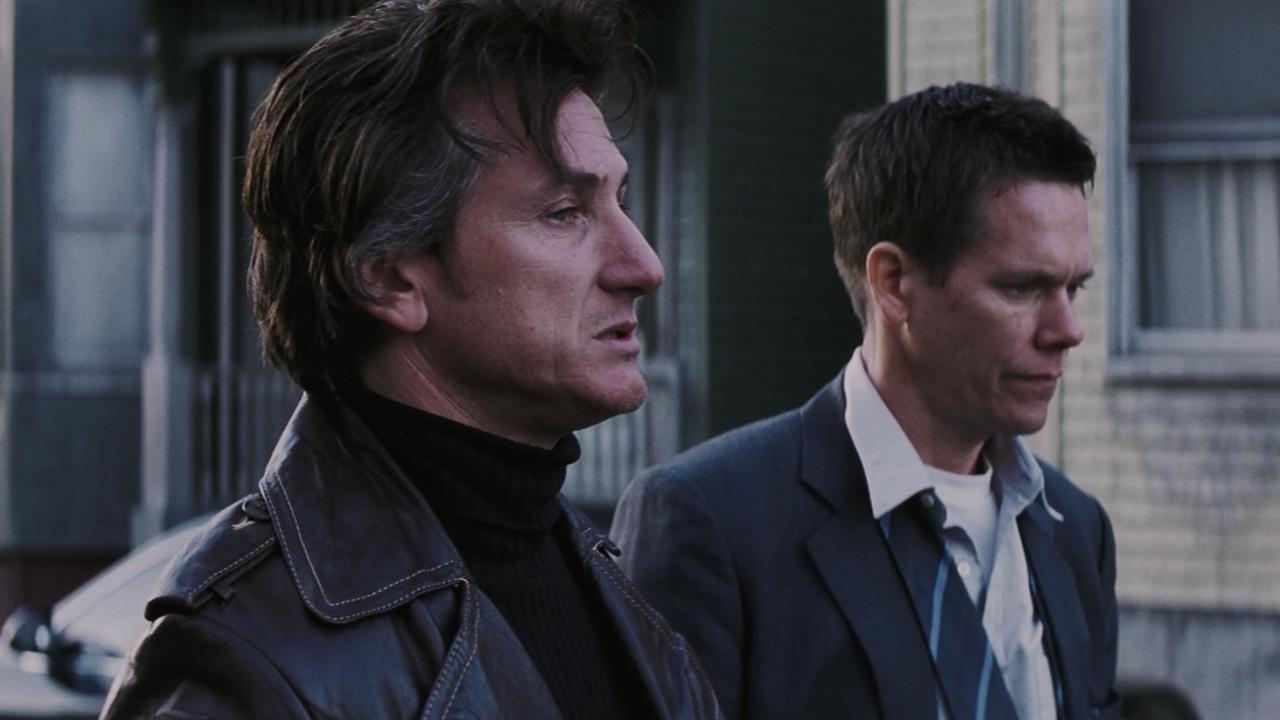 Clint Eastwood, probably the name is enough for viewers to find them attracted to this classic crime drama called Mystic River. Eastwood brought in a brilliant Neo-Noir mystery taking cues from the 2001 novel of the same name by Dennis Lehane. Brian Helgeland aided Eastwood with his screenplay. Thus bringing in a blockbuster classic to remember. The film went on to bag a number of awards and nominations. Most importantly these included Academy Awards for Best Picture, Best Director, Best Actor for Penn, Best Adapted Screenplay, Best Supporting Actress for Harden, and Best Supporting Actor for Robbins.

Mystic River follows the story of three friends who after an incident with one of them in childhood find themselves apart 25 years in the future. Dealing with traumas of their own. The friends find themselves together again due to a murder in the same neighborhood. After all these years, Mystic River still remains to be a classic that is adored by many. Plus rewatched time and again to revisit the in-depth direction, story-telling, and brilliant performance of a huge star cast. These include the likes of big names such as Sean Penn, Tim Robbins, Kevin Bacon, Laurence Fishburne, Marcia Gay Harden, and Laura Linney. So here we are revisiting the film again and getting to know what we felt about the classic film. Plus how it manages to stay engaging after all these years.

Mystic River follows the story of three childhood friends Jimmy Markum, Sean Devine, and Dave Boyle. One fine day, two cop-looking men kidnap dave. They later molest him for four days before he makes an escape. Fast forward to 25 years later, all three boys are no longer the friends they were as kids. Jimmy is an ex-con with his own convenience store, Sean is a homicide detective and Dave is a family man.

All three of them are struggling with their own personal issues. Sean struggles to keep his marriage intact with his pregnant wife Lauren. Dave after all these years is still haunted by the trauma of being molested. Jimmy on his side hates to see his 19-year-old daughter in love with a boy named Brendan Harris who comes from a family he doesn’t like. Katie even has plans of running away with Brendan. But everything changes one day for all of them.

One fine night Katie goes out at the bar, the same one where Dave is hanging out. The next day Katie is found murdered and Dave comes back home filled in blood. Thus his wife suspecting him. He states he fought with a mugger and might have killed him in the process.  Sean and his partner, Sergeant Whitey Powers are assigned to the case. This in turn brings the trio of friends together. As Sean works with it, Jimmy finds help from his own connections.

So let’s start with the story of Mystic River. The entire plot of the movie could have been dubbed as another whodunnit mystery. Another crime-procedural we see every week in different crime drama shows. But it doesn’t and it’s all because of the depth the script brings in with the characters as well as the strong performances of the star cast. The movie works well for a number of audiences. The regular fans, the crime lovers as well as those who came for the performances the actors are known for. Plus a great use of already available source material from the book.

So coming to it, apart from being a murder mystery, each character has his own struggles as mentioned in the plot. These are explored in-depth thus keeping the movie more than what it tends to be. For example, Dave’s haunting experience and Jimmy’s grief of losing his daughter. Also, Sean’s take as he investigates his own friends. Coming to acting, all the three actors who are already established big names carry the movie on their shoulders. The performances are the ones that get the story ahead as well as keep the audience invested.

Of course, the movie ends with the culprit as well as a fitting end. But not particularly, because even the aftermath is something that will keep you hanging. There are emotions, guilt, revenge as well a search for justice in the end. The characters leave you so invested you would be left wanting more from them. Thus, despite having a fitting ending, leaving you in a kind of cliffhanger we could say.