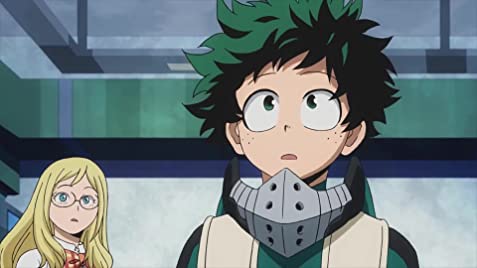 The first movie for My Hero Academia is called “My Hero Academia: Two Heroes”. The movie is being directed by Kenji Nagasaki and written by Yosuke Kuroda. That being said, the creator has high hopes for this film. Let’s look at the further details on this movie:

Recently at Anime Expo, the movie was announced. And, as per our sources, the release date for this movie is out too. According to what’s available on the internet so far, the movie will release in Japan on 3 August 2018. The air date for other countries will be announced soon.

The summary for this movie is described as The finals are finally over at U.A. and the students are preparing for the summer training camp. All Might receives an invitation from a certain friend of his to an I-Island, it deals with all quirks and hero item research. All Might brings Midoriya with him to this Island, and when they are spending quality time at the island on their own. Midoriya meets Melissa, a quirkless girl like him. Things were going good for them until a villain appears and hacks the Island system.