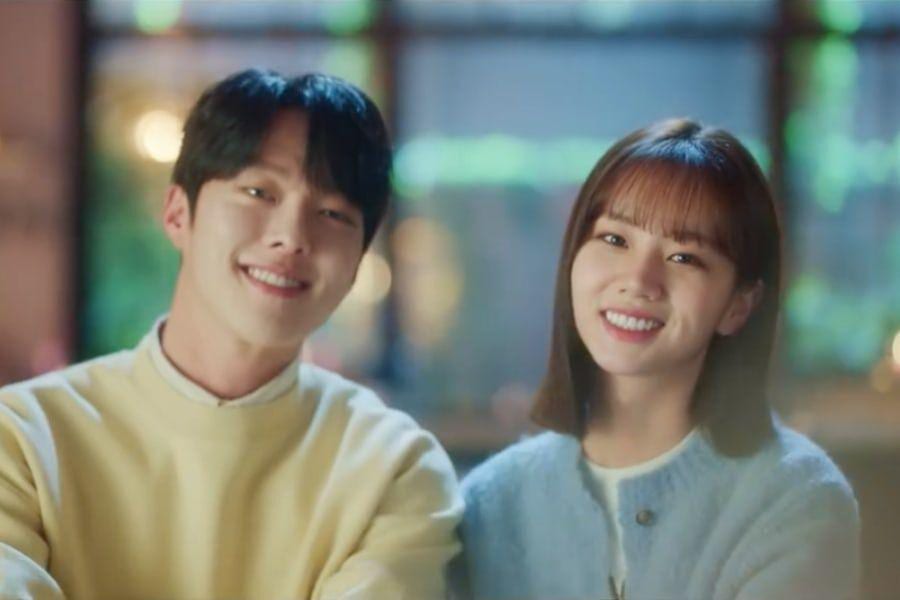 My Roomate is a Gumiho

Upcoming fantasy Kdrama, My Roommate is a Gumiho,  has released a new poster. However, this time the poster does not feature the lead couple but the other main leads of the show. The new heart fluttering poster features Kang Han Na and Kim Do Wan. The two will also play major roles in the new show. As the Kdrama is approaching, the production is blessing us with major details and updates. Previously, they shared posters and teasers that feature the leads-  Girl’s day’s Hyeri and Jang Ki-Yong. We have already shared all the updates on them. Hence, now let’s have a look at the new teaser poster. Go check it out.

It will tell the story of a 22-year-old college student named Lee Dam (Girl’s Day’s Hyeri), who accidentally consumes the marble of a 999-year-old male gumiho (a mythological nine-tailed fox), Shin Woo Yeo (played by Jang Ki Yong). Meanwhile, Shin Woo Yeo was not very far from achieving his goal of becoming human. To rectify the situation, the two decide to live together as roommates.

Additional characters will also play an important role. So, let’s get details on them.

Kang Han Na will be playing the role of Yang Hye Sun. She is Shin Woo Yeo’s friend, who earlier used to be a gumiho but has now successfully turned into a  human. Meanwhile, Kim Do Wan is taking on the role of Do Jae Jin. He is a hopeless romantic who wants to give his everything when it comes to love. But, unfortunately, his luck is super bad as he always gets dumped.

The newly published poster introduces the cute Yang Hye Sun and Do Jae Jin. The two share adorable chemistry in the poster and it gives a glimpse into their relationship that will take place in the new show. Even though the duo is looking off in opposite directions, their attention is entirely focused on the other. Moreover, they can be seen sitting next to each other at a cafe. Both characters’ can’t hold back thier smile as they touch their shoulders. 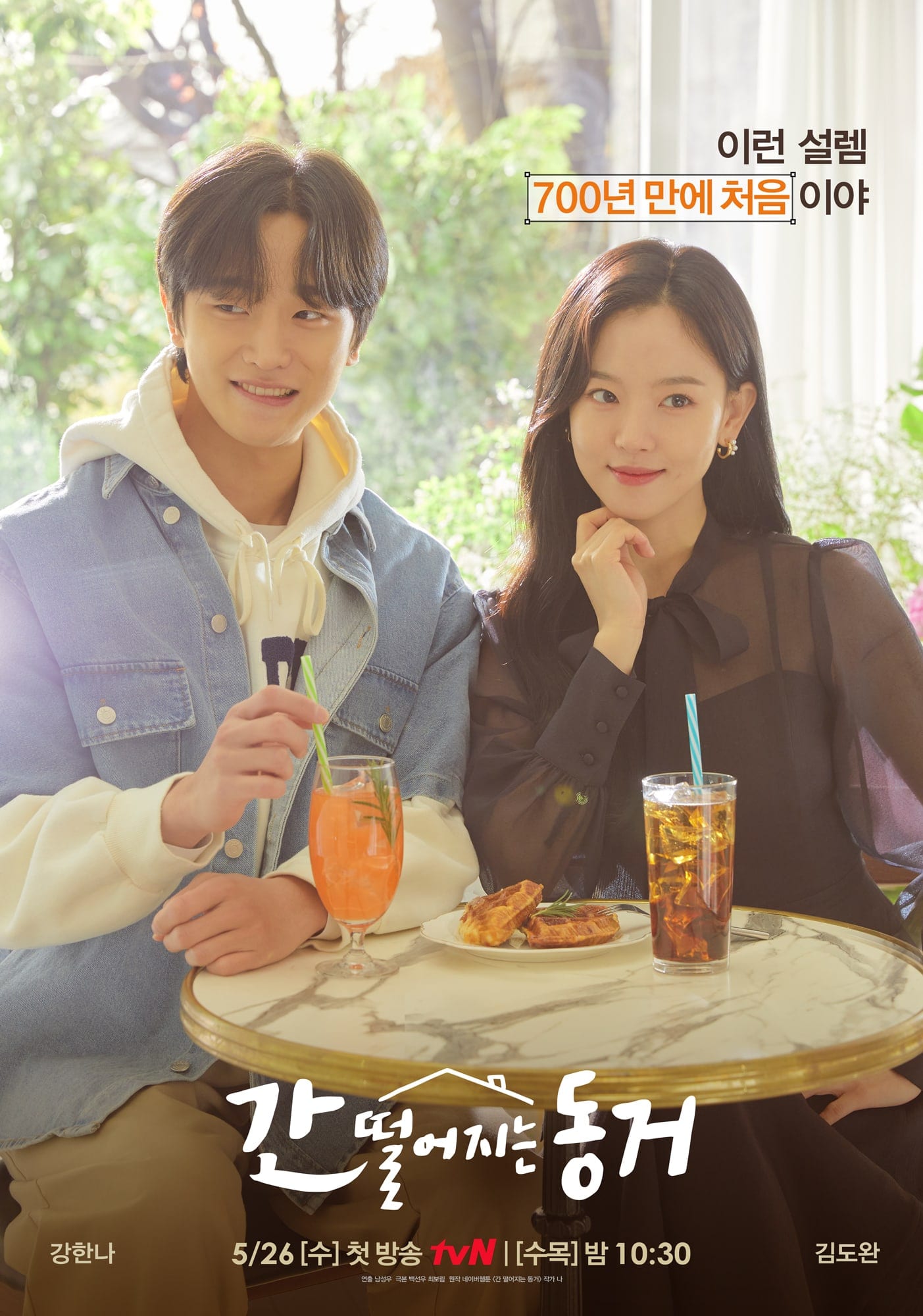 It looks like despite his blundering ways, Do Jae Jin has somehow managed to flutter make Yang Hye Sun’s heart. As per the information, Yang Hye Sun is an expert when it comes to romance. But she has not experienced anything for a very long time. However, things are changing now. The poster’s caption reads, “This is the first time in 700 years that my heart has fluttered like this.”

Do Jae Jin is finally getting lucky with relationships. And the fans are excited to see the two in the upcoming drama. See the new poster down below:

My Roommate is a Gumiho Release Date and More

My Roommate Is Gumiho will release on May 26 at 10:30 p.m. KST. The upcoming romantic comedy will take up the slot, currently owned by tvN’s Mouse. The show is a tvN, iQiyi, iQiyi original. However, people living outside the South Korean region can easily access it through the iQiyi official website or via its official app. However, it will be available to only premium subscribers. So, make sure to get a subscription to enjoy the show. 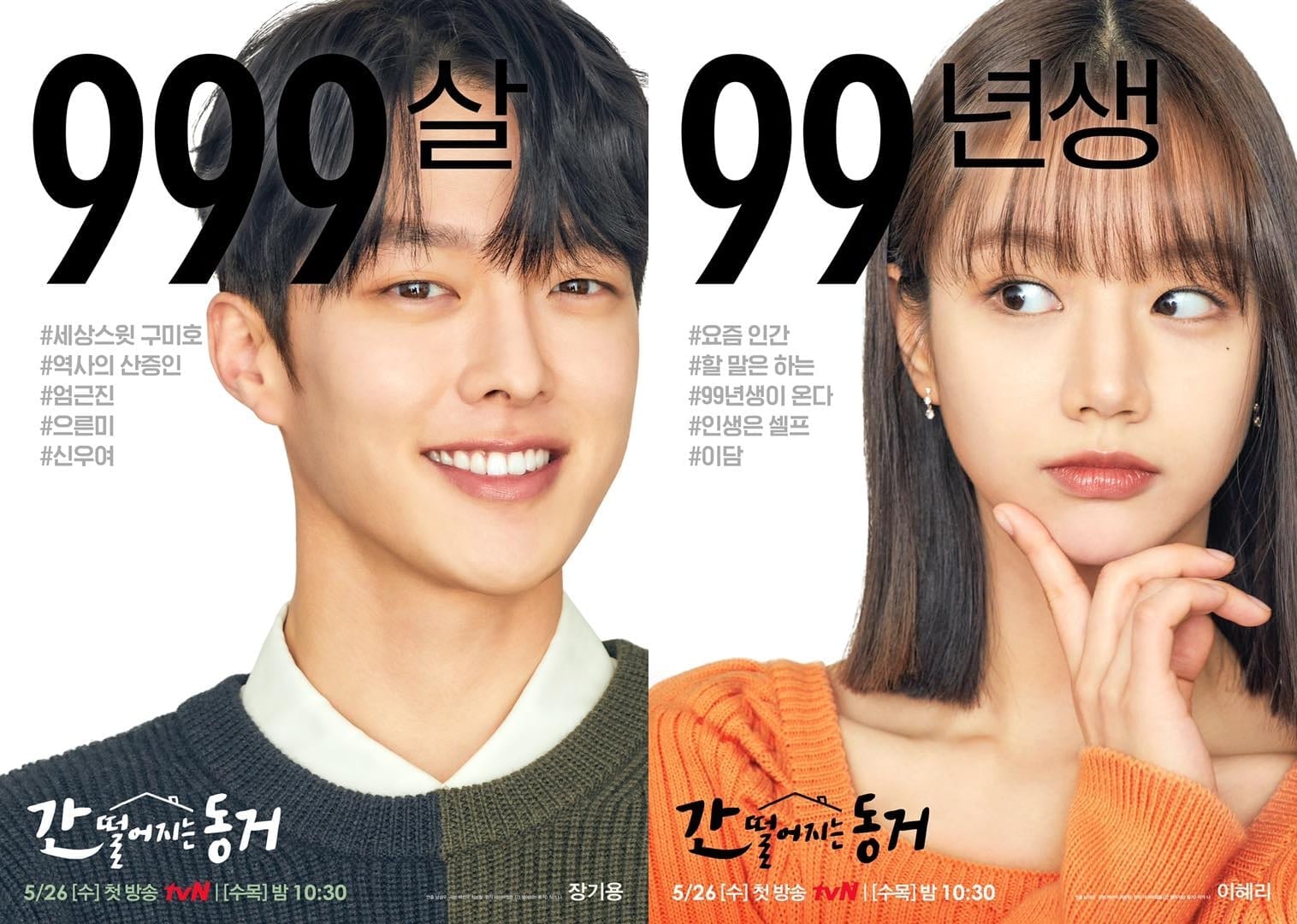 Earlier, the production has released a trailer. It featured the two Hyeri and Jang Ki Yong as we saw them in their characters deciding the rules for living together. Teaser photos are also released, and in a week, fans will be able to stream the show. It is based on the popular webtoon of the same name by Na. Hyeri and Jang Ki-Yong Set Rules in the Teaser of New Kdrama, My Roommate is a Gumiho

Until then, watch Girls’ Day’s Hyeri in her hit show Reply 1998.