My Master Has No Tail Anime Announced! Visual Teaser Out, Air Date Scheduled for 2022! 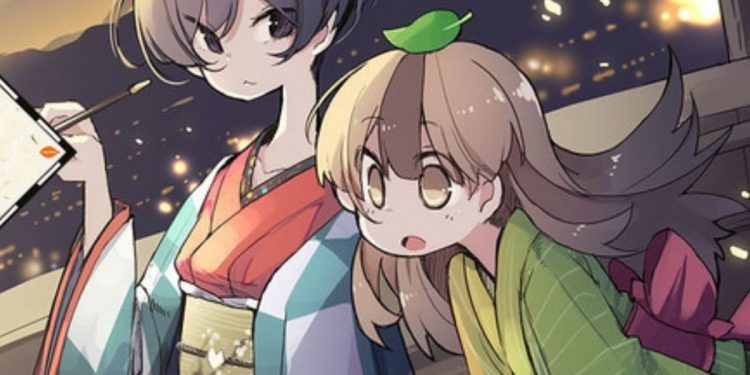 My Master has no tail anime Announced!!

When we think that this year can’t get any more excited, it comes up with something more electrifying. Many people who have thought that this year is going to be worse than the previous one, I like to tell them all that it’s high time you all start watching anime. We cannot ignore the hardships we all faced in this course of years struggling to sustain. These new releases gave us hope to keep going. The anime series which is coming all the way from Japan to make our mood light is “My Master has no tail.” Just like many other new releases of the year 2022, My Master has no Tail is also an anime adaption of the manga by the writer TNSK.

When there is a lot of popular anime series scheduled to be out in the year 2022, the creators of “My Master has no Tail” didn’t stay back. Indeed the title is weird and funny at the same time, but the manga readers will surely be aware of the significance of such a title. We are not going to spoil anything, as we will just take you through the announcements made regarding the release of the anime adaption of the series. Let’s find out whether the series will come out as another Winter Anime of 2022 or not.

Also Read: Will there be a Holyland Anime Adaptation?

About My Master Has No Tail

My Master has no Tail series is better known for the Japanese manga series that goes by the same name. The series is written by the writer TNSK who titled it “Uchi no Shisho was Shippo ga Nai” in Japanese. The manga is officially published by Kodansha, which is well known for publishing other manga like Attack on Titan, Vinland Saga, Blue Period, Fairy Tail, and many more. The manga was published on 7th January 2019 and is still going on. Till now, it has been collected in 6 tankobon volumes. The manga gained immense popularity, and now we don’t even need to introduce it any further. A new chapter of the manga is released on a weekly basis, and the anime series is also going to come out soon.

My Master Has No Tail Plot

It’s quite obvious that, as there is a manga available to read, we all are somewhat aware of the plot of the upcoming series. The plot of the manga series goes around a shape-shifting Tanuki girl named Mameda. Tanuki is a Japanese word used by Racoon, which means Tanuki is a raccoon. Mameda being a Tanuki, has a dream to become a human and is in search of ways to meet her motive. The plot progressed when one-day Mameda met another Tanuki who was just like her. The Tanuki she met is a lady named Bunko, who initially advised Mameda to give up on her dreams of becoming a human. Later, Bunko ended up becoming Mameda’s mentor, who started guiding her on how to disguise herself as a human.

The reason why the series is named “My Master as no Tail” is because of Mameda’s dream to become a human and Bunko guiding her to disguise as one. The main motive was to lose the tail and how Bunko mastered to hide her tail. The plot will show you the motherly feeling that Bunko will exhibit towards. Also, their bond gradually growing stronger makes the series soothing than ever.

My Master Has No Tail anime announced

Coming back to the main subject, since we already have a manga series, the creators didn’t take much time to announce an anime series too. As per the official announcements, the anime series is going to debut in 2022, but the exact date of release is still unknown. Other information like direction, production, and writer has been disclosed. The direction of the series is going to be helmed by Hideyo Yamamoto, who is famous for directing the series “Strike the Blood,” “Bungou Stray Dogs,” “Kuromukuro,” and much other popular anime series. As for the writer’s team, it includes Touko Machida, known for her work in Akame ga Kill, Kei Shimobayashi, Aya Satsuki, and Yuho Togashi.

The anime will be produced by Liden Films, which is currently in highlights for its series “Tokyo Revengers.” As for its other works, it created Berserk, Killing Bites, Phantom in the Twilight, and many other notable anime series. TNSK, the original manga writer, is also excited about the new sharing his feelings on his Twitter account. The production of the anime has already been started, and a visual teaser has also been dropped out, teasing many fans.

Also Read: 10 Anime Similar to Mieruko Chan That You Should Check Out

Tags: My Master has no Tail
ShareTweetShareSharePinSend
Previous Post

‘The Lost Daughter’ Ending Explained: Does Leda Dies At the End?