My Hero Academia Vigilantes Chapter 99 Spoilers and Where To Read Online? 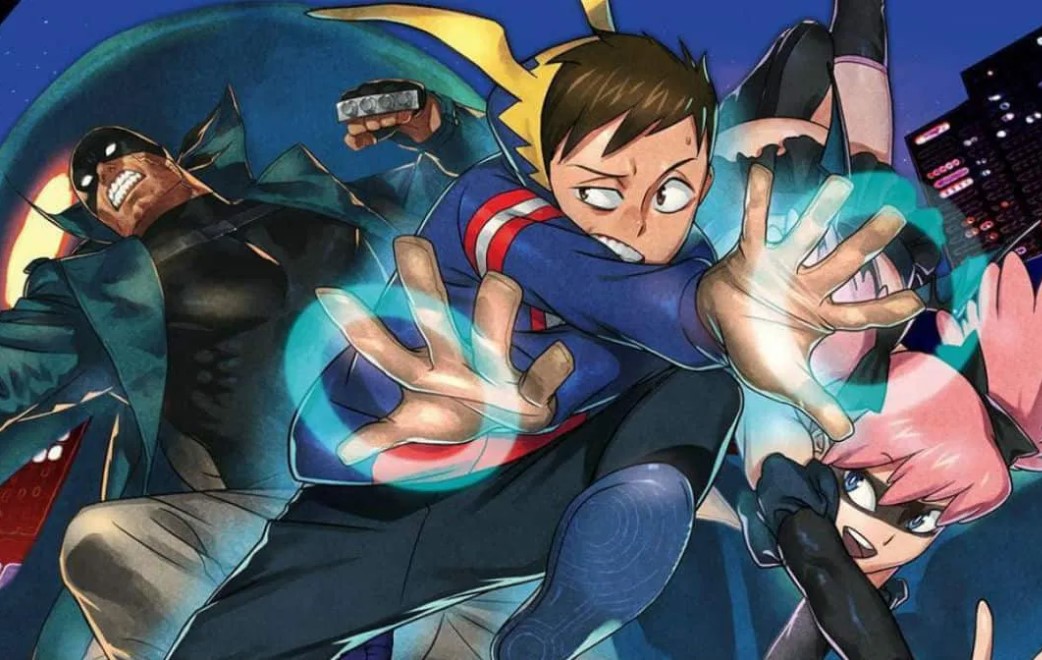 Koichi bums with Eraser Head on his way to the hospital. He told Eraser that it’d been a while ever since they met. Eraser address Koichi by his famous name Crawler. He asks him to come closer to him so that they can talk properly. Crawler replies that he can hear him properly when he is at this distance. Eraser gets angry and uses his Quirk trying to capture the Crawler. But the Crawler dodges while the bandages hit the pole that is near the Crawler. Please take a look at My Hero Academia Vigilantes updates below.

Eraser realizes that it won’t be easy to capture the Crawler alone. He told the Crawler to listen to what he wants to say. He reveals that Igenium, Beast Jeasnist, and Edge Shot, and all top Heroes are here in this town for Crawler’s sake. Eraser manages to use his Quirk again and wraps the bandages around Crawler’s body. He asks Crawler if he understands what he is saying. Crawler replies that he understands, and Eraser asks if he knows the reason why. Crawler tries to think about what Eraser is talking about.

Eraser reveals that all top Heroes are here for the safety of Crawler. They are supporting him, and he can say they are on his side. Crawler thought that they are chasing him because they considered him to be a villain. Eraser reveals that the heroes are supporting Crawler’s actions. Crawler thanks Eraser and comments that the Sky Egg Kid has become famous. Eraser comments that it is irrational since guys like Crawler never listen or stops until someone is injured or hurt.

Eraser tries to drag Crawler towards him using his Quirk. But Crawler manages to cut the bandages that Eraser is using to drag him. Crawler realizes that Eraser is acting like this to make him surrender. He realizes that if he doesn’t come with him quietly, Eraser won’t stop attacking him. Crawler tries to use his Quirk, but he finds that his slides and glides are not working. He keeps on tripping and losing balance while Eraser tries to capture him.

Eraser notices that Crawler is slipping from his hands, and the distance between them is increasing. He tried to use all of his power to capture Crawler, but it didn’t work. Crawler moves quickly using a dash-dash move and left Eraser behind. Eraser pursues him at a distance, but he cannot use his Quirk since Crawler has reached the tow where there are citizens. He is afraid that fighting her might get the citizens injures. Crawler continues to advance through the building while bumping with the citizens.

He apologizes as he passes through the building since some are dropping their things by bumping with him. Crawler bumps with a guy who knows him, and the guy calls him Cruller instead of Crawler. The guy shouts, watch out where you are going, Cruller. The citizens wonder why Crawler is running. One of the citizens saw a Hero, but he is not sure since it has been a long time without seeing that Hero. The guy wonders who that Hero is hiding. The guy started to think about the name of the Hero that is passing near him.

He confronts the Hero, but he couldn’t recognize him. The guy wonders who is this mysterious hero. But he apologizes for bumping with him. The mysterious Hero continues to walk and comments that there is a lot of oddball around town today. Meanwhile, the pursuit continues, and Eraser uses his Erasure Quirk to catch up with the Crawler. Erasure allows him to look at the target, and the target will stop moving. Crawler realizes that the Hotta Bros has told him about Erasure’s Quirk.

He decided to move while staying out of Eraser’s sight. Crawler is glad that his Quirk is working now. He decided to stay in the blind spot while sneaking from an alley to an alley. He started to jump from one roof to another without making noise. Crawler thinks he will be able to escape if his plans work. But he is surprised when Eraser jumps from behind. Eraser attacks Crawler quickly, and he started to fall from the top building. Crawler realizes that Eraser used to do his Hero work in this alley.

His secret shortcuts have been exposed. He manages to use his grappling ability to and land on the rooftop of the nearby building. Eraser realizes that that Crawler is good at hiding and seek. But he has to do something bereft Crawler make another big escape. The police are still on the Crawler’s case. They find that Eraser Head is chasing Crawler and the Igenium, along with Idaten’s second team, is on the move. Beast Jeanist, Edgeshot, and the other Heroes are on Crawler’s tail.

My Hero Academia Vigilantes Chapter 99 Release Date and Where To Read Online?

All The Members of Red Velvet K-Pop Band

Who Is Bianca Andreescu Dating in 2021?