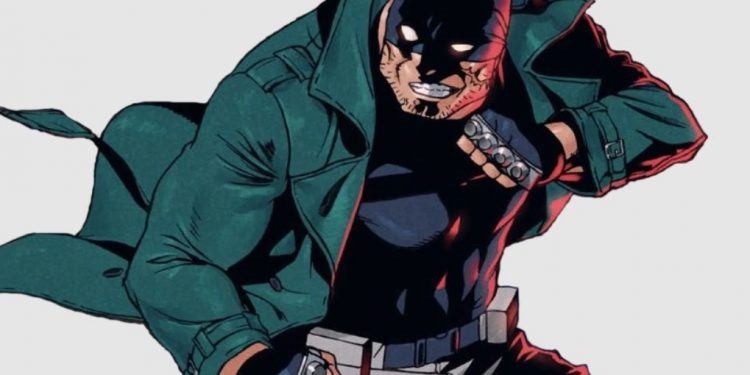 The Crawler vs. Number Six continues in My Hero Academia Vigilantes Chapter 117. The battle has become intense after Number Six surpasses his limit three times and takes three different forms. The guy who resembles AFO continues to help Number Six, who decided to incinerate everything with Koichi. Koichi has survived killer strikes while the news reporters keep the citizens updated. In the recent chapter of My Hero Academia Vigilantes, the news reporters on a helicopter take a picture of Number Six vs. The Crawler. The warns the citizens of Naruhata about a Flaming Giant that recently appeared.

They also reveal that the Flaming Giant has destroyed the building with flames, and they are also losing the signal. The camera guy wonders if he is at risk, and the lady reporting the news told him to keep the camera rolling even though it is scary. The citizen of Naruhata from the East received orders to evacuate since the battle was taking place in that direction. They know that the Heroes are on their way to ending the chaos. The citizens on the streets get worried when they hear an explosion noise and the kids tell their parents that they are scared.

They wonder why the sky is lit up like fireworks and if the town is finished. Koichi falls from the top after receiving a massive blow. He begins to see darkness and realizes that he is falling unconscious since he has lost a lot of blood. Koichi wonders if he has met his end and would never return to life. But he heard a voice of Knuckleduster asking him if he was sure about dying. Koichi wonders how Knuckleduster gets to his location. Koga realizes that Knuckleduster knows something about Koichi.

Koichi reveals that he has lost a lot of blood, and Knuckleduster tells him that he will be okay. Knuckleduster reminds Koichi to wrap his wounds with a Quirk, and Koichi is surprised when he gets healed instantly after using his Quirk. He uses the Quirk to coat his body and returns to normal while floating midair. Koichi was impressed by the Knuckleduster technique since it helped him recover quickly. Knuckleduster teaches Koichi how to control a body coated with a Quirk. He lights his cig and reminds Koichi to escape the darkness, and Koichi realizes that he is not in this battle alone since others support him.

He realizes that it was touch ever since his master (Knuckleduster) disappeared. Knuckleduster reveals why he left since he was giving Koichi some touch-ups, and he will figure out everything on his own. Koichi reveals that he practiced getting hurt less. He taught him how to get out of the darkness barrier and reveals that Popstep is safe and Koichi get excited to hear that. Knuckleduster rolls his fist and asks Koichi if it feels good to punch some villains. Koichi was impressed since Knuckleduster’s fist was shining like a fire.

My Hero Academia Vigilantes Chapter 117 will be released on 7 January 2022. Number Six notice that Koichi is not dead. AFO continued to watch the battle from the rooftop, and Number Six said that Koichi hides like a cockroach. He swings a massive punch trying to flatten the entire building, after the explosion, Koichi transforms into The Crawler: Knuckle Style. He has Knuckleduster bracelets on his fist. Let’s look at My Hero Academia Vigilantes Chapter 117 official details.