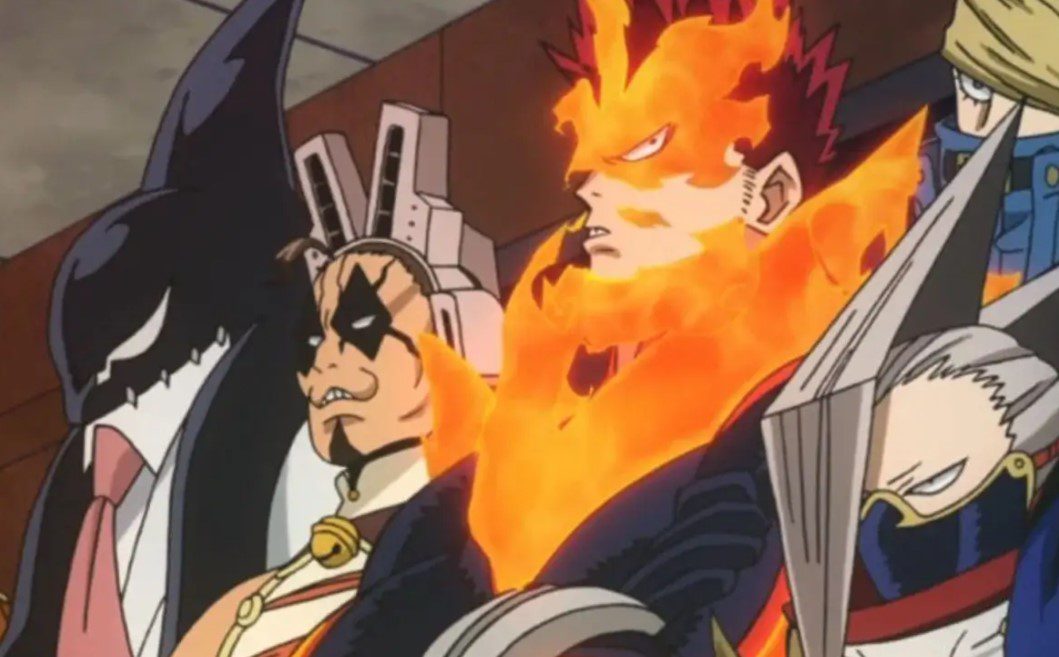 My Hero Academia Chapter 329 reveals the new ally of the Heroes: Hero Killer, aka Stain, who sent the intel to the former Number One Hero All Might. All Might learned about that from the email and realized that Stain had given them something important. My Hero Academia reveals Izuku Midoriya’s life, who recently returned to U.A and had beautiful moments with other students. The students enjoy bathing Izuku, but he couldn’t go to sleep without seeing All Might. Shoto helped Deku to find All Might, and the two settled their score. From the latest My Hero Academia chapter, the students learn about Stain from All Might, who head out.

Endeavor heads out, and the heroes realize that they have to develop new plans since what they have learned about Tomura Shigaraki perfecting his body is wrong. The latest leaks, scans, and spoilers of “My Hero Academia” Chapter 328 showing Stain’s intel revealing mind-numbing information about All For One and Tomura Shigaraki. The new characters are expected to show up in the upcoming chapter of this manga. The chapter title is “No. 1 hero named Star and Stripe.”

The chapter begins with a flashback of what happened in prison. Stain invaded the high-security prison Tartarus and met with a prisoner who was delighted to go out and pursue women. But Stain killed that guy since he wanted to gather information and went straight to the monitoring room. When he opens the door of the CCTV room, Stain is surprised to see a pile of corpses of security guards. But there is one guy who is still alive, holding onto the security records. Let’s find out what Stain’s intel will reveal in the latest chapter below.

Stain grabs those records, and the guy tells him that the records are essential and Tomura Shigari must not lay his fingers on them. The guy begs Stain not to lose those record no matter what happens and ask if he is talking to a monster or a human. Stain replies that he is a monster who is fighting for justice in society. Cut to All Might and Tsukauchi. All Might give away the chip that Hero Killer Stain hand over to him and give it to Tsukauchi. They two talked about how All Fore One has taken over Tartarus. 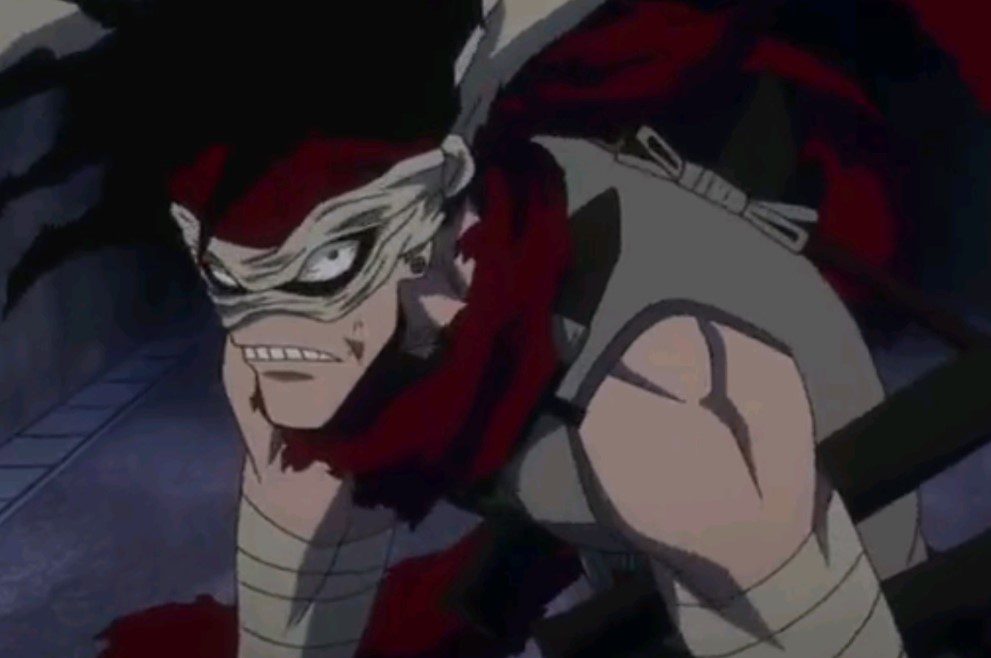 All Might and Tsukauchi believe that All For One connected with Shigaraki’s consciousness and managed to take over Tartarus. The two investigate the information on the intel reading the records inside. Later, Tsukauchi’s assistant Sana reports to All Might and his senior that Central Hospital and Tartarus don’t match. Sana adds that according to Central Hospital, the minimum resting time should be two months. All Might decided to ignore the Central Hospital’s research. They calculated the deadline set by All For One and the time passed since the Tartarus destruction.

They conclude that Tomura Shigaraki’s body will make its perfection stage in three days. At the end of that chapter, the heroes from worldwide assembling at the “International Heroes’ Headquarters.” The chapter ends with a visual of “America’s no. 1 hero” above the airplane. The heroes are coming with a new plan to stop All For One and Tomura Shigaraki’s new plans. This has not much to offer since the spoiler got released earlier than expected. We will find what made Hero Killer Stain helped the heroes in the coming chapter of this manga. Let’s look at the following details of the upcoming chapter below.

My Hero Academia Chapter 329 will be released on 10 October 2021. Izuku has rested after his encounter with All Might. A new force is preparing to face the Villains. The truth behind Stain will be revealed in the next chapter of this manga. The Pro Heroes will also be included to see whether they are part of this war. The manga won’t take a break this week, and we will give more updates soon. Let’s look at My Hero Academia’s official details and updates below. 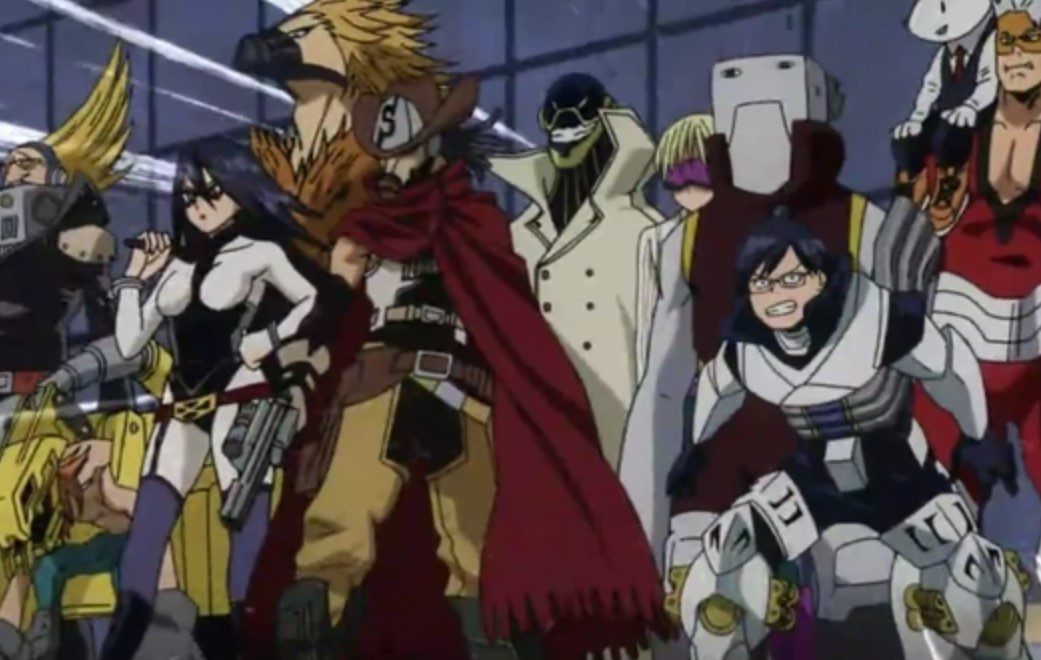 You will be able to read My Hero Academia Chapter 329 online on VIZ Media‘s official website. This manga is also available on Shueisha’s online magazine, Shonen Jump+, and releases its chapters every week. The spoilers for My Hero Academia Chapter 329 will release during the week and three days before the latest chapter release. This manga releases at six o’clock in VIZ every Sunday unless the recent chapter gets delayed. Those who can’t access VIZ can visit Shueisha’s online magazine, and they will get the new chapter earlier, an hour before the recent release.