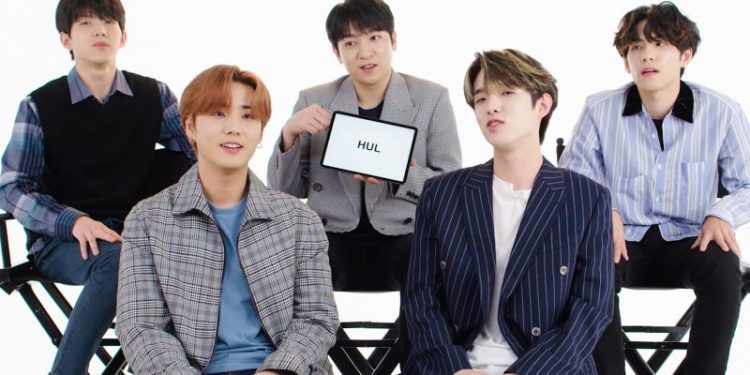 Have you ever heard a k-pop stan talk? They use words like ‘bias,’ ‘aegyo,’ ‘comeback,’ ‘All Kill,’ and a lot more, and it makes you feel like the world you are in. Well, it’s because K-pop is not just a music genre but a whole universe. From the kings and queens to the upcoming generation of the royals, the world of k-pop has it all. The millions of armies filled with k-pop stans are always ready to take the haters down. From fan wars to events, a day in the world of K-pop is never boring. What’s most interesting is the slang of K-pop.

As k-pop went global around 1959, fans all over the world decided to mix a bit of Korean and English and made a language of their own. From the time a person clears the audition, starts their journey towards becoming an idol to the time they finally become one and start the scandalous life. As a k-pop newbie, things get complicated when you hear the stans using the k-pop lingo as they talk about their favorite idols. But learning with time, things become easy. And as you dive deep into the world of k-pop, the language and the people feel not so foreign anymore.

Here Are The Most Used Slangs of K-pop That You’ll Need To Know!!

The three big entertainment companies that have launched the most successful careers are SM Entertainment, JYP Entertainment, and YG Entertainment. They have launched some of the biggest idol soloists and groups in the world like Girls’ Generation, Super Junior, SHINee, TWICE, Wonder Girls, Miss A, BLACKPINK, 2NE1, and Big Bang. But with the recent changes, the Big Three has been under fire. With the fall of YG and some of its senior artists, many fans want to replace Big Hit with YG, while some want to expand the Big Three to The Big Four.

As the name suggests, a trainee is a student. After auditioning at the entertainment companies or getting scouted by the agents, a person becomes a trainee. Training in different aspects like Dance, Vocals, Language, etc., for years, the trainees go on to make their debut. The training period depends on the different trainees. While some end up making their debut in a few months, for some, it takes years. And some might not even make it to their debut. Apink’s Eunji was a trainee for just two months while G.Soul debuted as a solo artist after being a trainee for 15 years.

Once finishing the intense training and making their debut, the trainee finally becomes the ‘idol’. An ‘idol’ can be a soloist, or they could belong to a group as well. The k-pop stans idolize the k-pop groups and solo artists, following all the activities they take part in. Some of the biggest idol and idol groups are BTS, Blackpink, Eric Nam, Jackson Wang, Twice, GOT7, and a lot more.

While ‘Debut’ is not really a new or foreign word, its association with the world of K-pop has definitely increased its importance. Becoming an idol from a trainee and stepping out in the world is known as a debut. There are two debuts an idol makes, debuting with the soundtrack or an album and the public debut. To keep the fans on their feet about the upcoming idol, teasers are released, giving fans a look at what’s coming for them. ‘Blackpink’s debut with Boombaya and NCT U’s debut with ‘The 7th Sense’ are to date two of the most successful debuts out there. Recently IVE’s debut with ‘Eleven’ has also broken many records.

Also Read: Who is BoA? Why Is She Known As The Solo Queen Of Kpop?

‘Bias’ refers to the first thing ever you do after entering a fandom, choosing your favorite. The fan’s favorite member in a group or if multifandom, then the favorite group, is called the Bias or the Bias group. And for the ultimate favorite member, the term ‘Ult Bias,’ i.e., the Ultimate Bias, is denoted. But with so many charming visuals and unbeatable talent, it’s quite hard for a fan not to have a second favorite. The second favorite is called the ‘Bias Wrecker’ as they hold the power of taking over the fans’ love for their original Bias.

While ‘Comeback’ is generally used when an artist returns to the studio or stage after a break. For k-pop stans, ‘comeback’ is a period of intense joy. As the k-pop idols take their sweet time releasing singles, mini albums, or full-length albums, unlike the western artists. Every time an idol releases a new song, it’s known as the ‘comeback’. And for every comeback, the idols follow a concept or a theme that the single/album is based on. And follow the concept throughout the promotions and performances.

‘Fanchants’ is something that every k-pop stan should learn as it just makes the experience of being a k-pop stan more fun. During a live performance, the fans team up and chant the names of all the members of the idol group. Along with words, lines, or lyrics that would relate to the artist on stage. (For example, BTS’s fanchant includes fans screaming the OT7 names in the sink) As all the fans are united at the time, the fan chants are loud, melt into the beats, and are really fun to take part in.

Taken from the Korean family vocabulary to make the k-pop world a bit closer, slang like ‘Maknae,’ ‘Hyung,’ and ‘Unnie’ makes it easier to address the kop idols with the age difference. In general, “Maknae” means the “youngest sibling,” “Hyung” means “older brother,” and “Unnie” means “older sister”. In k-pop, the youngest member of the idol group is called the ‘Maknae’ and ‘Golden Maknae’ if the idol excels in all fields. “Hyung” is used between younger and older members of boy bands. While “Unnie” is used between younger and older members in girl groups. Jungkook and Lisa are Maknaes of BTS and Blackpink. While Jin, Suga, V, Namjoon are Hyungs of BTS, and Jisoo and Rose are the Eonnies of Blackpink.

The Leader of the idol group is responsible for keeping the group organized, serving as the liaison between the group and their entertainment agency. They also speak on behalf of the group at awards ceremonies or in interviews. RM is BTS’s Leader, Taeyong is NCT’s Leader, and Bang Chan is Stray Kids’ Leader.

Known as the most attractive member of a group (usually based on Korean beauty standards), the visuals of a group are quite controversial as fans have different opinions on beauty. Till now, the most agreed-upon visuals are BLACKPINK’s Jisoo or BTS’ Jin.

An “anti” or an “anti-fan” is someone who hates a specific idol or group. Some of the antis have been known to go to the extent to discredit the idol they hate by creating fake rumors or finding evidence that diminishes an idol’s talent. While Saesang is different as they are fans who invade idols’ privacy or make them feel uncomfortable or unsafe in some way.