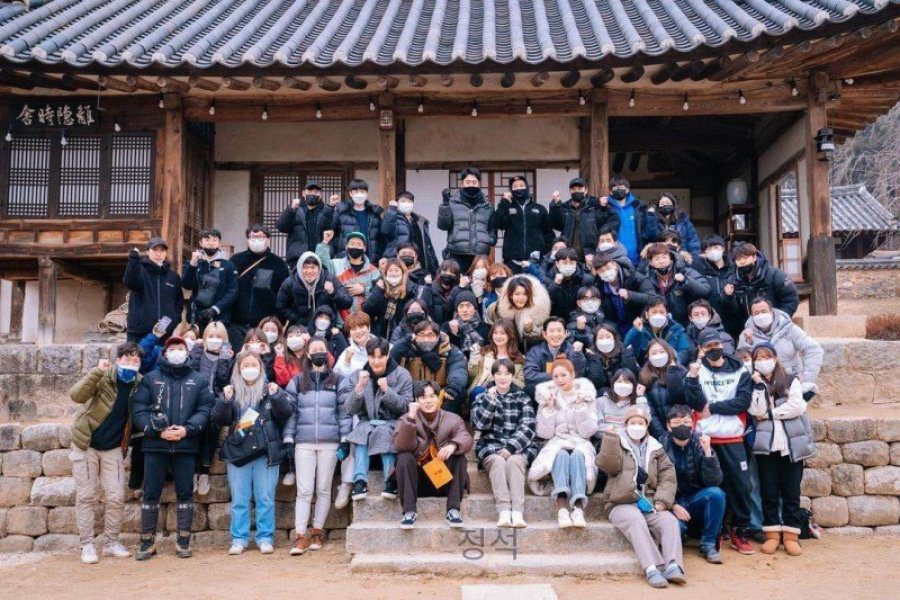 The whole cast and crew of Monthly Magazine Home

Monthly Magazine Home is a popular South Korean television series. Monthly Magazine Home Ending Explained and more on the series is something we will be taking up today. The drama is based on houses and real estate. Monthly magazine home is also popularly known as Monthly House or Monthly Home. Na Young Won being a successful senior editor, has been working for over 10 years now. Having a huge debt to clear and a family to support she just kept on working with not many savings. As a result, she has quite some experience living in rented houses, but considers these houses as her own, and takes proper care of them.

She is an incredible woman, who is lovely and emits positive vibes to all. To her, these houses are her home. But after facing some difficulties she now decides to buy her own place. In her new workspace, she meets Yoo Ja Sung. He is apparently a difficult landlord to keep happy and is the CEO of the magazine house she works for. Yoo Ja Sung grew in poverty and has lived quite a difficult life. He has rightly earned the position he is in right now and made most of his fortune through real estate investment. 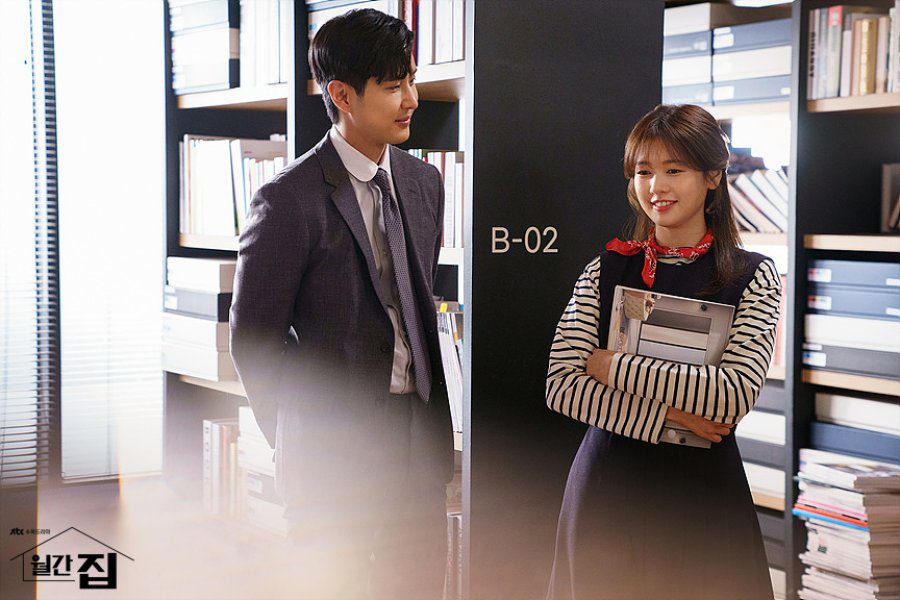 A Still from the drama Monthly Magazine Home

He considers these houses just as mere property, but his notion changes when he meets Na Young Won. They both soon get attached and fall in love. But every love story has its own share of struggles and hurdles which one needs to go through. With a unique concept, the drama is simply amazing and refreshing to watch. Now that the drama has finally gone off the air let’s take a look at Monthly Magazine Home Ending Explained.

The well-known drama, Monthly Magazine Home has now officially gone off the air. The drama aired its last episode, which is episode 16th on 5th August 2021. The drama aired on its original network JTBC every Wednesday and Thursday. With the duration of each episode of the drama being approximately 1hr 10min. Monthly Magazine Home mainly has three main characters namely, Yoo Ja Sung, Shin Gyeom, and Na Young Won. The drama acquired huge attention since the overall concept of the drama was quite unique. The drama series is centered on houses and deals with the problems of people who have issues with their housing. Not just that the drama thoroughly shows us a peek into many new houses and their innovative ideas behind them. 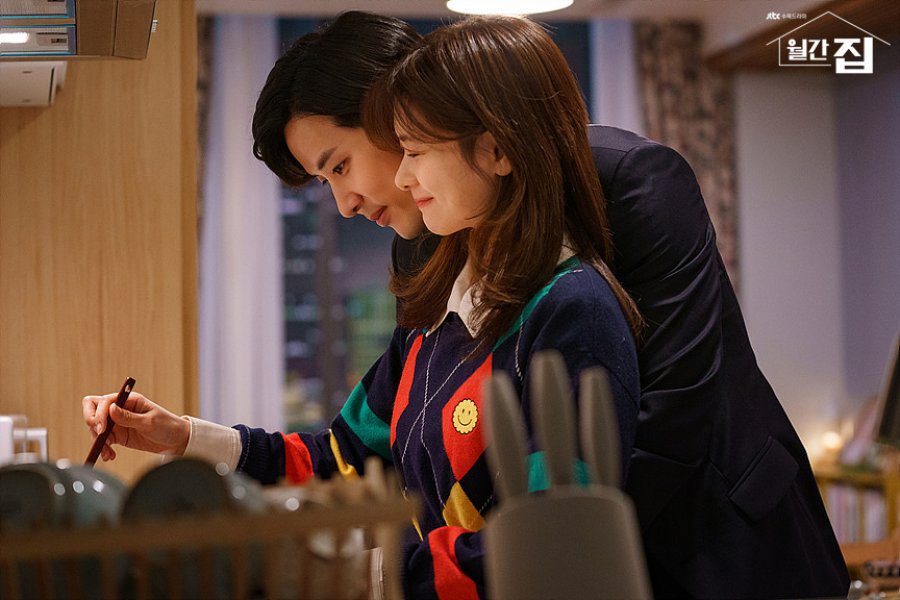 In the 16th episode, fortunately, we got to see a perfect happy ending for all. While it seemed like Na Young Won would never return and their love story would be left off incomplete, there Yoo Ja Sung made efforts to bring her back. The last episode was dramatic, emotional, and quite satisfactory at the same time. Mr. Choi Go’s son got into the university and even the problems related to his apartment were solved in the end. Though it seemed like editor Yeo Eui Joo would never marry and eventually will break up her relationship with Nam Sang Soon. To our astonishment, she actually agrees to marry Nam Sang Soon finding how sweet of a guy he is.

Last but not least our favorite couple Na Young Won and Yoo Ja Sung, finally found each other after 3 long years. Now Na Young Won even has her own house that she built and all seemed to have been at a happy place. In short, the ending of the drama was just perfect and couldn’t t have been better. Hence Monthly Magazine Home thoroughly did justice to its ending and fans are quite happy with it. 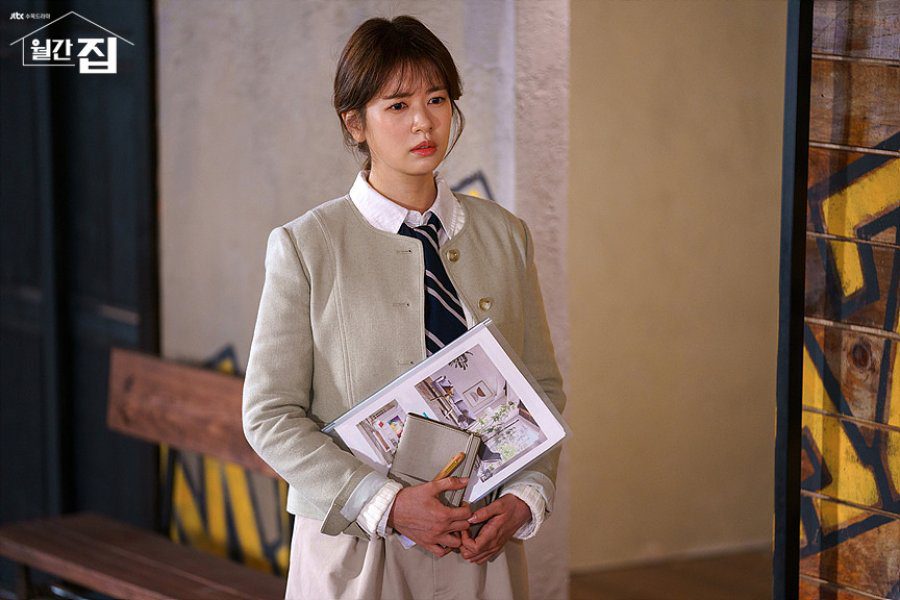 Those who haven’t yet seen the drama, or have missed a few episodes, can also easily watch the drama online. As it is available on many popular streaming sites like iQiyi and Viki along with subtitles. Kim Ji Suk, Jung So Min, and Jung Gun Joo have been cast as the main lead roles for the drama. The South Korean drama series, Monthly Magazine Home was directed by Lee Chang Min. The genres of the drama include business, romance, comedy, and drama.