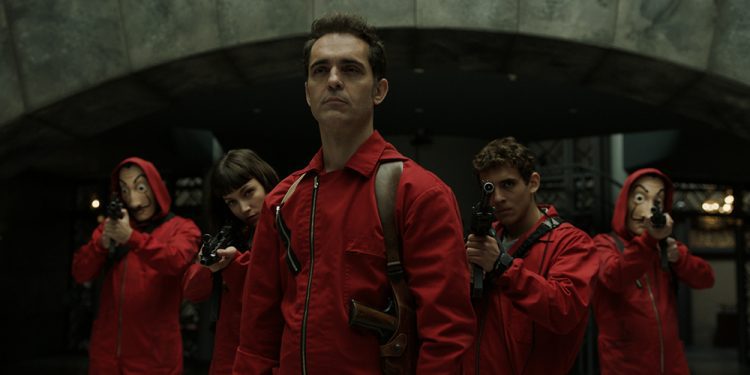 Money Heist Spin Off: Berlin gets his own series on Netflix

Money Heist Universe will continue reigning your TV screens. Even though the hit Spanish Heist crime series will end with its second volume, releasing on December 3, fans will get to see the chronicles of the hit drama in the near future. As fans are excited to continue for Money Heist Volume 2, Netflix gave them another surprise. According to the latest news, Berlin, the mastermind behind half of the heists in Money Heist, will get his own series on Netflix. The streaming giant has confirmed the news. Moreover, the premiere date for the upcoming Berlin series is also announced.

Money Heist (La Casa Da Papel) took over the Netflix audience after its global release in May 2017. The cast and the characters were fast to swoop your hearts with their acting. However, Berlin, played by the versatile Pedro Alonso, became a fan-favorite with his twisted storyline and out-of-box acting.

His character died in season 2. But, the show kept him alive through flashback sequences. Hence, the new series surrounding Berlin can also be a prequel.

Berlin From Money Heist To Get His Own Series; Netflix Confirms

Titled Berlin, the upcoming series centering around the life of Pedro Alonso’s alter ego, will hit Netflix in 2023. The actor said that he was “so happy” with the news. The announcement was made during a fan interaction event where the cast celebrated the five installments of “Money Heist.”

Alonso continued and said that he is deeply grateful to be able to connect with people all across the world. Moreover, he shared that they have been winning ever since they stepped into the limelight with “Money Heist.”

Alonso’s character was Professor’s derisive brother in the series and a much more criminally experienced character. Hence, Alonso feels that it is his duty to turn Berlin a memorable experience for all “Money Heist” fans.

In season 5, we find out about Berlin’s son- Raphael. Fans can expect to see him in the spinoff as well. Furthermore, Berlin will either be a prequel or discuss Berlin’s illness and his unfortunate death.

Before the Berlin series arrive in 2023, make sure to tune in for Money Heist’s last installment, releasing on December 3 on Netflix.

Also Read: Virgil Abloh’s Net Worth: The Popular Fashion Designer Passed Away At 41