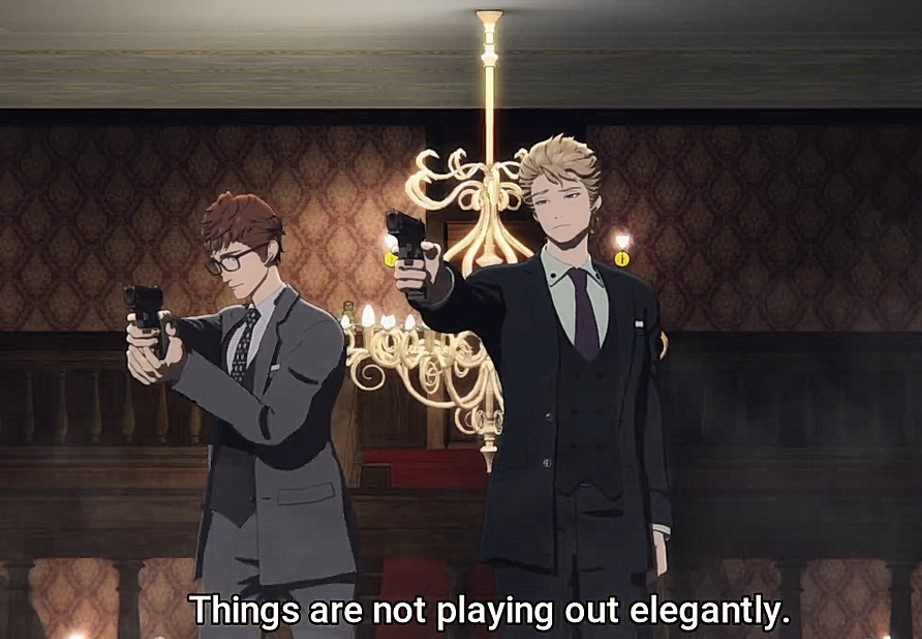 Tesla Note Episode 10 reveals the missing Shard of Tesla that turned a bear into a human being. Botan and members of Mission T went to the mountains to clear their minds after losing the Shard of Tesla. Botan wanted to quit, but she decided to continue to work as an agent to retrieve what her family had lost. Egor and his master go to the mountains, and the master wonders why Egor is barking. From Tesla Note’s latest episode, Egor and his master get attacked by a human beast, but Egor tries to protect his master.

The master tries to rescue Egor, who falls over the cliff with the human beast. They have dinner together on Botan’s side and tell Kuruma to do the dishes since he doesn’t like it when Botan praises Ryo’s cooking. Kuruma complains, and Botan reminds him that those who don’t work will not eat. He agreed to do the dishes, and Botan decided to study. Botan watches a television dog show before she studies and wishes they could get a dog. Kuruma reveals that he is allergic to dogs. He also tells the story of when he used to have a dog.

The trio receives a message from the HQ and learns that a new Shard of Tesla has been activated. Elmo receives orders to get that before the Japanese spies, and the CIA gets it. Oliver and Mikey heard the news about the incident in Russia, and they are calling that creature that attacked a Bigfoot. Mikey adds that the Bigfoot has attacked the mountain climbers. Oliver wonders if it is Shard of Tesla. But Mikey talks about the boss that is pushing him to get that Shard of Tesla. Oliver decided that he wouldn’t interfere.

Mikey promised Oliver that they would complete the mission and decided to pay for the drinks for them. Botan and Mission T head to the mountain to investigate the incidents, and Himi tells them about the eyewitness in the mountains. Kuruma saw the video and thought that the giant creature was a bear. Ryo talked about what the Shard of Tesla has done, and they believe that the Shard of Tesla can turn creatures into giants. Mision T realizes that they have to be careful searching for the target. They arrived at master’s Egor’s house at the top of a mountain.

The master wanted them to leave and wonder why they wanted him to show them where Bigfoot was. Himi tries to convince the master, but he is complicated, and Kuruma has caught a cold. The master saw Kuruma near his fire and his picture of a pet. Kuruma wonders if the master has a dog, and the master replies that it is not a dog. Botan surprises the master by revealing the name of the pet and saying it is Egor. She points to the pot and reveals that is where she read the name.

The master tells them that Egor is a precious member of his family. Botan asks him where Egor is. He reveals that Egor went missing after fighting with Bigfoot, but Egor was protecting him. But he believes that Egor is out there alive. They talk about Egor’s history, and the master reveals that Egor has saved him many times. He narrated the story when he was claiming the mountains, and Egor rescues him after falling. The master wants Bigfoot to pay, and Botan thinks that can happen if he takes them where Bigfoot is. The master agrees and realizes that Bigfoot will have no match against them.

Also Read: Vampire Yakyuken Lover vs Vampire Hunters begins In Episode 10 of The Vampire Dies in No Time

Tesla Note Episode 10 will be released on 5 December 2021. Botan and the team prepare to head to the mountains after collecting weapons. They also learn that Bigfoot has become popular after the video went viral. At the mountains, Botan and Kuruma fight with Elma, who is after the Shard of Tesla. They also encounter Bigfoot and find a sample of Egor’s hair. Botan sends Elmo flying since he wants to shoot the master. Let’s look at Tesla Note Episode 10 official updates.

Also Read: The Mystery Behind The Nether Realm Begins In Episode 9 of Shikizakura.