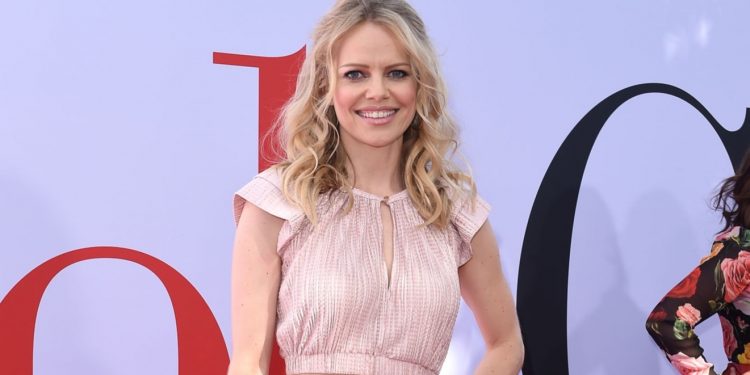 Mircea Monroe is a famous American model and actress. She has been starred in television series, episodes such as Morning Randolph, Hart of Dixie as Tansy Truitt, and others. The famous model was born on March 11, 1982, in St. Louis, Missouri, USA. Monroe was born and raised in St. Louis, Missouri, from his caring father and mother. As a child, she lived on the islands of the South Pacific, Fiji, and the Solomon Islands. Her first name is Mircea, usually the name for a boy in Romania that her father chose in honor of her favorite professor.

Her ethnicity is unknown, and her nationality is American. There is no information about Monroe’s parents or siblings. However, her father graduated from the University of Chicago and studied the history of religion. Monroe went to high school in Virginia and moved to Los Angeles shortly after graduation. She later joined Virginia Commonwealth University. Mircea is 5 feet 6 inches tall and weighs 51 kg. Her hair color is blonde, and her eyes are blue. Her body size is 36-25-36 inches.

Throughout her career, she has always maintained the utmost professionalism in her work. Her work has always been admirable, and her hard work reflects how well she has done in her career. Monroe has always maintained a decent and admirable image for herself throughout her career, without attracting rumors or controversy. Instead of attracting unwanted attention, she made everyone believe that she had no interest in being controversial.

When the two hit it off, the lovebirds were spotted strolling through London streets on Christmas Eve. Stephen lives in London with his girlfriend, Monroe. In addition, Stephen became famous for The Office, which was filmed at Teddington Studios in Greater London. The pair were later seen frequently on each other’s PDAs and on social media. It is speculated that Mircea and Stephen’s relationship will certainly last longer. However, Mircea has not revealed her plans to be engaged or hitched. Mircea currently lives with partner Stephen Merchant at Ellen DeGeneres’ recently claimed home in Nicholas Canyon in Los Angeles.

Stephen Merchant is an actor, writer, director, producer, and stand-up comedian best known for popular British sitcoms such as The Office and Extras. He has also co-hosted the Ricky Gervais show and most recently played the character Caliban in the 2017 film Logan. He was born on November 24, 1974, in Bristol, England. His father, John Merchant, was an insurance agent and his mother, Jane Elaine, was a nurse in the nursery. He has a brother, Alexandra Merchant, who is an art director.

He is of British nationality and of British descent. Speaking of education, he enrolled at Hanham High School and later received a 2:1 bachelor’s degree in film and literature studies from the University of Warwick. Stephen Merchant is very active on social media platforms. He has over 639.6k followers on Facebook, 639,6,000 followers on Twitter and over 94,000 followers on Facebook. Stephen has won numerous awards and recognitions for his outstanding roles in various films and comics. He has won three BFA Awards, four British Comedy Awards, and a Prime Time Award. Currently, Stephen Merchant has a huge net worth of $40 million.

Monroe has a net worth of $2 million as of 2021. Most of her earnings come from her work in films and television series. She starred in the comedy-drama Magic Mike, which grossed $167.2 million at the worldwide box office, despite its $7 million budget. This includes their assets, money, and income. Through her various sources of income, Monroe managed to amass wealth but preferred to live a humble lifestyle. She is active on social networks. She uses Twitter and Instagram. In addition, she has more than 20,7000 followers on Twitter and more than 93,000 followers on Instagram. However, she doesn’t use Facebook.